HeroesFollowing: A story about real people

December 23 2017
20
“Heroes - what are they? In a red raincoat and a mask, hovering over the city - or simple people who have decided to act? ”, - this is how the “MEMORY OF GENERATIONS” fund movie about the exhibition “Heroes of Russia, with which nobody saw them,” begins.


The photo project tells about those who managed to get up after a crushing blow and start a new life, and it is dedicated to the Day of the Heroes of the Fatherland. The holiday was established in honor of the establishment of the Order of St. George the Victorious by Catherine II, the highest military award for bravery and courage. Every year at the ceremonial reception in the Kremlin gathers of the Order of the Order, Heroes of Russia and the USSR, and throughout the country people say words of gratitude to veterans. And this year, Russian President Vladimir Putin again honored the heroes in the Kremlin. During the ceremony, in the Malachite Hall of the Grand Kremlin Palace, everyone could see the exposition of the photo project - portraits of the heroes of our days. We want to tell about them, about their strength, courage, overcoming.

Rafael Iskhakov: through thorns to the stars 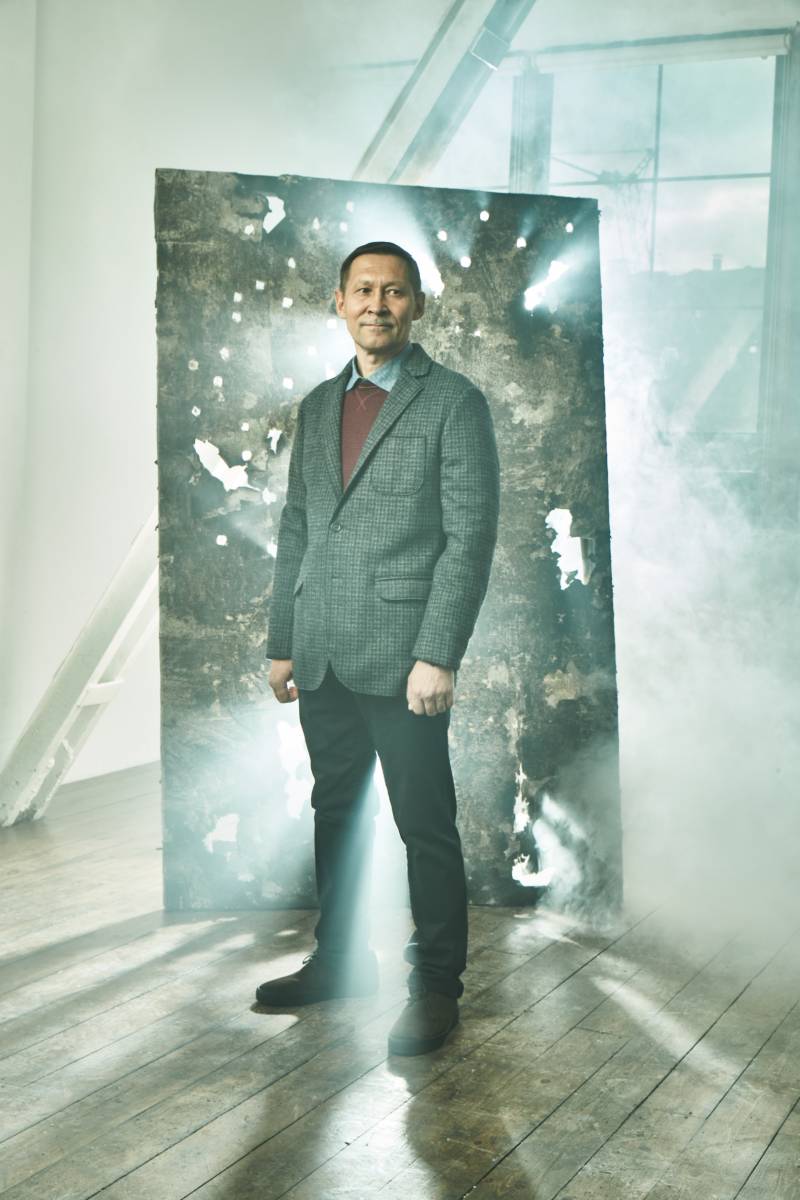 In Ufa, there lives a man who has accomplished the impossible by climbing a prosthetic to Elbrus, a mountain that many cannot conquer even on two legs. Rafael Iskhakov dreamed about it since childhood, but there was a moment when it seemed that the dream was not destined to come true. In 1984, after graduating from the Kamenetz-Podolsk Higher Military Engineering Command School, Rafael was assigned to the Moscow Military District for distribution, and from there he served in Afghanistan. In Kabul, the electrical platoon leader, Rafael Iskhakov, exploded a mine and became disabled in 22: the doctors could not save his right leg.

In the hospital, the “Afghans” were all together: looking at the guys who had suffered even more, but supported their comrades in misfortune, Iskhakov realized that he had no right to give up. From Afghanistan, he went home, finished the service - and re-learned to walk. The trauma did not affect the main life principles: Rafael Iskhakov remained a purposeful person who always strives for new heights. He participated in many sports competitions, tourist expeditions and rafting on mountain rivers, and in 2016, he fulfilled his dream and climbed Elbrus - in 54. A veteran of the war in Afghanistan does not intend to stop there and now he dreams of conquering new heights.

Fedor Riznichuk: wake up and dance 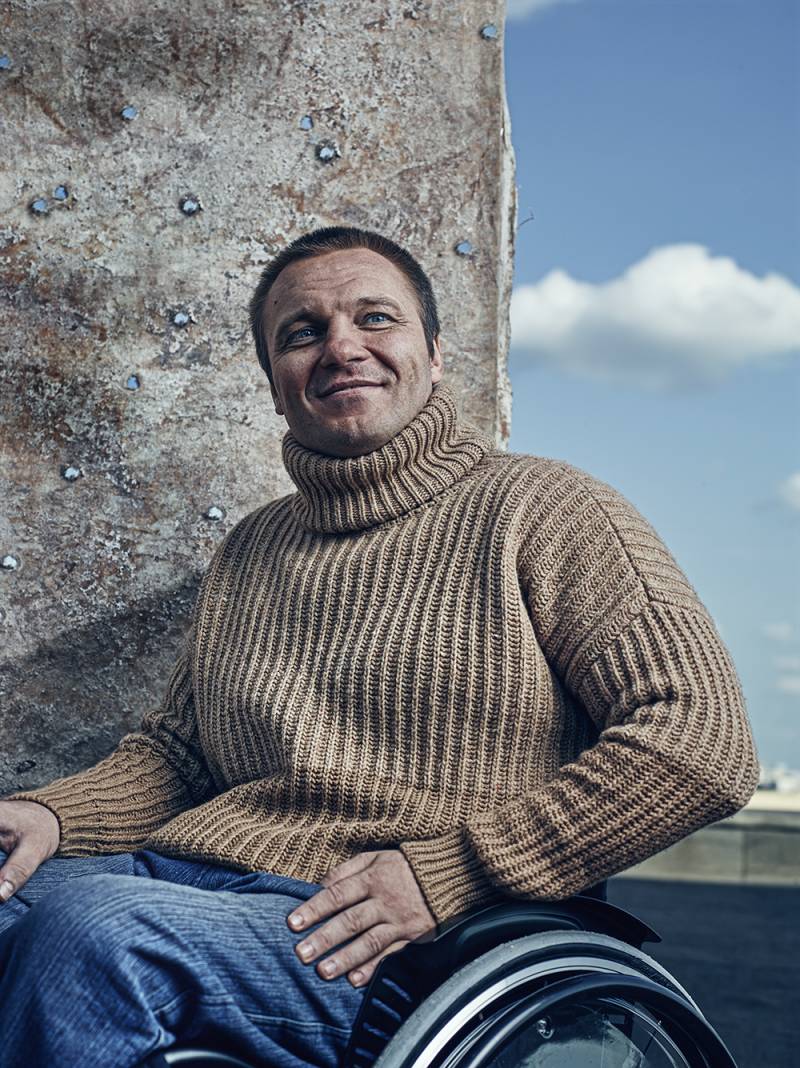 Fedor Riznichuk was born in Moldova, at the age of 10 years he moved with his parents to the Chita region. He served in the army on the Altai border, and then, after a short while returning home, he went as a contract soldier to Tajikistan, where the irreparable happened: in 23, after an injury, Fyodor lost his ability to walk forever. It was very difficult to come to terms with the new circumstances: such anguish came over that it seemed that the walls of the chamber would shrink and crush into a flat cake. But Riznichuk was able to cope - and for this he is very grateful to his mother, who did everything to bring her son back to life. After selling his village house near Chita, the family moved to the city of Andreapol in the Tver region, and the next five years were devoted to continuous rehabilitation.

Gradually, life has improved. Fedor still lives in Andreapol and works in the Emergencies Ministry in the Tver region. He 39 years, and over the years he not only did not despair, but also achieved new successes, finding himself in the sport: Riznichuk jumps with a parachute, raises the barbell, does rowing and athletics, and even dances on a special carriage, higher and more mobile, than usual. Fedor is a popular person in his native city, he is constantly invited to schools for meetings with children, he goes to sports competitions and communicates with a huge number of people. The senior sergeant of the artillery battalion confidently, like all military men, says that barriers exist only in the head, and your present and future depend only on you.

Alexander Filatov: first at the finish 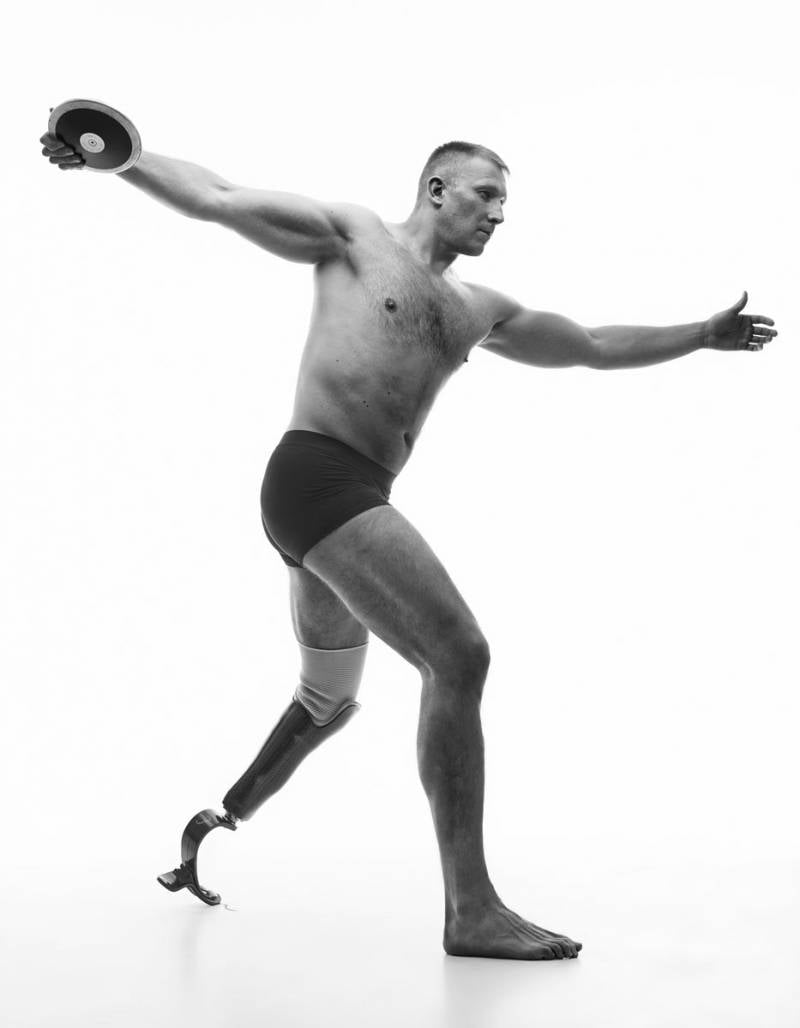 Sport helped start a new life and Alexander Filatov. In Chechnya, he stepped on a mine in battle and lost his foot. The first prosthesis was picked up unsuccessfully, the wound did not heal, complications arose, and I had to go back to the operating table. Coming out of the hospital, Filatov, accustomed to being on the front line, decided that the staff work was not for him, and he left the army. The battle with the circumstances and himself continued - but already in the sport, and here Alexander not only won a brilliant victory, but also became a pioneer and an example for many other people who found themselves in the same situation.

Filatov was the first athlete without a leg in the country, the first to acquire a running prosthesis, and became one of the first para-athletes. Now a veteran of the war in Chechnya 36 years, he is a world-famous athlete, and among his achievements - the title of master of sports of international class, multiple winner and record holder of Russia, bronze winner of the European Championship and participant in the Paralympic Games in London 2012 year. Alexander is actively involved in sports and helping to prepare for competitions for pupils of the Training Center for National Teams in Khimki, and this year Filatov’s photo with a throwing disc in his hand became the hallmark of the photo project “Heroes of Russia, which nobody saw them.”

Yegor Musinov: the man said - the man did 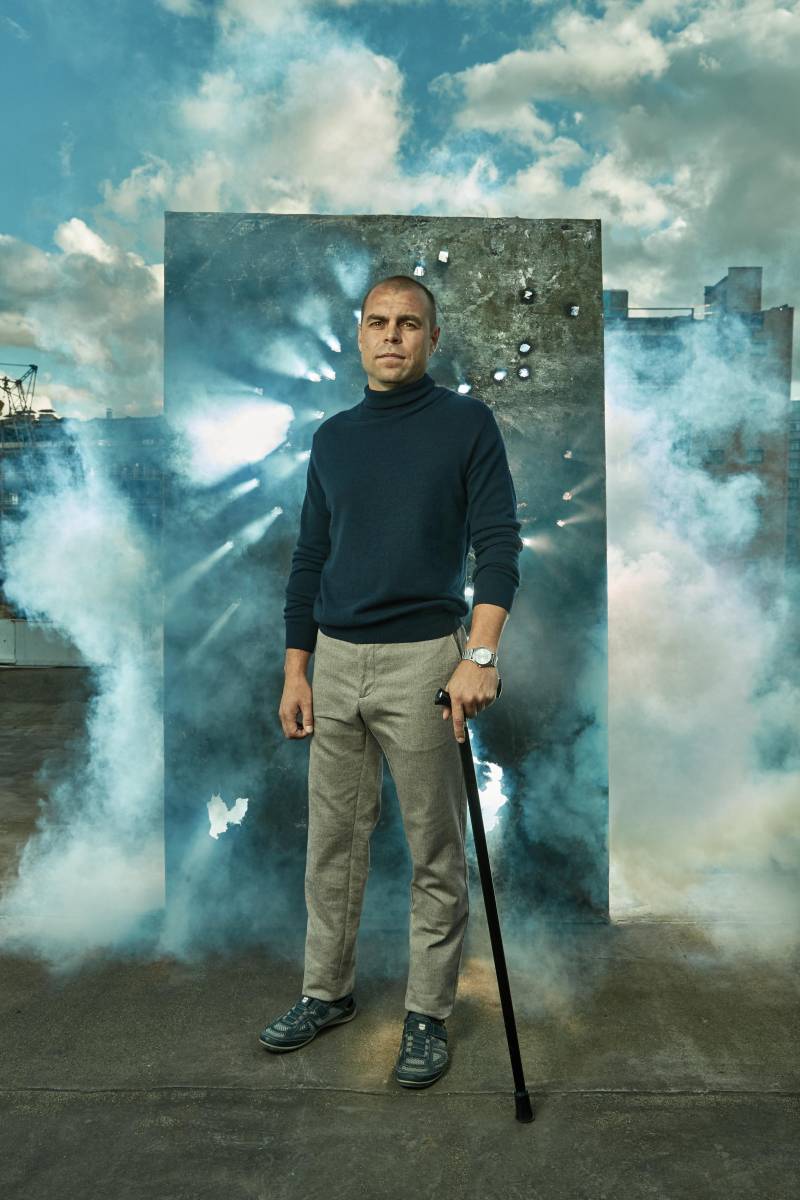 Alexander Filatov's age-mate is 34-year-old Yegor Musinov, a veteran of the counterterrorist operation in the North Caucasus. Egor served as a contractor in Chechnya as a scout-gunner, and in 2004 he was mine-exploded. The event turned out to be fateful in all senses: the Siberian guy was sent to a hospital in the Kuban, where he met his future wife, Anna. After the wedding, she persuaded him to move to the south, and had to start life from scratch, but Egor did everything possible so that his family did not need anything. He found work at a time when it was almost impossible, bought an apartment and a car, and now Anna and Egor Musinovy ​​live in Bataisk, a small town near Rostov-on-Don, and raise two children. Egor is a reserve sergeant, among his awards are the breastplate "For service in the Caucasus", the medal "For courage", "For military valor" and the Lermontov medal - for his personal contribution to the restoration of peace and harmony in the Caucasus.

Children consider dad to be a hero, not doubting that he will cope with everything, and this is indeed true - but sometimes heroes need help. Due to bureaucratic problems, Yegor was left without a prosthesis for almost a year and would have waited for him to this day if it were not for the help of “GENERATION MEMORY”. The charity fund raised money to buy a high-tech prosthesis and handed it to Egor this summer. Helping the veterans of not only the Great Patriotic War, but also of all the hostilities in which Russia and the Soviet Union took part, has already become a new charitable tradition, and this foundation started it.

By the Day of Heroes of the Fatherland, the Foundation “MEMORY OF GENERATIONS” presented another project implemented by lifestyle-photographers Daniil Golovkin and Olga Tuponogova-Volkova-photo exhibition “Heroes of Russia, which nobody saw them.” The main idea of ​​the project is to show that veterans can be completely different externally, but all of them are united by a huge inner strength that no circumstances can break.

“It is pleasant for any person to be praised for a job well done, and for our heroes work is a battle for one’s own country and a daily battle with one’s own fear, apathy and pain. All of them went through inhumanly difficult trials and survived, but none of them asked for rewards or special treatment, and did not even believe that they had done something special. They are sure that they have fulfilled their duty, and there is nothing supernatural in this, because the heroes do not imagine that it was possible to do something else. We want everyone to know about their feat, because our veterans deserve it. ”- said Katerina Kruglova, executive director of the charity foundation "MEMORY OF GENERATIONS".

The example of Egor Musinov, Alexander Filatov, Fyodor Riznichuk and Rafael Iskhakov can inspire anyone to do everyday deeds, because veterans are the real superheroes of modern times: those who take the feat as work and require nothing in return.

Ctrl Enter
Noticed oshЫbku Highlight text and press. Ctrl + Enter
We are
We don’t need a foreign land, but we will not give it to anyone!Unknown Hero of Russia - who are you?
Military Reviewin Yandex News
Military Reviewin Google News
20 comments
Information
Dear reader, to leave comments on the publication, you must sign in.