December 22 2017
11
For a long time, Russia has been engaged in the modernization of its armed forces, which leads to known consequences. The results of current programs naturally arouse the interest of foreign experts, which leads to the emergence of new research, reports, etc. The latest report on the current state and prospects of the Russian army was recently published by the American research organization RAND Corporation.


The report on the armed forces of our country was called “The Russian Way of Warfare” - “The Russian Way of War”. The document, the volume of 15 pages prepared by analysts of the organization RAND Scott Boston and Dara Massicott. As the name indicates, the main objective of the report was to identify the main trends and identify the main provisions of the Russian defense strategy. The authors reviewed information from a number of Russian and foreign official sources and the media, after which they made certain conclusions. 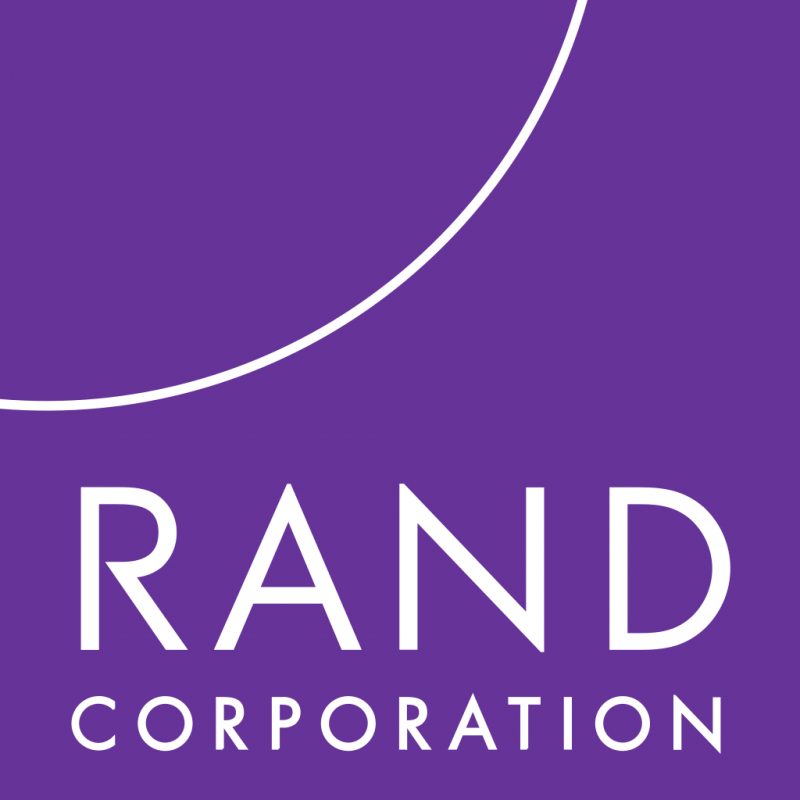 Annotation to the report “The Russian Way of Warfare” recalls that in the recent past, Russia carried out a major reform of its armed forces, which led to an increase in their potential in several key areas. According to the results of the reform, the army became better, which made it a reliable tool in the hands of the authorities, suitable for upholding national interests. Russian strategists, concerned about the capabilities of a developed potential enemy, fear full-scale hostilities. In this regard, they strengthen certain parts of their defense, and also focus their efforts on maintaining influence in the near abroad.

As the authors of the RAND Corporation write, recent Russian operations demonstrate several basic approaches to solving combat missions. The Russian army is distinguished by a high degree of coordination of all the armed forces, and also uses deception and simultaneous work of different units. All this allows you to reduce your own vulnerability and solve your problems as quickly as possible.

American experts believe that the tactics of Russia is to achieve and maintain superiority over the enemy. To do this, use all available means of reconnaissance, a variety of means of destruction, as well as the speed, surprise and interaction of troops. All this allows the army to meet the enemy fully armed and immediately crush him.

Studying the Russian “path of war”, foreign analysts have compiled a list of the main provisions of Russia's strategy and tactics, defining all of its actions in certain situations. A similar list with the name "Ten Key Characteristics of Russian Warfare" includes the following theses.

1. The armed forces of Russia are being built to protect their territory, critical facilities and settlements. To solve such problems, a complex multi-layer integrated air defense system is created, including a limited number of strong points. With the help of such means of defense, the Russian army can gain time for the correct reaction to a possible attack.

2. Defending its lands, Russia intends to avoid a full-scale confrontation with an enemy with similar or slightly lower military potential. To reduce the negative consequences of such a conflict, it is proposed to use protective and shock systems that are characterized by a large range of action. With the actions of their borders, such weapons provide an additional advantage.

3. Given certain weaknesses when confronted with equal or less strong rivals, Russia will try to use the strategy of indirect actions and look for asymmetric ways to influence the situation, which will allow to correct unwanted imbalances. Using measures aimed at controlling the development of events and the escalation of the conflict, the Russian side may try to stop the hostilities.

4. The best means of controlling the situation and “insurance” for Russia are arsenals of strategic and tactical nuclear weapons. Russia may threaten the use of such weapons. It is also possible to use it in response to a conventional attack, undermining the sovereignty of the country or threatening the nuclear deterrence of a potential enemy.

5. Several Soviet and Russian operations were carried out using the Coup de main tactic — a sudden, powerful and swift strike in the decisive direction. Such a strategy allowed in the shortest possible time to obtain the desired result. The specialists of the RAND Corporation believe that in the future Russian military leaders will continue to use such tactics, especially in pre-planned operations.

6. Recent reforms have led to a certain reorganization of the ground forces of the armed forces of Russia. The total number of subunits and formations has decreased, while the share of constant readiness units has increased significantly. Such connections, having received an order, can in the minimum time proceed to combat work, which will be a good response to any crisis situation.

7. In the framework of potential conflicts, the Russian armed forces can use both traditional and new approaches. In particular, special units, various armed groups and sympathetic civilians will play a prominent role in the fighting. Such structures can conduct reconnaissance and target designation, raising the situational awareness of the troops, or actively participate in battles.

8. At the tactical and operational levels, Russia can focus on hitting certain targets. The priority objectives of strikes in this case should be the objects of the communication system and control of the enemy forces. To solve such combat tasks can be used traditional kind of ammunition, electronic and cyber-systems, as well as direct actions of military units.

9. The Russian armed forces have a limited number of high-precision weapons with a large range. These strike weapons can be used against operational or strategic targets at a large depth of enemy defenses. First of all, targets for high-precision long-range missiles will be stationary objects with predetermined coordinates.

Having described the 10 key features of the Russian Armed Forces in their current state, the authors of the report S. Boston and D. Massikot proceeded to a detailed disclosure of the topics listed. The next few sections of the document are devoted to the analysis of the main theses on the example of specific situations, as well as in the context of real actions and their consequences. Analysts of RAND Corporation reviewed the process of the formation of so-called. A new look, launched a few years ago, and also made certain conclusions about the current state of affairs and the results of reforms.

It should be noted that such analytics is based on well-known facts, which were repeatedly announced in the recent past and now. As a result, The Russian Way of Warfare simply lists news recent past and available information, accompanied by evaluations in the spirit of current American views. At the same time, American experts recognize that, as a result of the reforms, the Russian army has noticeably increased its potential and is able to conduct military operations in various regions with tangible results.

Much more interesting is the section of the report “Tactics: Hit Hard, Move Fast” (“Tactics: hit hard, move fast”), in which the authors attempted to compare the structures and tactics of the armed forces of the Russian Federation and the United States. It turned out that the two countries use different approaches to the formation and combat use of army units, and the characteristic features of the Russian army give it certain advantages.

The Russian army, while maintaining the potential for war with a well-armed and well-trained opponent, learned how to properly deal with illegal armed groups. At the same time, the main capabilities for air support, electronic warfare, etc. were retained. The US Army, in turn, was optimized for solving problems typical of conflicts in Afghanistan and Iraq. In such a situation, Russia will seek to disrupt the correct operation of the likely adversary using percussion or radio-electronic means, as well as cyber-systems. In addition, air defense, as well as rocket troops and artillery will be of great importance.

One of the characteristic features of the Russian ground forces, the authors of the report call a large number of artillery and missile systems capable of firing beyond the line of sight. For example, a typical American ground mechanized brigade has only one artillery battalion. In motorized rifle or tank For the Russian troops in the brigade, the share of artillery is noticeably greater. For three motorized rifle and one tank battalion in the brigade, there may be two subunits with self-propelled artillery, one with multiple launch rocket systems, etc.

The following diagram, shown in the report, shows the ratio of the shock capabilities of artillery units from the US and Russian brigades. Russian troops have a greater number of both individual systems and subunits, which gives obvious advantages in the strength of strikes and the depth of the defeat. Properly using various additional factors, such as the location of the theater of operations, etc., Russia may receive other advantages.

Although the main results of the analysis of the current situation were put into the section “10 key features”, which was posted at the beginning of the report, the authors nevertheless added a full-fledged section-conclusion to it. Brief results of the study were placed in the section with the obvious name “Conclusions”.

Summing up their research, the authors of the RAND Corporation recall that the modern Russian army "has grown" from the armed forces of the Soviet Union. Despite such an origin and a certain dependence on its predecessor, the armed forces have changed noticeably in the past tense. All these changes, as noted, reflect the realities of the current situation and the challenges facing the Russian leadership.

At present, Russia does not have human resources comparable to the capabilities of a probable enemy, and also cannot fully reduce the lag in speed, range and power of modern high-precision percussion systems. In the modern period, the Russian command had to face a specific situation in which the traditional advantages of the army ceased to be so or lost some of their potential. Solving the tasks of the defense of their country, the Russian leadership has taken certain measures and is building renewed armed forces with the required potential.

The Russian armed forces are a little similar to the Soviet army, differing from it in the smaller sizes, forces or depth of ideological preparation. However, they have already managed to show a growing potential in various fields, based on the traditional advantages of one kind or another. All this allows solving the arising tasks at a tactical and operational level with greater efficiency.

The reform of the Russian armed forces has been going on for several years and for a long time has led to the desired results. The structure of different types of troops and types of armed forces is being finalized, as well as the purchase of new types of weapons and equipment. All such measures have led to a noticeable increase in the potential of the army and increase the country's defense. The results of the adoption of special measures naturally attract the attention of foreign experts and lead to the emergence of new interesting reports. So, a few days ago, RAND Corporation presented its views on the observed events.


The full text of the report of the RAND Corporation "The Russian Way of Warfare":
https://rand.org/content/dam/rand/pubs/perspectives/PE200/PE231/RAND_PE231.pdf