December 21 2017
41
The Seimas of Latvia in the final reading adopted a law on the status of a participant in the Second World War, which will be received by Latvian citizens who fought both on the side of the USSR and on the side of Nazi Germany.


According to the bill, only those Latvian citizens who were as of June 17 of the year 1940 and who fought in regular units against the USSR and Nazi Germany from that day to September 1 of September 1945 can become participants of the war in Latvia. 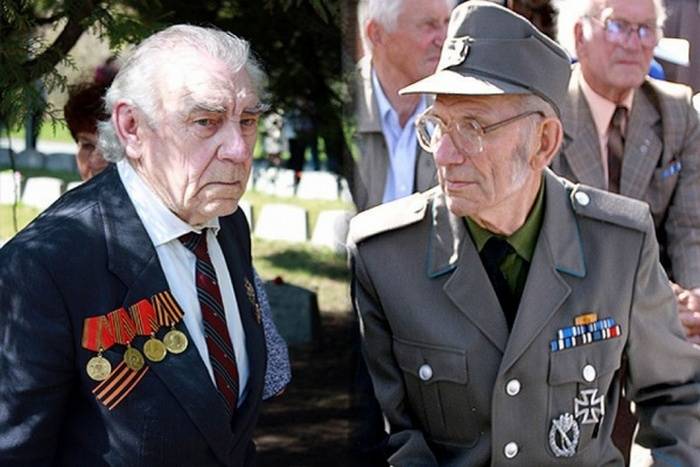 Those who still will be officially recognized as a participant in the war will be given a certificate and a badge. Former members of the Nazi Party, the Gestapo, as well as former KGB officers and soldiers of the Soviet bases who appeared in Latvia in accordance with the Soviet-Latvian mutual aid pact of October 5 from 1939 cannot count on status.

From the state of material support to veterans is not allowed. Veterans will still have to document their compliance with the criteria. It is characteristic that the presence of the Russian status of a veteran of the Great Patriotic War is not in itself a basis for recognition as a participant in the Second World War in Latvia.