December 21 2017
15
An image of an armored reconnaissance vehicle appeared in the Internet, which is in service with the battalion of counter-terrorist special forces TURAN. Nearby also captured one of the most popular vehicles of the Syrian army - GAZ-3308 "Sadko", reports Messenger of Mordovia. 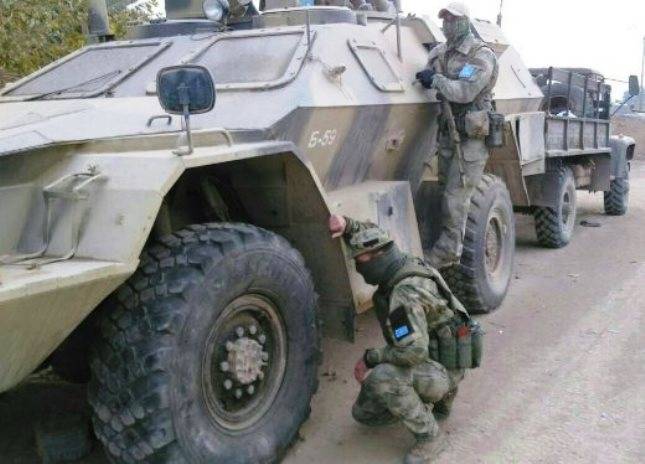 For the first time, “Shots”, also known as BPM-97, were seen in Syria in the autumn of 2015. “However, unlike the car in the photo, then the equipment did not have any weapons - the first to get to the“ hot spot ”were samples of the earliest modifications,” the newspaper notes.

More modern versions of the machine, as a rule, are equipped with a 12,7-mm machine gun "Kord" or 30-mm automatic grenade launcher AG-17 "Flame".

The weight of an armored vehicle is about 10,5 tons, its capacity is 8 paratroopers plus a crew of 2's.

Armored cars of the “Shot” family are used by both the regular army of the SAR and allied volunteer forces fighting against terrorists.