German media: Russia has rehearsed the "attack on Europe"

December 21 2017
46
In the course of large-scale military maneuvers "West-2017", Russia rehearsed not "the fight against terrorism, but the war against NATO," writes the newspaper Bild with reference to "data from Western intelligence services." 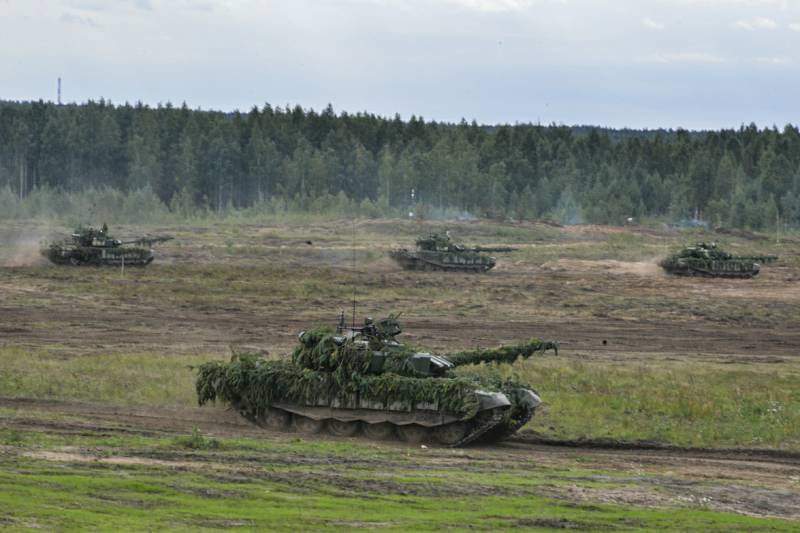 The scenario of the exercises was based on the “occupation of the Baltic States and Belarus in a few days.” The “shock campaign” was also rehearsed against the NATO states, including Germany, the Netherlands, Poland, Norway and neutral Sweden and Finland, the author maintains.

According to the newspaper, during the exercise, Russia sought to "neutralize the airports and ports of the Baltic countries and seize control over them in order to prevent reinforcements from NATO countries." The Russian VKS "rehearsed the bombing of Western European targets and approached the German and Danish coast from the North and Baltic Seas."

In the event of a real war, their goal would be critical infrastructure, including airports, ports, power stations, etc., to cause a shock to these countries and for the population to demand a truce from the government,
leads the article InoTV.

In addition, according to newspaper sources, the Russian strategic bombardment would have been accompanied by an Iskander missile attack against NATO targets in the Baltic region.

It is likely that such attacks were also rehearsed as part of the Zapad-2017 exercises, the author notes. “In order to weaken NATO’s capabilities in the event of Russia attacking Estonia, Latvia and Lithuania, the exercises also included defense against submarines and air defense throughout the Baltic Sea.”

In the event of a war against NATO, Russia “would have attacked both Sweden and Finland,” and this attack “was rehearsed in September,” the newspaper writes. According to sources from the Ministry of Defense of Norway, in the framework of the exercises, Russia also tested the "bombardment and capture of Spitzbergen."

According to the author, a rehearsed scenario would be useful in the case of “color revolutions”, for example, in the same Belarus or other post-Soviet countries.

We know that in 2008, Moscow had a plan to attack the Baltic countries, if the US intervened and defended Georgia from a Russian invasion,
said one of the Bild sources.

“If the West tried to recapture the territories occupied by Russia in the Baltic States, the next step would be to use a tactical nuclear weapons“- scares the man in the German newspaper.

Ctrl Enter
Noticed oshЫbku Highlight text and press. Ctrl + Enter
We are
Telegrams from WikiLeaks reveal NATO’s secret plans to protect the Baltic states from Russia ("The Guardian", UK)
46 comments
Information
Dear reader, to leave comments on the publication, you must to register.