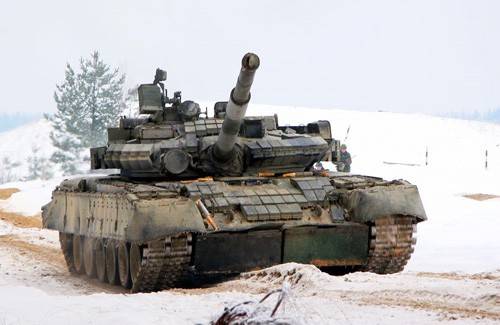 Behind the most significant world events in Europe, Syria and in the east of Ukraine, very few analysts and world mass media drew attention to the fact that Russia announced the creation of one more Airspace Forces in the Far East of the country.

His task will be to cover this region from an aerospace attack. The new military structure will include anti-aircraft missile, radar and aviation parts. At the second stage, the creation of another similar connection awaits Sakhalin, the Kuril Islands, the Sea of ​​Japan and the Sea of ​​Okhotsk.

It should be noted that the specifics of Russian air defense systems of the C-300 type of various modifications, C-400, and C-500, pending the adoption of the armament, are much longer (up to 400 kilometers or more) range. The target detection range of the latter will be 800 kilometers altogether.

The Russians already have their own MiG-31BM type interceptor fighters in this region, with a range of about 1000 kilometers and speed up to 3000 kilometers per hour, capable of hitting air targets at a distance of 300 kilometers.

In addition, the newest Russian fighters of the 4 ++ type, such as the Su-30 and Su-35, as well as the Su-34 front-line bombers, possessing outstanding flight characteristics, are already located here.

In particular, the range of such airplanes without refueling ranges from 3 and a half to 4 thousands of kilometers, they are equipped with the most modern types of air-to-air, air-to-ground and air-to-ship weapons.

It is obvious that such associations are created for a reason, and to cover something very important. For example, cities with a large population, military and industrial infrastructure, etc.

However, the Far Eastern regions of Russia are very poorly populated, the actual population density here is very small.

So what are the Russians going to cover here?

To protect Petropavlovsk-Kamchatsky and several bases of the Russian fleet, such forces are clearly redundant. In Chukotka, it’s hard to talk about such a concept as a city, given that the largest of them, Anadyr, has a population of just over 15 thousand people.

Do Russians just spend billions of dollars like that?

However, any more or less knowledgeable analyst in the military-political sphere will conclude that this is simply impossible. In certain situations, sparsely populated territory is no longer a disadvantage, but an advantage.

And everything becomes clear if we evaluate the deployment of contingents of US forces in the world. Canada in this situation can not be remembered at all, given the size and state of armament of its army.

The US military is scattered around numerous military bases around the world. Carrier groups are never fully prepared. At best, no more than half of them are at sea or ready to go.

The number and condition of military units and contingents of ground forces in the United States and Canada can in no way indicate that they are ready to fight on their territory. Moreover, they are generally supercritically small for combat operations ...

Let me remind you that Canada has already conducted an “experiment” on its territory, which showed that it is not easy to capture it, but very simple.

On 5 30 in the morning minutes 19 in February 1942 of the year1942, the Canadian city of Winnipeg was awakened by air-raid alerts. After that, artillery volleys thundered over him. And then a whole regiment appeared on the city streets ... of the German Wehrmacht.

Local reservists, suddenly alerted, found themselves in complete prostration and almost failed to offer resistance. They only lasted for 45 minutes of indiscriminate firing towards the enemy, a chaotic and useless undermining of bridges, and further flight towards residential areas.

Although the main streets and road junctions held light Tanks Canadian 18th Manitoba armored regiment, and around the city rolled out as many as 30 anti-aircraft machine guns in cars, the defenders of the city were pushed to the city hall building and taken into the ring.

Although then Canadian newspapers wrote about some kind of “desperate” resistance, there was simply no such thing, and Canadians surrendered through 4 (!!!) hours after the start of hostilities. And the Canadian province of Manitoba became completely German.

The Nazis arrested the mayor of the city and other officials, priests and teachers. Winnipeg itself was renamed Himmlerstadt. The main street was called Hitlerstrasse. The fascists introduced censorship in the press. City newspapers came out with white spots. On the streets of Winnipeg, fires were lit up, where books were burned, and the Reichsmark was introduced instead of the dollar.

Leaflets appeared on the pillars where new rules were neatly painted: curfews were introduced, meetings of more than eight people were banned, each homeowner had to take five soldiers to wait for all national emblems except the swastika, to be destroyed, etc.

The most interesting thing is that there was no resistance of residents and the appearance of volunteers who wanted to immediately fight the aggressor.

In fact, it turned out that this attack was ... a staging, the purpose of which was the desire to wake up hopelessly dormant fighting spirit of Canadians who did not want to fight in Southeast Asia and surrendered to the Japanese polls, as happened in Hong Kong.

The second main task was to force the local population to acquire ... shares of a military loan.

In the end, the task was completed. But at the same time, this incident showed that the Canadian army is not ready to fight on its territory. And those times, little has changed.

Let us return, however, to modernity and Russians.

It is absolutely clear that the actual occupation of Ukraine by the United States was perceived in Russia as a blasphemous invasion of its interests. And economic anti-Russian sanctions, an open invasion of domestic political life, pursuing the goal of removing Vladimir Putin from power, have completely strained relations between the Russian Federation and the United States.

By taking such an aggressive course, the US has left Moscow no choice. And it is very dangerous.

Imagine a situation where armed people suddenly appear in the endless desert, deserted expanses of Alaska, and when they meet with the local population they declare that they are participants in military exercises. It is not possible to track the paths of their appearance, since all means of reconnaissance, including satellite, are choking with noises of unknown origin. The same fate befalls satellite and mobile communications, which few local residents are trying to take advantage of in order to learn more about what is happening.

The Americans believe that the unknown, using electronic noise, were able to secretly cross the Bering Strait over the ice from Russia, but cannot prove it.

A number of world capitals recognize the independence of Texas, California and some Indian tribes.

Since there are no US naval bases in Alaska, and only coast guard boats are available, no one knows how unknown people got here. While the command of the combined base "Elmendorf-Richardson" is trying to understand the situation, it turns out that larger military units, including tank ones, are already present in the territory of Alaska.

Then it becomes clear that these are Russian-made T-80 tanks, nicknamed "flying." They are equipped with gas turbine engines and are perfectly adapted for operations in arctic conditions. T-80 in large quantities are in service with the Eastern District of the Armed Forces of Russia. Some of them, according to rumors, may have been transferred to North Korea.

Only a few days later, the governments of the United States and Canada become aware that the 25-I Infantry Division of the US Army as part of two brigades either died or gave up.

Alaska's airspace is already controlled by the enemy. It is not known who owns the Su-30, Su-35 and Su-34 aircraft. Then it turns out that they have identification marks on them, probably North Korea. However, some observers claim that they are Syrians or Iranians, who also received such planes from Russia. 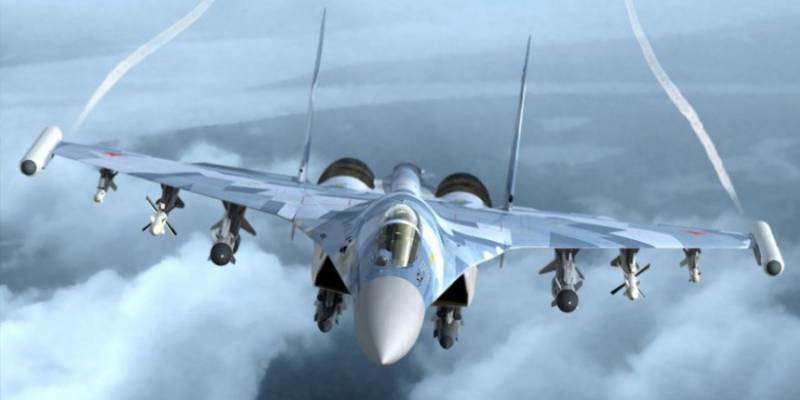 Kim Jong-un, Bashar Asad and Hassan Rouhani refuse to recognize the participation of their troops in the fighting and say that it may be some volunteers or mercenaries from their countries.

Moscow also does not recognize its participation in the conflict.

The US Air Force in the region has only military transport aircraft and a certain number of F-22 fighter jets, which can in no way counteract either the Air Force or the ground forces of the enemy.

While in Washington and Ottawa understand, who attacked and what to do, highly mobile troops of the enemy are already in Canada.

The possibility of using their own nuclear weapons on its own territory, the White House, of course, refuses to consider.

Appeals to the UN are buried in endless bureaucratic delays, which in the past gave rise to the United States itself. In addition, a huge number of states to which the United States in one way or another annoyed, prefer with a gloating just to watch what is happening.

NATO, represented by European countries, prefers to stay away from the conflict: Europeans, satisfied with their security, flatly refuse to take part in the conflict, referring to the lack of evidence of the adversary’s membership in any state.

Starts an urgent transfer of US troops from other countries. However, the US military transport aircraft is not able to cope with this volume of traffic. And the collection of reservists and their transfer to the storage sites of military equipment on the territory of the United States also takes time. ... This is not to mention the fact that the transfer of troops by sea takes even more time.

In the United States, the police and the US National Guard, as well as volunteers from the local population, are trying unsuccessfully to resist the invaders. However, they are critically lacking heavy weapons. In addition, the base storage technology fall under the blows of cruise missiles of unknown origin.

As far as such a scenario would not be fantastic, it is quite real in the future.

The United States has already rebuffed most of the world against its insane policy. And its further continuation will inevitably lead to the formation of alliances of states that use for their own purposes the same methods that the United States is currently using against its opponents.

It would be better for the United States to pay attention to the defense of its territory than to engage in endless tensions and fight in the rest of the world.

And in general: Mr. Trump, you can not endlessly and with impunity pull a pack of tigers for a mustache.

Ctrl Enter
Noticed oshЫbku Highlight text and press. Ctrl + Enter
We are
A great interview with Sergey Lavrov: about Ukraine, Obama and IranWhat you didn't want to know about England
Military Reviewin Yandex News
Military Reviewin Google News
50 comments
Information
Dear reader, to leave comments on the publication, you must to register.