Two letters from Saakashvili to Poroshenko confirm: Washington is bad in Ukraine

About Mikhomaydane you can write at least every day. True, every day it will become increasingly uninteresting and uninteresting. But sometimes its members manage to surprise us. Three such events took place literally one after the other.

So, in Kiev in the last few days, really important events have happened, which, if they are taken apart, make it possible to understand the essence of what is happening on the so-called “Maidan”. I did not specifically write in my own time a separate material on the first letter of Mikhail Saakashvili to Petro Poroshenko, but only mentioned it in passing, in the context of the events taking place then.

In itself, it was not interesting, although it was ridiculous to read a short note of an offended boy, who called upon the evil uncle Poroshenko to "live together." But the second, now open letter of appeal, puts many not completely understandable events on Mikhomaydan into place. And now it makes sense to sort out these two “documents” in detail, and also to recall once again the storming of the Winter Palace, that is, the October Palace in Kiev.

So, here is the text of the first letter: 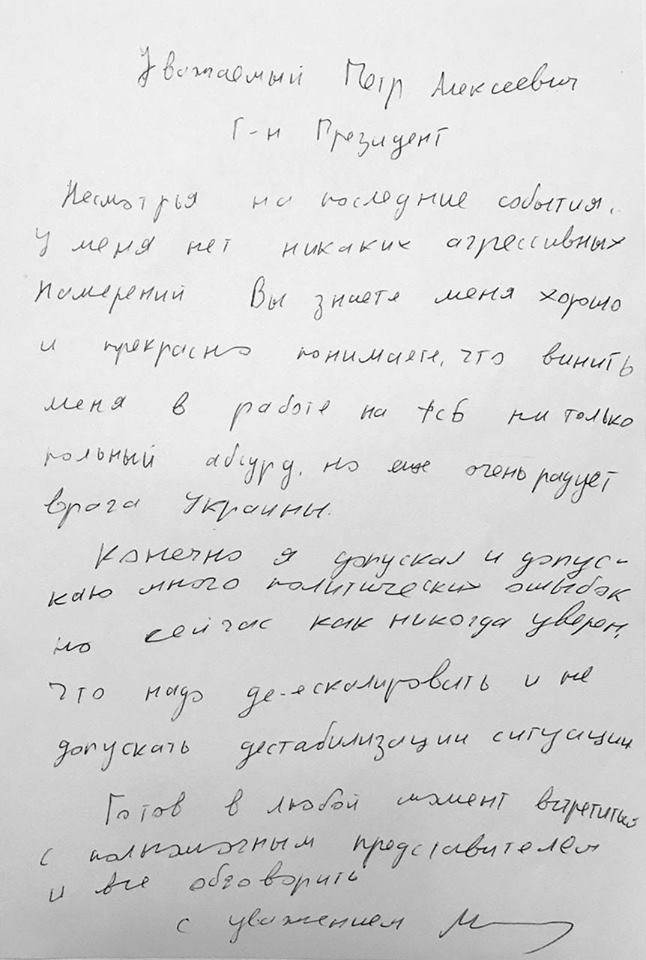 In itself, as I said above, it was not interesting, but along with the assault of the October Palace that followed two days after it, and it was also used by Petro Poroshenko as a murderous weapon against your opponent. Before the population of Ukraine, the fiery "fighter for happiness" of the people was shown to be a weakly character and inconsistent scoundrel.

Will there be a normal leader to write a conciliatory letter and in two days go storm the palace with the children ... Yes, Petro Poroshenko played this game masterfully.

Understanding perfectly well that he made a gross mistake, Saakashvili became nervous and made another one. He wrote a second letter. 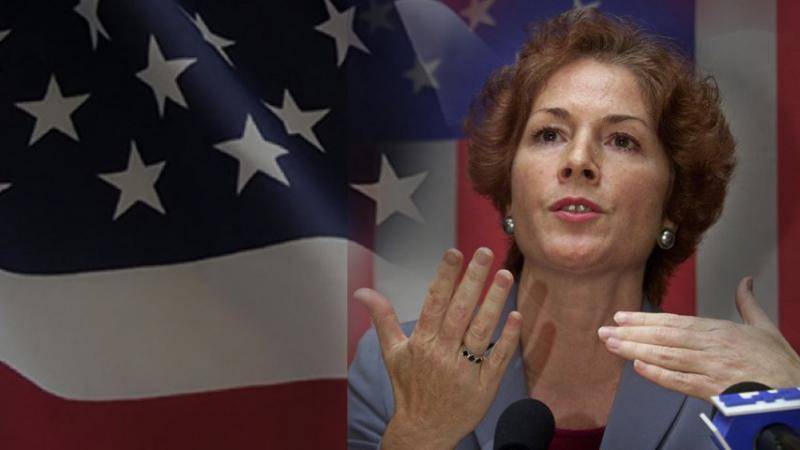 The idea of ​​the first letter, according to Mikhail Saakashvili, did not belong to him, but to “ambassadors of friendly states” (I would say directly: US Ambassador Marie Yovanovitch), and this is very great in assessing what is happening.

The text of the second letter I will not give (it is long), who are interested, can read it here.

So, what the words of Saakashvili speak about. It turns out that the United States actually recognized the failure of the operation, let's conditionally call it “Mikhomaydan”, and advised the ex-president of Georgia to go with Poroshenko to the world. And without any preconditions.

It is very important. This emphasizes that Washington perfectly understands the real situation in Ukraine and is looking for an acceptable way out.

The main objective of the first letter was an attempt to pull Saakashvili out of the failed project without losing face. Allegedly, he became higher than his own ambitions and gave Poroshenko for Ukraine. Thus, the United States retained its face, showing everyone that they were able to influence the situation.

The second is a very important point. Reaction Poroshenko. He gave the command to merge this information in the media and publicly humiliate his opponent. Did he know that this was an indication of Washington? 200%, that he knew, even if Jovanovic herself didn’t call him about it and didn’t say that Misha wanted to tell him something interesting.

Which is very likely. 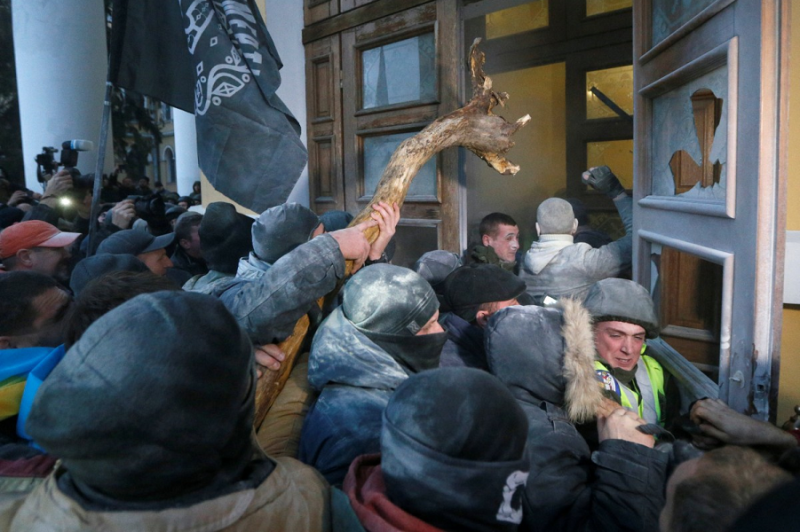 The second reaction Poroshenko to this letter was a provocation with the "assault" of the October Palace. In which the children's events were held (by the way for the children of the participants of the ATO). And Misha, like the last dolt, fell into the trap set for him.

And he was lured there by his comrade, and at the same time Poroshenko provocateur Yegor Sobolev.

All this, I emphasize, happened already after Saakashvili, with the filing of the State Department, backed down. Pyotr Alekseevich not only did not accept Saakashvili (Jovanovic )’s outstretched hand, but also used the manifested “weakness” of his opponents for his own purposes in order to finally roll his opponent into the asphalt.

Two more important words in the second letter. Why do I think this is the third stupidity? First, Saakashvili, as we already understood, could not speak of the role of “ambassadors of friendly states.” And secondly, this entire document is a complete excuse for its mistakes. So people who want to be considered winners do not act. Slacks and losers do not like everything and everywhere. Saakashvili, in a letter, set himself up as such a whipping boy, who, having received the cuffs due to him for the role, ran to complain to Jovanovic, and now, like a real 50-year-old infantil, he complains that the bad boy Petya did not listen to the words "teacher." And he did it in public.

And who advised him only to this? Is Jovanovic again?

In general, Misha proves again and again with his behavior that he is a pathological loser, capable of achieving something only in the complete absence of resistance from the enemy. And as soon as this happens, it turns into ... Saakashvili.

Ctrl Enter
Noticed oshЫbku Highlight text and press. Ctrl + Enter
We are
Saakashvili and his "roof"Don't pass by
Military Reviewin Yandex News
Military Reviewin Google News
33 comments
Information
Dear reader, to leave comments on the publication, you must to register.