Nicaragua will acquire two patrol boats in the Netherlands

December 20 2017
16
The National Assembly of Nicaragua, at the suggestion of the government, approved the allocation of 9,8 million dollars to finance construction for the Nicaraguan Navy (Fuerza Naval del Ejército de Nicaragua) of two large patrol boats of the project Stan Patrol 4207, reports bmpd with reference to the magazine "Jane's Defense Weekly". 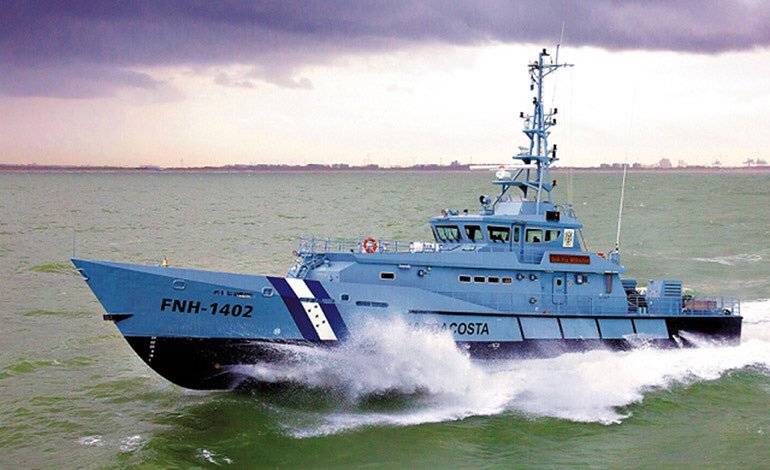 The order for the construction of boats will be carried out by the international shipbuilding group Damen Shipyards Grou, headquartered in the Dutch city of Gorinchem.

The shipyard “BV Scheepswerf Damen Gorinchem” of the Damen group in the Netherlands will be directly involved in the construction.

Thus, Nicaragua will become the next (approximately the twentieth) customer of the popular Stan Patrol 4207 project on the world market.

The Damen Stan Patrol 43 class 4207-meter boats are armed with an 40-mm artillery mount. They are designed to patrol the exclusive economic zone, the defense of the country, the protection of the rule of law at sea.