December 20 2017
7
Moscow and New Delhi have no controversy over military-technical cooperation, and various media reports on this are speculations, reports RIA News statement by the Indian ambassador to Moscow, Pankaj Saran. 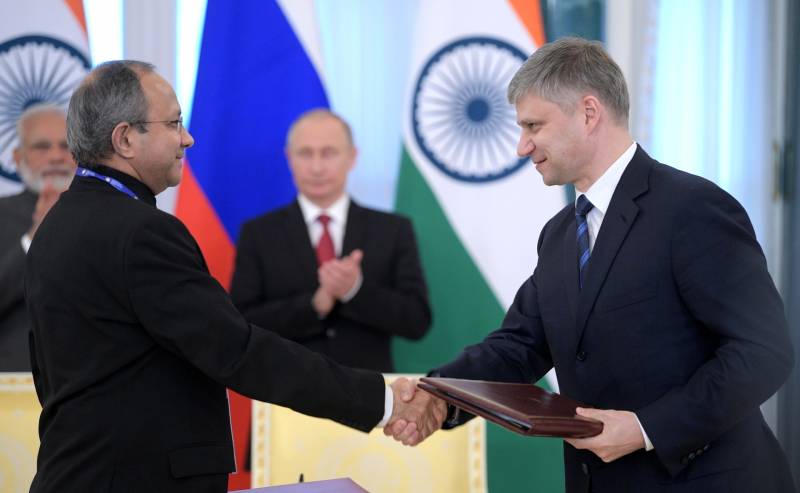 Earlier it was reported that Moscow suspected the Indian side of admitting representatives of the US Navy to the Russian nuclear submarine of the 971I project, which since 2011, under the name Chakra, is leased from the Indian Navy. The head of the FSMTC of Russia Dmitry Shugaev called these messages, based on the stories of some sources, "stuffing."

Those publications that appear in the media, they are inspired by stakeholders. We hope that the media will be more responsible and objective in their publications and will not distort the facts
said the Indian ambassador.

He noted that now New Delhi with its Russian partners "is concentrating more on producing more in India using Russian technologies ... thus continuing the history of past successes."

One of these successes was the joint production of the BrahMos missile. We have other projects that are currently being discussed, and it is planned that all of them will be implemented through the government program in in India. These projects are actively developing,
added saran.

Ctrl Enter
Noticed oshЫbku Highlight text and press. Ctrl + Enter
We are
In TSAMTO declared unfair competition in the field of military-technical cooperation from the US
Military Reviewin Yandex News
Military Reviewin Google News
7 comments
Information
Dear reader, to leave comments on the publication, you must sign in.