The impoverishment of Western countries is no longer possible to conceal

December 21 2017
152
This is very similar to the propaganda of Soviet times, but, alas, in this case we are talking about the findings of the UN and the leading economists of the world. 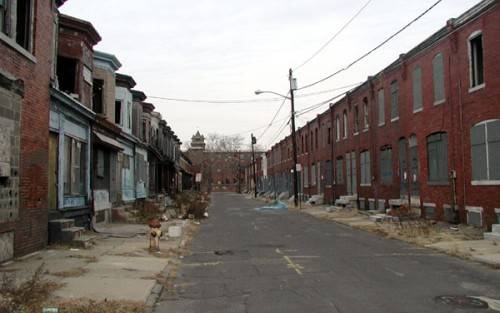 Last week, a report was published “On Inequality in the World”, in which more than 100 economists from different countries participated. This team was led by a Frenchman - author of the best-selling book “Capital in the XXI Century” by Tom Piketty. The statistics collected by him and his colleagues convincingly proves that the capitalism that the citizens of the former USSR prayed for thirty years ago no longer exists in nature.

Today's capitalism is more like Dickens novels: the rich get richer, the poor get poorer. Both those and others are ghettoized - but someone in the protected villages, and someone in the slums. Social elevators, if they work, are only driven down.

The authors of the study analyzed the rate of income growth in different segments of the population over the past 36 years. It turned out that since 1980, 27% of the total increase in world wealth went to 1% of humanity, and 4% came from 0,001% - that's about 76 thousands of the richest people in the world.

At the same time, the growth rate of the income of the notorious "middle class" (that is, those who are between the 50% of the most needy and the 1% of the super-rich) has slowed down and has almost stopped by today. If the current trend towards the impoverishment of the masses and the enrichment of millionaires continues, in 2050, 0,1% of the world's population will have the same wealth as the entire world middle class. In essence, this means that by the year 2050 there will be no trace of the middle class - it will smoothly join the ranks of the global poor.

The report of Picketti reveals an interesting regularity. Economic inequality is growing fastest in the world's leading economies. For the successes of the golden billion, the impoverished population of developed countries is paying off.

In 1980, 1% of US citizens owned 22% of the country's national wealth. Today they already own 39%. The owner of Amazon, Jeff Bezos, for one last year added 33 a billion dollars to his fortune and in November was proclaimed the richest man in the world with a total fortune of 100,3 billion dollars.

Approximately the same picture is taking shape in Britain. In 1984, 1% of the super rich owned 15% of national wealth, now 22%. Over the past thirty years, says Piketty, the countries of the golden billion have reached the same level of economic inequality as the traditionally unfavorable countries of Africa and the Middle East.

For a record growth in incomes of one percent of the population, the working majority is paying the price: the countries of the golden billion were overtaken by an epidemic of poverty. The Joseph Rowntree Foundation, a charitable organization that has been struggling with poverty in the United Kingdom for over a hundred years, classifies fourteen million Britons to the poor. This is about one fifth of the total population of the country. According to the foundation, four million children and almost two million old people live in “cramped conditions”.

The situation can not be reversed even at record low unemployment for England. An increasingly significant part of the salary goes to the rapidly increasing rent and communal, and any savings are eaten up by inflation. This does not allow citizens to save for a decent retirement. Buying their own homes is also becoming inaccessible to them - real estate prices have made home ownership a real luxury.

The US Census Bureau considers 41 a million Americans to be poor (12,7% of the population), but many experts and NGOs consider this figure to be too low. At the same time, 32,6% of the total number of the poor are children, and among the homeless, the proportion of children is 21%.

The situation with the impoverishment of the population in America has become so acute that in December its monitoring was launched by the UN Special Rapporteur on Extreme Poverty and Human Rights, Philip Alston. Alston pledged to investigate how poverty affects the observance of American rights "given the importance the US government attaches to human rights in its foreign policy."

His route included California with its homeless, West Virginia with unemployed miners, Alabama with hereditary poverty of the non-white population, and the state of Washington, where the working class is rapidly becoming poorer.

Following his voyage, Alston released a report, excerpts from which remind of the darkest times of the “great depression” and “wild capitalism”:

"I saw a lot of things on this trip ... I saw latrines in the courtyards where the state government does not provide sewage ... I have seen people who have lost all their teeth, because the medical insurance for the poorest does not provide for payment of a dentist ... I I saw families mourning their loved ones who died from an overdose of opioid painkillers. ”

Alston compared the USA with other developed countries. It turned out that the gap between the poor and the rich in America is the largest in the world. The country also leads in terms of youth impoverishment — 25% of young Americans are in need and only 13% of their peers from other developed countries. Worse, Americans now live less, get sick more often - and this trend is only getting worse.

At the same time they were debunked many of the myths about poor Americans. For example, the one according to which the poor are completely “colored” lazy people sitting on manuals. In fact, there are eight million more poor white people than “color”.

Most of them have been looking for work for years, but the rapidly automated production simply leaves no vacancies for them. But even for those who still have a job, it no longer guarantees a normal existence.

Walmart employees told Alston that in the supermarkets of this largest network in the world they are paid so small a salary that they survive only thanks to coupons for free products.

Many of these myths are popular in Russia. It seems to people that in the West the standard of living is so high that complaints of poverty are a whim of “snickering” consumers. Moreover, poverty in the countries of the golden billion is not as shocking as in Africa or India, and is not striking to tourists. But there is a nuance.

Passers-by on the streets are cleanly dressed, because clothes on sales are worth practically nothing. Pensioners can afford a cup of cappuccino in a cafe, but for months their houses are without heating - this is too expensive.

The hidden nature of this poverty does not make it less painful. In the most advanced countries of the world, millions of people regularly suffer from hunger and cold. Meat disappears from their menu - there is not enough money for it. Debt is growing on their credit cards, which there is no chance to pay.

We are accustomed to chuckle over the British, who begin to worry, as soon as the snow falls. Because we do not understand that for most families this means huge bills for heating. In order to save, pensioners do not include it at night, and in the morning they are found frozen. In 2016, forty thousand people died that way. On average, over the winter every seven minutes an elderly Briton died in his own house from the cold. There was even a special term “heating poverty”, which affects 2,3 a million English families and 800 thousands of Scottish.

Millions of Englishmen are forced to go to the food banks for free food packages. The largest network of these charities is The Trussel Trust. Last year, the foundation distributed 1,18 a million three-day product kits, of which 446 thousands were given to children.

In the first six months of 2017, the number of meals increased in different regions from 12% to 30%, and in December the foundation was forced to seek additional help from donors, warning that it could not cope with the influx of people trying to get free food for Christmas .

That is why the Independent newspaper on the eve of Christmas launched the project “Help the Starving Child.” This refers not to African kids, but ordinary English children. Often, all the food that they get in a day is free lunch in schools and all the same charity food packages. The journalist of the publication, who visited one of the food banks, recalled Dickens bitterly:

“Unlike Oliver Twist, the children we met in the food bank did not ask for“ yet! ”. They seemed happy if they were given at least something. ”

Ctrl Enter
Noticed oshЫbku Highlight text and press. Ctrl + Enter
We are
The world we leave, the world we enter, and the world between themWhat we lost
152 comments
Information
Dear reader, to leave comments on the publication, you must to register.