December 20 2017
44
The State Duma adopted 20 December, a law allowing to recruit men aged from 18 to 27 years, who were found to be partially fit for military service for health reasons, if after medical re-examination they are considered fit. 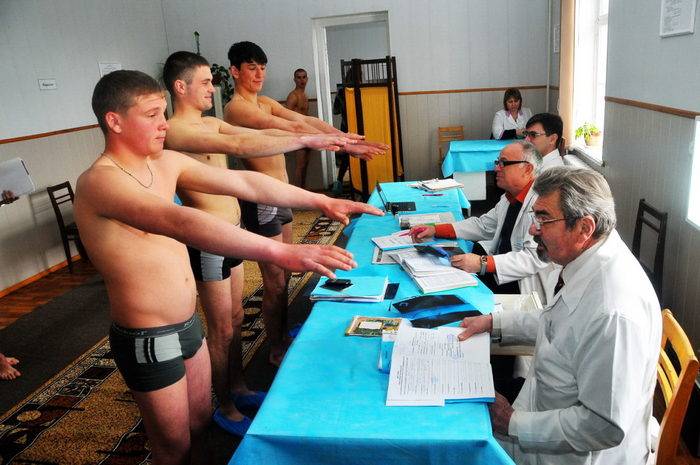 
The developers explained that many of those found to be limited to fit for military service after treatment and undergoing medical re-examination are considered fit (including with minor restrictions). However, at present, the call of these citizens is not stipulated by the legislation of the Russian Federation. At the same time, the senators note that “the military commissariats and the legislature receive a significant number of complaints from such citizens asking for consideration of the possibility of a medical re-examination in order to get into military service in the future.

According to the Duma Defense Committee, providing citizens with an additional opportunity for them to fulfill their constitutional duty and duty to defend the Fatherland deserves support, TASS reports.

Ctrl Enter
Noticed oshЫbku Highlight text and press. Ctrl + Enter
We are
Citizens who are restricted to military service will receive the right to re-pass a medical examination
Military Reviewin Yandex News
Military Reviewin Google News
44 comments
Information
Dear reader, to leave comments on the publication, you must sign in.