December 20 2017
17
Okskaya Shipyard (Nizhny Novgorod Region) received from the Ministry of Defense of the Russian Federation a contract for the construction of one large hydrographic boat of the 19920 project, reports bmpd with reference to the "Intefaks-Volga". 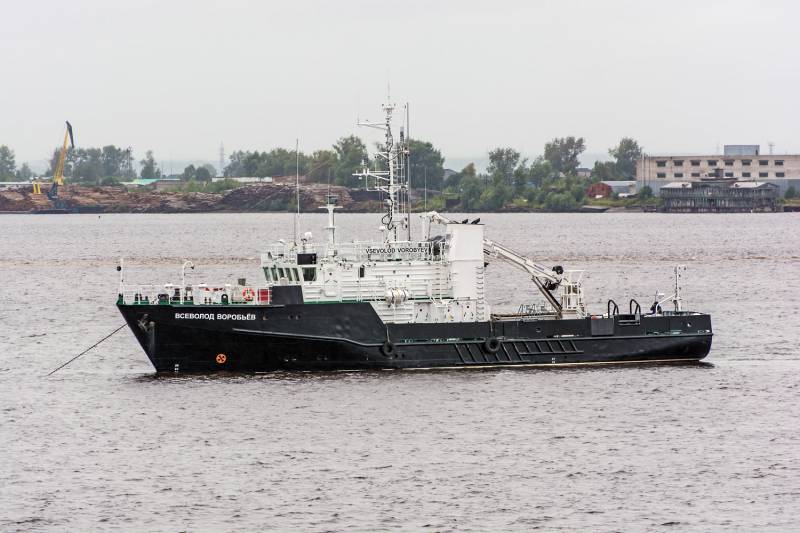 The last commissioned by Vympel Shipyard JSC (Rybinsk) was a large hydrographic boat of the 19920 Vsevolod Vorobyov project.

The delivery time of the product is October 25 2020, the place of delivery is Murmansk. The cost of the transaction amounted to 1,15 billion rubles.

The agreement was signed following the results of the competition held in November. Okskaya shipyard was the only enterprise whose application was found to meet all the requirements of the tender documentation. So, due to the lack of documentation, the Shipyard “More” (Feodosia) was not allowed to participate in the competition.

Ctrl Enter
Noticed oshЫbku Highlight text and press. Ctrl + Enter
We are
Airborne assault boat BK-16: a new member of the Syrian operationA new hydrographic boat will be accepted into the Baltic Fleet by the end of the month.
Military Reviewin Yandex News
Military Reviewin Google News
17 comments
Information
Dear reader, to leave comments on the publication, you must sign in.