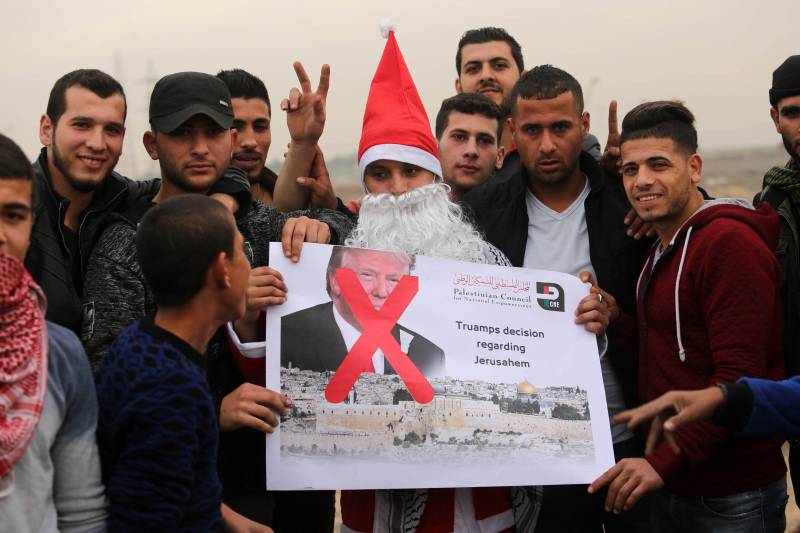 Nauert believes that voting on this issue led to an outbreak of violence in the region.

According to the State Department spokesman, the United States "continues to work on peace talks on the Middle East."

Recall, on Monday, the UN Security Council considered a draft resolution on Jerusalem, put to a vote by Egypt on behalf of the Arab countries. The document recognizes as “null and void all decisions and actions aimed at changing the appearance, status and demographic composition of Jerusalem”. It also calls on all states to “refrain from opening diplomatic missions in this city in accordance with the requirement of the Council Resolution 478 (1980)”.

The US Permanent Representative voted against the adoption of the document, the remaining members of the Council supported the resolution. Palestinian Permanent Observer to the United Nations Riyad Mansour called the US actions to recognize Jerusalem as the capital of Israel "historical sin. ”

Ctrl Enter
Noticed oshЫbku Highlight text and press. Ctrl + Enter
We are
Trump "realized the reality" and recognized Jerusalem as the capital of Israel. Trump countered the whole world!After the fracture test. Military missions must be returned to production
Military Reviewin Yandex News
Military Reviewin Google News
98 comments
Information
Dear reader, to leave comments on the publication, you must sign in.