December 20 2017
20
The CAA, with the support of the Russian Aerospace Forces of the Russian Federation, freed two settlements in Idlib from terrorists; Reports about it FAN with reference to Syrian sources. 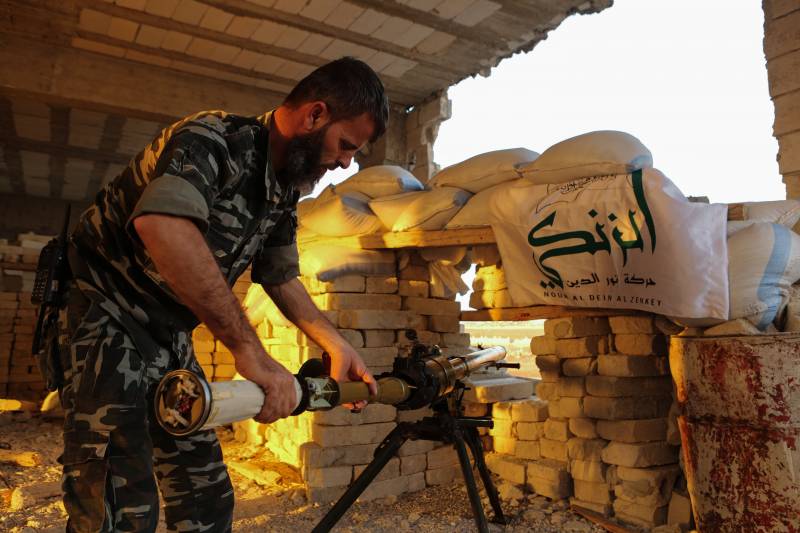 Yesterday, the Syrian Arab Army (CAA) conducted artillery shelling of the deployment zones of the IG (banned in the Russian Federation) terrorists near the Yarmuk refugee camp (Damascus province). Also, exchanges of fire between radical anti-government forces and the CAA continued on the territory of the Eastern Guta oasis. In the south-west of the region, battles between the radicals and the Syrian army were recorded outside the city of Mugr al-Mir.

In the morning, the military equipment of the Turkish army arrived at the northern borders of the province of Aleppo. At the same time, fierce fighting between Ankara-controlled Syrian Free Army (SSA) and the Democratic Forces of Syria (SDF) took place in the area of ​​Kaljibrin settlement. The Russian Space Forces together with the Syrian Air Force attacked the “Dzhebhat an-Nusra” terrorists (the group was banned in the Russian Federation) near the Ramla and Siyala settlements in the south of Aleppo province. Later in the same part of the region, militants of the Syrian Free Army (FSA) attacked the location of government troops. After several hours of intense exchanges of fire, the Syrian Arab Army (CAA) managed to repel the attack of the Islamists.

The radical armed groups once again violated the truce established in the Dar'a province and subjected the mortar shelling of the region of Al-Kashef to the administrative center of the region. Seven civilians in the city were injured, including four children among the wounded. The reinforcement of the Syrian Arab Army (CAA) arrived at the border area between the Dar'a and Quneitra provinces. The FARS News Agency news agency reported that radical anti-government groups are pushing militants and military equipment to the northern part of Dar'a province in order to jointly attack the positions of the Syrian army.

Armed clashes between government forces and illegal paramilitary groups were recorded on the highway between the settlements of Kafray and Maaret Misrin in the north of Idlib province. In the south of the region, the joint operation of the SAA and the Russian Aerospace Forces against al-Nusra continued. Russian aviation attacked strongholds of militants in the vicinity of the strategic city of Abu Dali, as well as near Rahajan and Al-Shakusiya. After lengthy battles, government troops, with the support of the Russian Air Force, took control of the settlements of Rweida and Wadi al-Jafran.

Ctrl Enter
Noticed oshЫbku Highlight text and press. Ctrl + Enter
We are
Full Syria summary for 24.03.2017 of the yearReports from the militia of New Russia for 13-14 September 2014 of the year
Military Reviewin Yandex News
Military Reviewin Google News
20 comments
Information
Dear reader, to leave comments on the publication, you must to register.