You are there, in Alaska, sleep well ... We are repairing the fence

December 20 2017
74
Serious innovations await Kamchatka and Chukotka next year. A decision was made to create a new covering army in the person of the Air Force and Air Defense. The army will be created on the basis of existing units and units of the Eastern Military District and the Pacific fleet. 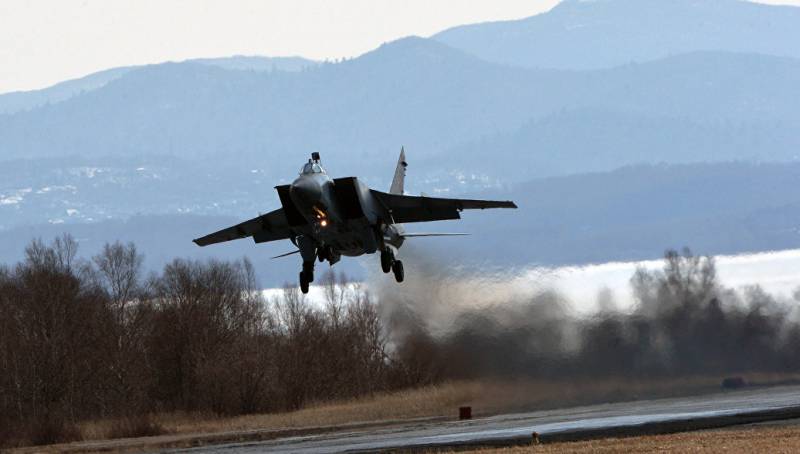 The sector from the Northern Kurils to Wrangel Island will become the zone of responsibility of the operational connection.

The way we can today turn a brigade into a division, and a division into an army, there is no doubt that anything is possible here. Moreover, somehow traditionally the east of the country was not showered with bounties from the Ministry of Defense. Until recently.

The basis of the new army grouping will be the 317th mixed aviation a regiment deployed in Yelizovo near Petropavlovsk-Kamchatsky, and the 53rd Air Defense Division based there. The headquarters of the operational association will be stationed here.

The regiment, of course, will be deployed to the division, which will be with the 53 th air defense division, while there is no data, but it is clear that the number of divisions will be increased.

It’s too early to talk about the capabilities of the Pacific Fleet. If the underwater part really represents a threat to any enemy, then the defensive, surface, alas, is still lagging behind. The number of ships, and their age, leaves much to be desired.

Of course, the situation can be fundamentally corrected by the commissioning of Admiral Nakhimov and the decision to restore Admiral Lazarev, but here is a purely financial issue. Although two heavy cruisers of this level could significantly enhance the Pacific Fleet.

Nevertheless, judging by the statements of the Ministry of Defense, both the fleet and the district troops successfully cope with the personnel training program and are successfully tested.

This is very positive information, especially given the growing presence of the US Navy in the Asia-Pacific region. Since January, American sailors regularly conduct joint training with Japanese and South Korean allies, in parallel increasing their ground grouping near Seoul in response to the intransigence of the DPRK on the nuclear missile issue.

And here the creation of additional opportunities to repel any attacks from the air (in which the “potential” have always been strong - this is not the creation of a new line of defense, but rather the restoration of the old, inherited from Soviet times.

In the 90-ies, the reduction of units of the Air Force and Air Defense of the Far Eastern Military District acquired a landslide character.

The fighter air regiment in the Coal Mines near Anadyr was liquidated, two regiments were disbanded on Sakhalin, aviation was withdrawn from the Burevestnik base in the Kuril Islands, the 25 division of the air defense was disbanded. In those years, parts of the radar surveillance and EW were badly damaged.

Experts call the deployment of a new army a return to common sense. From the moment of the collapse of the USSR and until recently, the northeastern sector of the missile attack warning system (SPRN) was simply absent from Russia.

The breakthrough came in June of this year, when the Voronezh-DM radar station was deployed near Yeniseisk, which covered the gap. Nevertheless, the strengthening of the air defense system in the Far East is today a necessity, since we are talking about the security of the whole region of the country. A huge region, I note.

It is quite logical to expect the appearance of the second army of the Air Force and Air Defense from units deployed in Primorye. The area of ​​responsibility will include Sakhalin, Kuriles, the Sea of ​​Japan and the Sea of ​​Okhotsk. Reasonably, given the growing ambitions of Japan and the shock groups of the US Navy constantly appearing in the region.

Today, the center around which everything is created in Kamchatka is the city of Elizovo. Already a pretty serious object. There are C-400, a regiment of MiG-31BSM interceptors, a base of the Pacific Fleet Ka-27 anti-submarine helicopters and Il-38 airplanes. The supply of new modified IL-38H has begun. In 2016, a detachment of reconnaissance drones was created at the "Outposts" and "Orlan-10".

But a full-fledged army, all this, of course, cannot be called. Not just reinforcement is required, but significant, both in technique and in personnel. And the creation of a similar center behind Kamchatka. For example, in the area of ​​Anadyr, to fully cover the northern direction.

Yes, Anadyr is a cruel place. But “on the contrary,” in Alaska, the largest US Air Force compound in the region is based — the 11-I Air Army. With bases in Anchorage and Fairbanks. These are both F-16 and F-22. Plus the 611 th center for aerospace operations - 5 squadrons of direct subordination to the command of NORAD (missile defense) at the base of "Elmendorf-Richardson" near Anchorage.

A counterweight is needed. Even considering that the connection with the region is greatly hampered by both remoteness and natural conditions. This means that the troops should have a greater margin of autonomy in comparison with other regions. If the work has begun, it means that the Ministry of Defense understands this.

And the development of the Air Force, the construction of new airfields and infrastructure just can solve this problem and firmly link the region with the mainland.

Kamchatka and Chukotka are very difficult to master and specific regions. But "difficult" does not mean "impossible." Especially if this is required by the interests of national security.

Ctrl Enter
Noticed oshЫbku Highlight text and press. Ctrl + Enter
We are
Reports from the militia of New Russia for 27-28 September 2014 of the yearResults of the week. "Well, do not change me because of every idiot!"
74 comments
Information
Dear reader, to leave comments on the publication, you must to register.