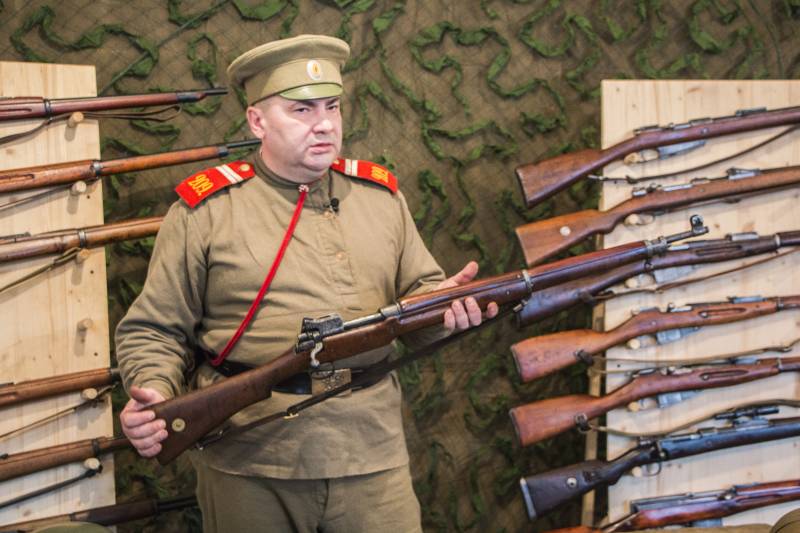 Developed in Britain, but produced in the United States by American companies Remington, Eddistoun and Winchester. Served as a sniper weapon, weapons of second-line fighters and reserve troops, until it was decommissioned in 1947.

The losses from these rifles and the very successful cartridge prompted the Ministry of War to think about creating a cartridge similar to that. And it was created in 1910 year, called .276 Enfield.

The new rifle, which was actually a copy of the Mauser 1898 (nothing like that, very few people copied the Mauser then) was called the Pattern 1913 Enfield or P13, but mass production was only partially established at the very beginning of the First World War. On the front, the rifle, as the main small arms, showed itself weakly.

When the First World War began, there was no talk of any production of two rifles in Britain. Therefore, Lee Enfield remained the main rifle, and while the Americans did not enter the war, the British government turned to the American companies Winchester, Remington and Eddystone (the Remington subsection, which later produced P14) with a request to start production of P14 for the needs Great Britain.

Of course, the Americans agreed. However, each plant produced its own different parts for a rifle, which led to the appearance of the problem of interchangeability of parts: Winchester had particularly serious problems in this regard. The official name of the rifle depended on the manufacturer by the last letter in the name: W meant the rifle produced by Winchester, E - Eddistoun, R - Remington. This is how the Pattern 1914 Mk IW / E / R appeared. 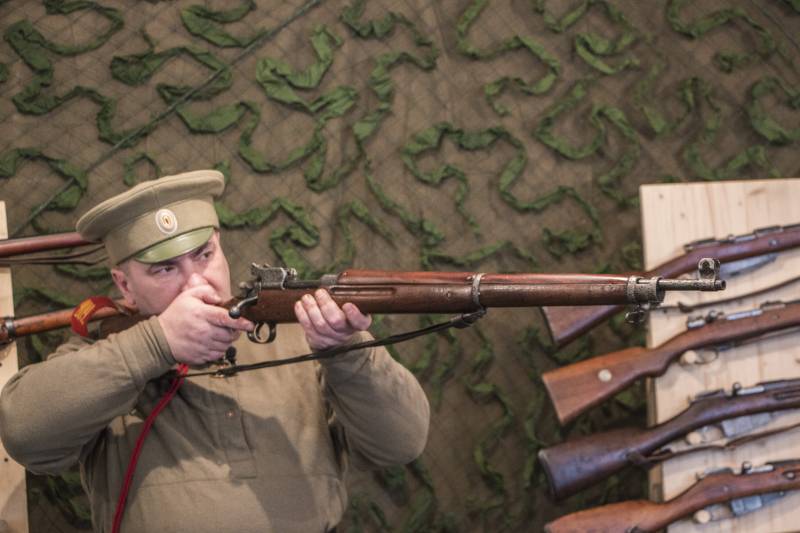 Andrey Bondar, an expert on historical weapons from the Infanteria club, will tell about the rifle and its device:

The main use in the First World War rifle P14 found as a sniper, because it had a higher accuracy compared to the rifle Lee Enfield. It was produced in several versions: with the usual sight, with a removable aperture sight - options Pattern 1914 Mk IW (F) and Pattern 1914 Mk I * W (F).

A side sight could also be installed for salvo shooting at group targets, consisting of a folding diopter rear sight (to the left of the main sight) and an adjustable fly range. The side fly had divisions for firing from 1500 to 2600 yards (from 1372 to 2377 m). 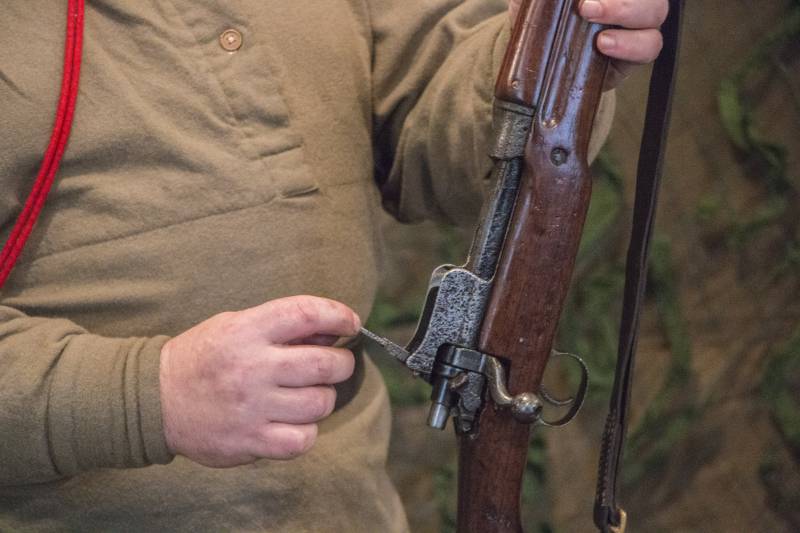 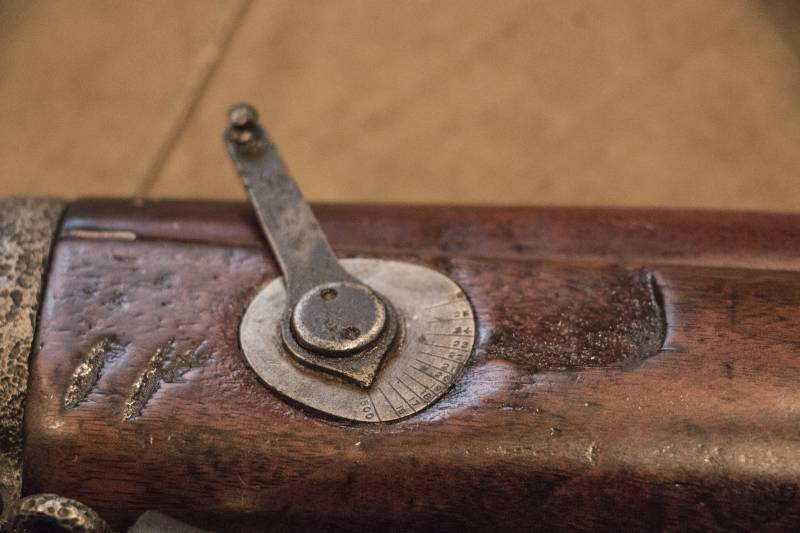 Since April, the 1918 of the year was the version of the Pattern 1914 Mk I * W (T) with the Aldis 1918 optical sight of the year, which was used mainly on rifles manufactured by Winchester, thanks to their high quality workmanship. 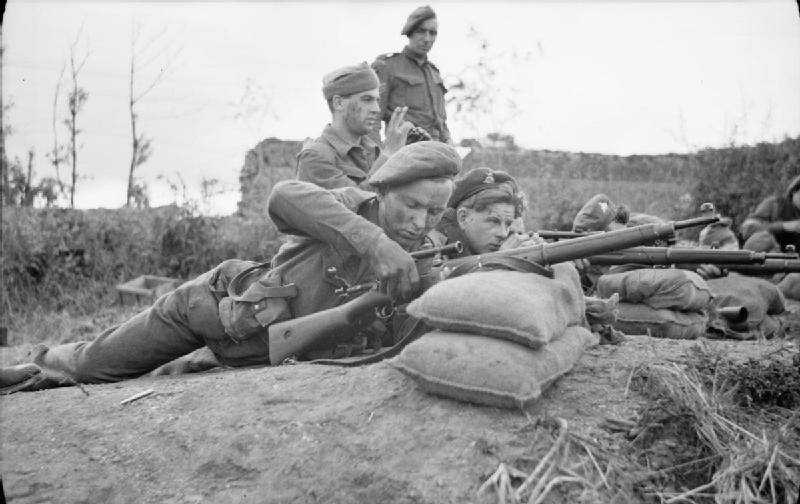 Rompola rifle did not have. For cleaning and lubrication of the bore was used rope rubbing, worn in the butt.

A bayonet with a hewing blade and a handle in a wooden frame was worn separately from the rifle, in special leather sheath. 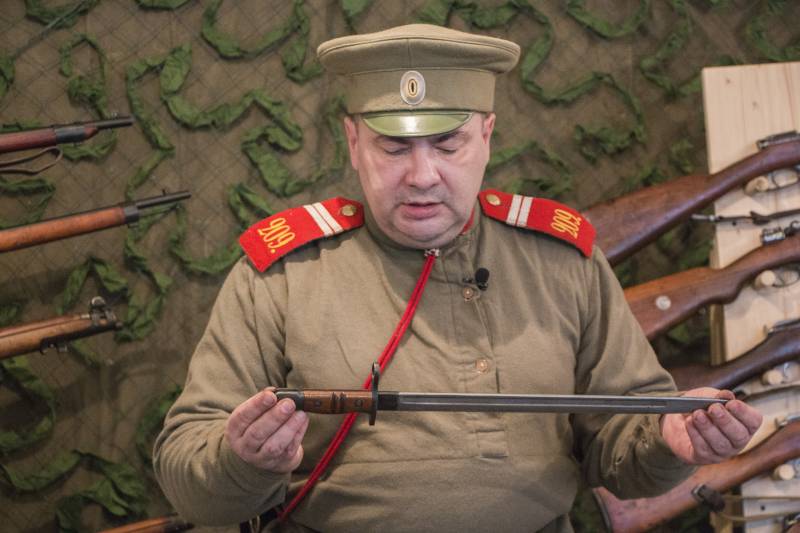 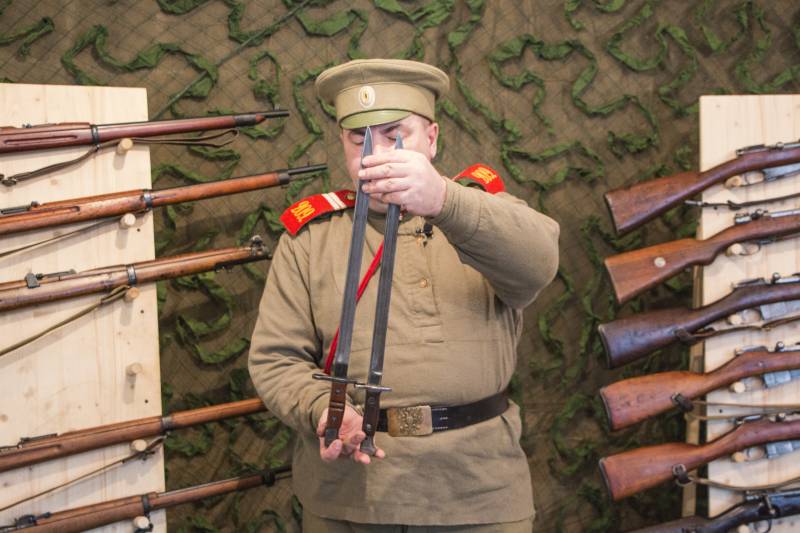 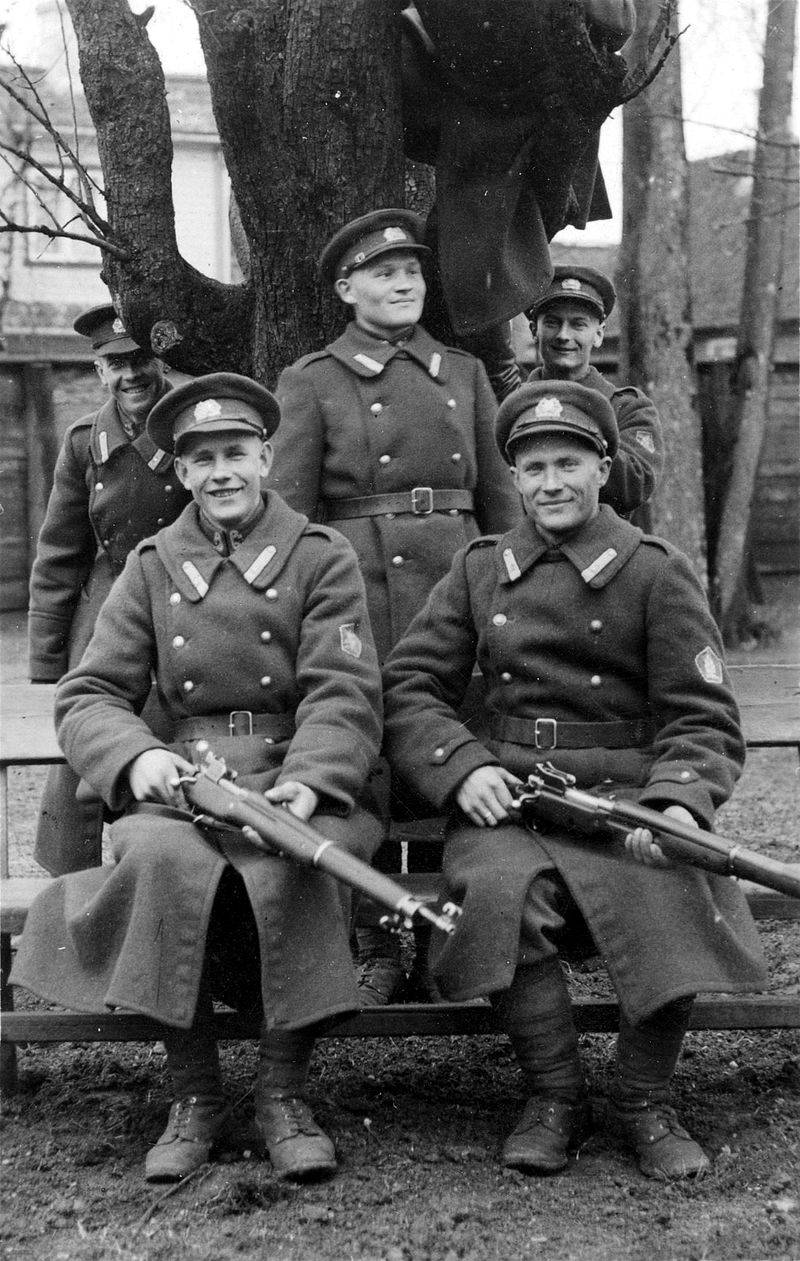 It is the predecessor of the American rifle M1917 Enfield, which was produced by the same companies, but under the American cartridge .30-06 with some changes in the design.

Compared to the Lee-Enfield, the P14 rifle was more accurate and reliable, but heavier (the unloaded Li-Enfield Mk III weighed 3,91 kg against the 4,25 kg) and less rapid with a magazine capacity of two times less than that of Lee-Enfield.

The British Army followed the pre-war standard known as “Minute of Madness” (15 rounds per minute at a target diameter 30 cm from 270 m), and the experience of the Boer War, which led to the appearance of the P13 / P14 rifle, was almost useless in World War I, where the decisive role played by the rate of fire. That is why the British made the final choice in terms of a standard rifle in favor of Lee-Enfield. 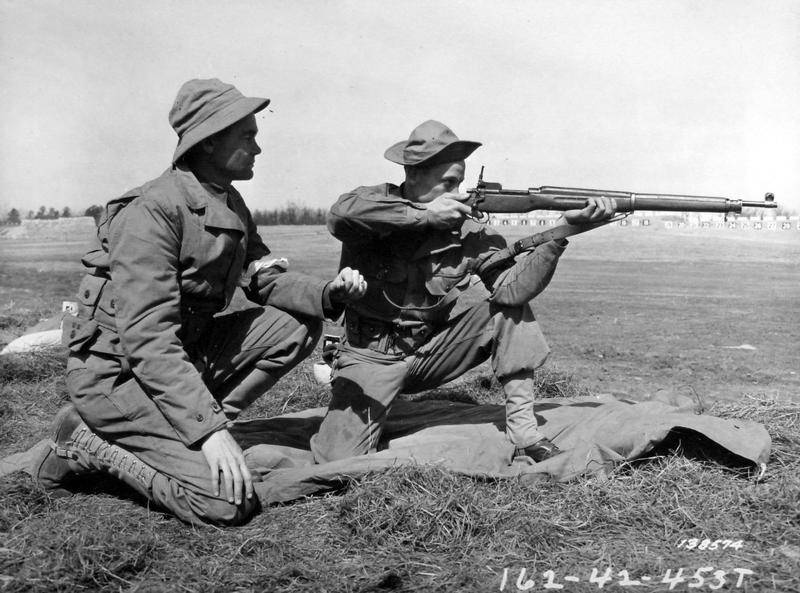 R14 rifle took part in both world wars. A certain amount was in the USSR. Partly as a legacy from the British warehouses in the north, partly as having been in the Baltic States in service with the armies of the republics. Rifles were supplied in the framework of the Lend-Lease (М1917). 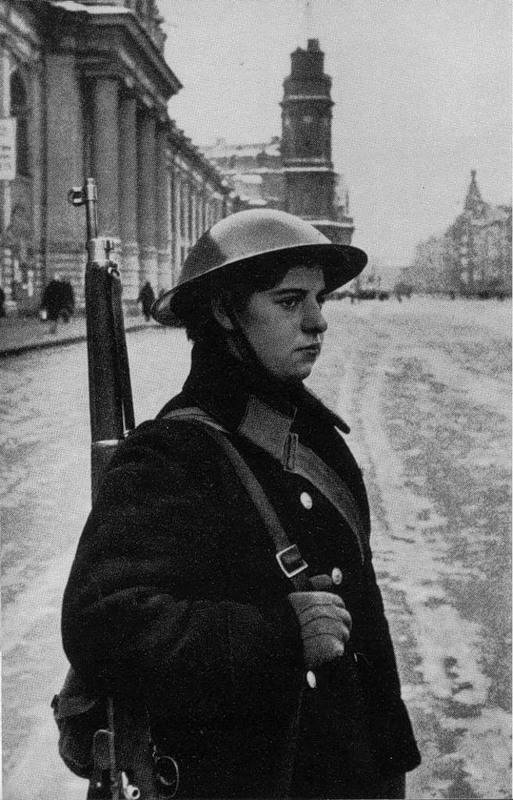 A fighter of the Leningrad militia on a city street. Steel helmet on his head - a copy of the British, but was produced in Leningrad at one of the factories for the needs of air defense and civil defense.