Is everything so bad around? Some results of the year

December 29 2017
122
In general, we have assumed that the country is still not as good as we would like. And from that position, in which we all flew in unison, having democratized in the 90-s, there is still no way out.


In fact, if we assume that there is no breakthrough in the spirit of the Stalin era, then there is not much of a fall. Do not "urya" -hry, the facts speak about it. And thanks to the efforts of our Western "partners" at the very least, but the tendency to crawl out of the import pit is taking place.

And there is some success too. In many sectors of our economy. Yes, I would like more, better and cheaper, but so far there is what is.

Seriously speaking about what we eat, in the regions of the Black Soil Region there is a boom in commissioning farms, poultry farms, elevators and meat-processing plants. On the one hand, it pleases, on the other hand, there is also a fly in the ointment: all successes belong to large agricultural holdings with all the ensuing consequences.

In the defense industry, too, in the words of Shoigu, good. Planes, missiles, ships go to the troops. Let not in those volumes in which it would be desirable, but the figure in 75% with reference to the new technology ... Let's move the years back to 10-15 back and feel the difference.

It is also possible to talk about industry and its certain growth. In general, for this purpose there are specialized sites like "Made by us", but there they all pile into a pile. Two trams, a bridge, a kindergarten, the next Superjet ... But this is a job.

By the way, bridges, and surprisingly, not only Crimean is being built here. Only this year in different parts of the country more than a dozen were commissioned.

But let's get a little on industry.

City Kimovsk, Tula region. Production at the Kimovsk Machine-Building Company plant was finally mastered. The plant began to build from scratch 9 years ago. Built Put into operation, began to work on government orders. 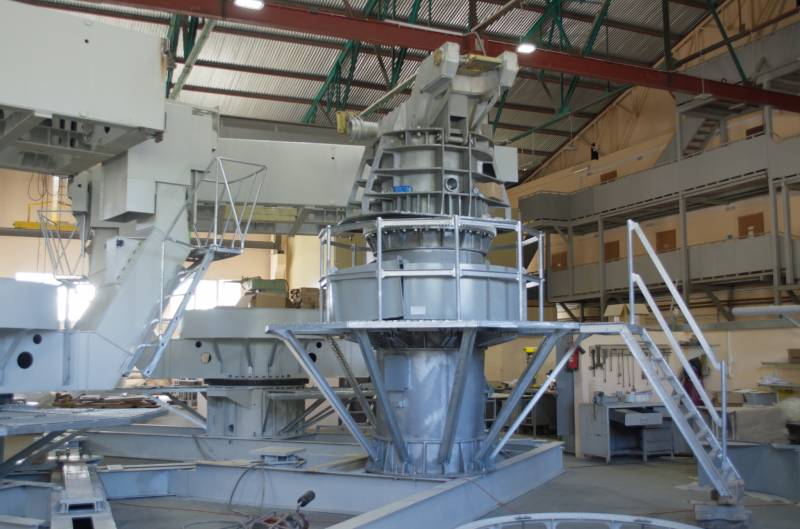 Lipetsk. STP-Lipetsk Machine-Tool Enterprise, JSC launched a new plant for the production of grinding machines. Three years of work, half a billion rubles. Power plant - 320 machines per year. Few? However, 320 machines will not be purchased overseas. 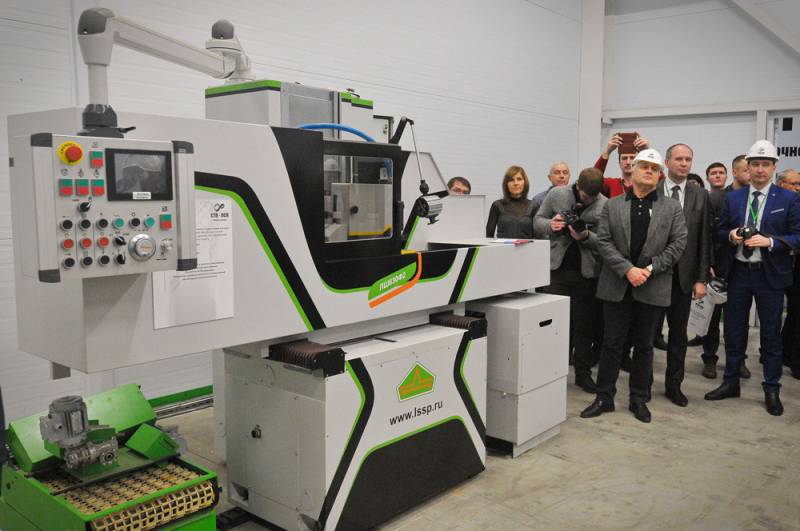 Chelyabinsk. LLC Feller for 2 of the year mastered the production of very useful gizmos, mini dump trucks Chelnok-300. Load capacity 800 kg, will travel anywhere. In my city, the administration has purchased several samples for trial this year, to ship sand. There is no snow, so these trash garbage from an urn is taken out through the city. Cost about 400 thousand rubles. 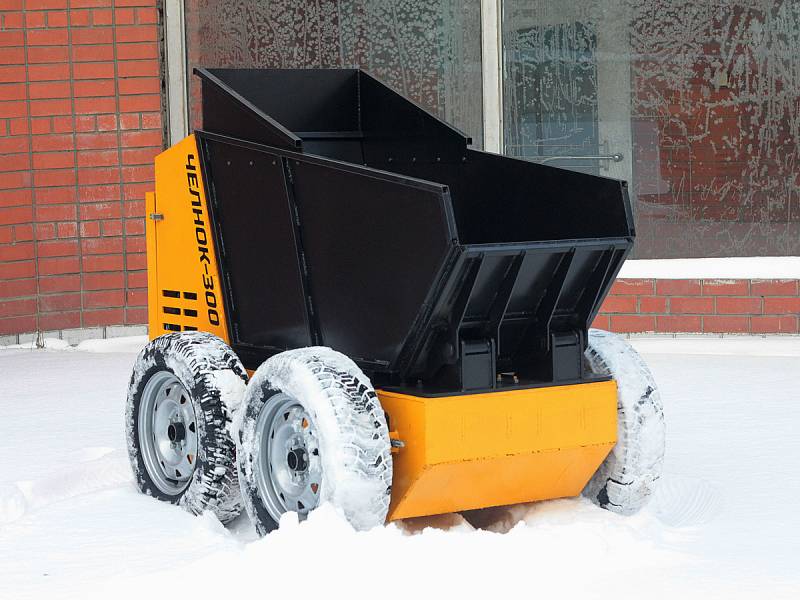 We have already written about the Yamal LNG plant, but there’s no sin again. Not every day this is launched. And considering that the tanker fleet will also be built by the Koreans to the plant (sorry, not ours), then hello, America with its liquefied gas! 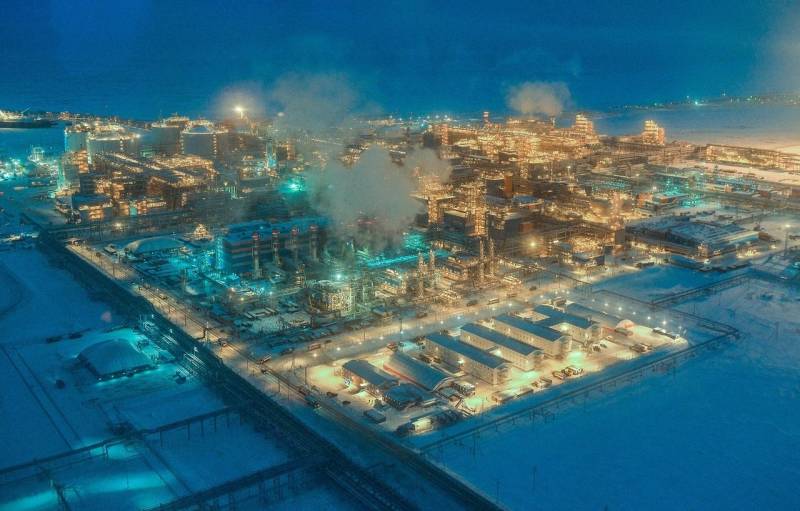 Dzerzhinsk. Nizhny Novgorod Region. FKP "Plant named after Ya. M. Sverdlov" this year launched on its territory a complex for equipping high-explosive aviation bombs caliber 500 kg. The ammunition is loaded by the filling method. Such a complex was built in Russia for the first time and its uniqueness lies in the complete automation of the technological process with the removal of people from dangerous areas. 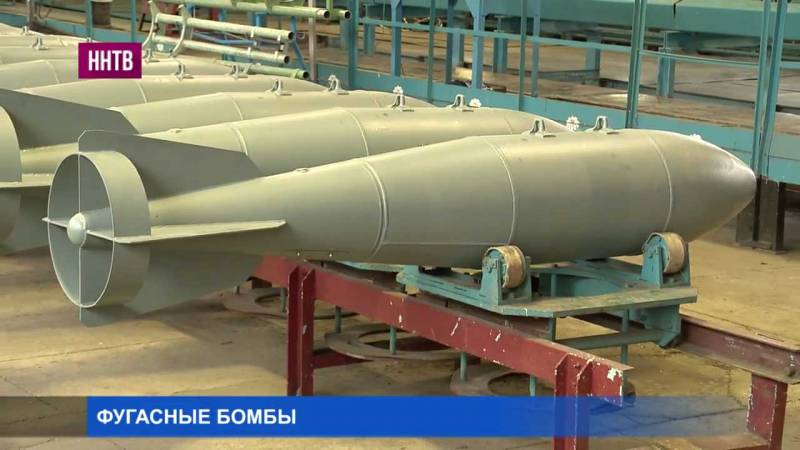 In the special economic zone "Alabuga" the first stage of the plant "Bars Technology" for the production of batteries was launched. This is the first factory in Russia with a fully automated assembly line of batteries for cars and trucks.

The plant's goal is to increase production to 2022 million batteries per year by 3. 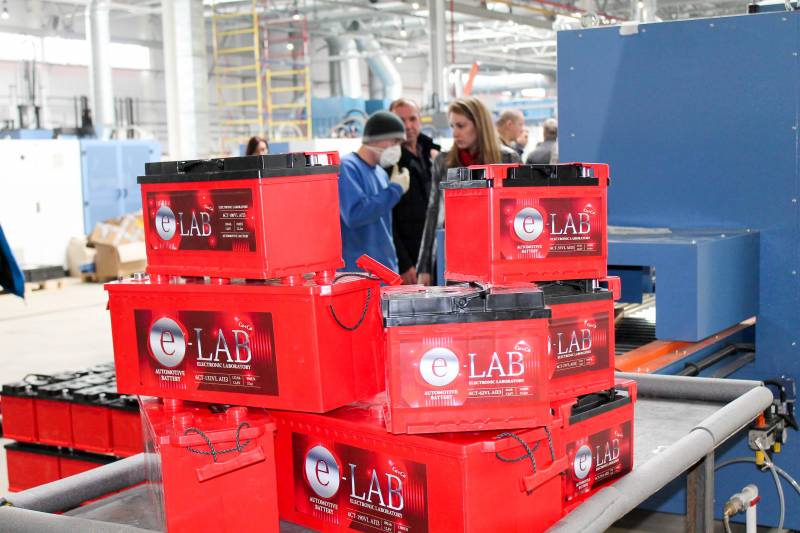 Chelyabinsk. At the production site, which is located on the former territory of the Chelyabinsk Electrode Plant, Doncarb Graphite from the Rostov Region launched the production of isostatic graphite. This expensive type of graphite is used in many industries:

Prior to this event, almost 100% was purchased abroad: in Japan, the USA, Germany and China. 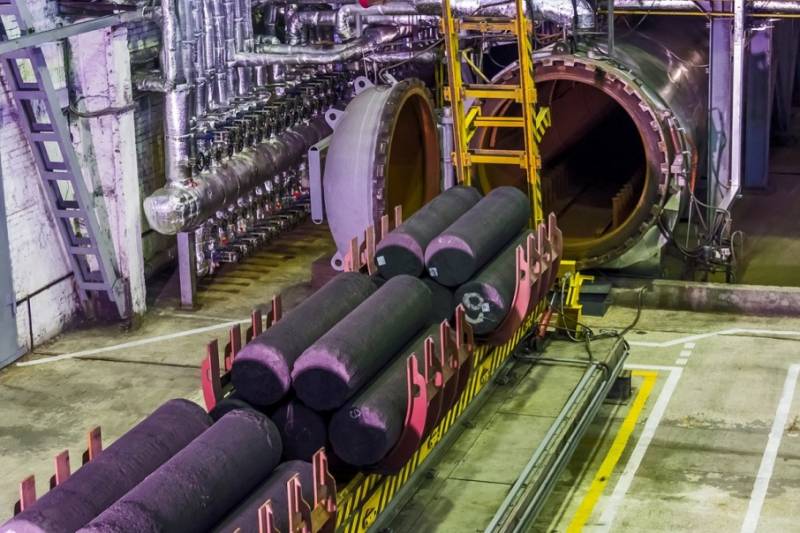 Moscow region, the village of the Lenin State Farm Leninsky district. Earned a plant of the Russian-Chinese enterprise JSC "DMTG RUS" for the assembly of metalworking machines and metalworking centers with CNC. 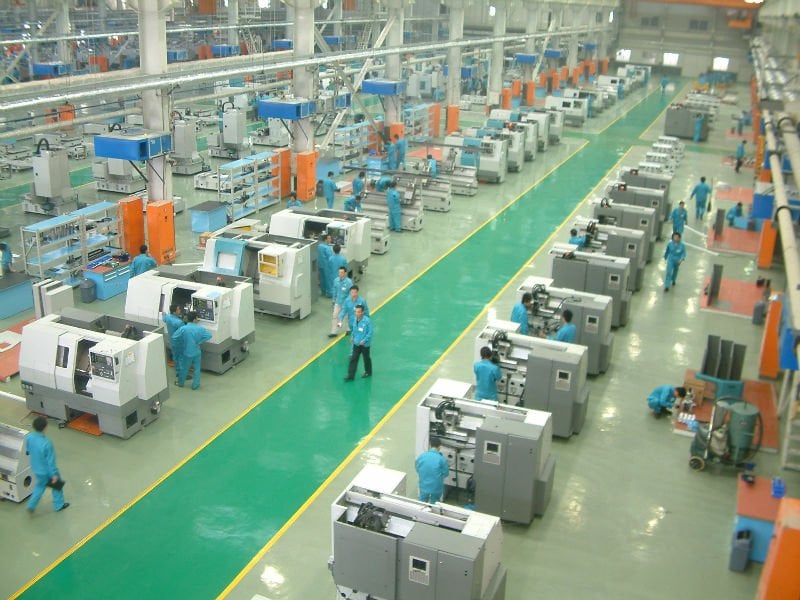 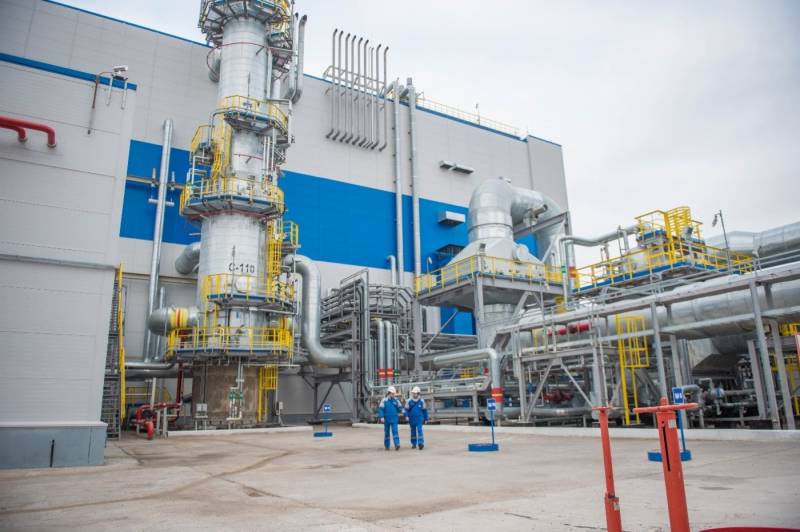 Tyumen region. The last of three lines of the Yubileiny agricultural holding was launched. The plant will annually produce 30 thousand tons of lysine (40% of the total demand in the country), 10 thousand tons of dry wheat gluten, 20 thousand tons of feed additives and a half million (!) Deciliters of alcohol. 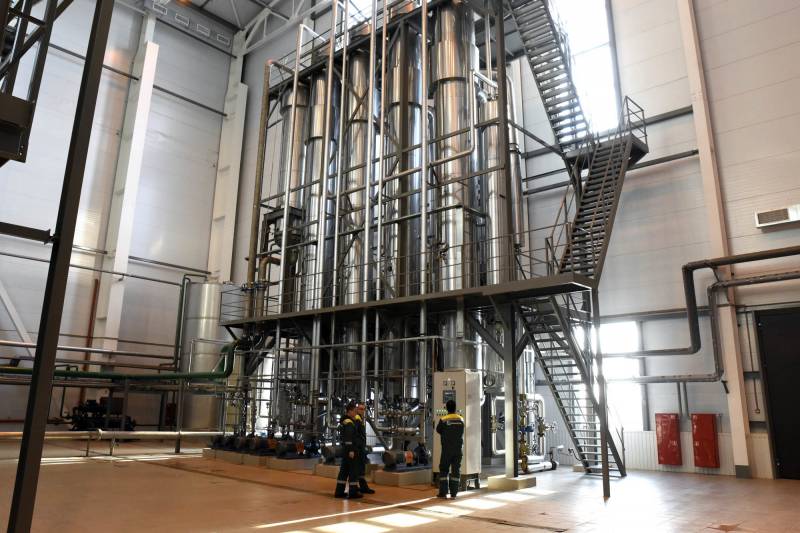 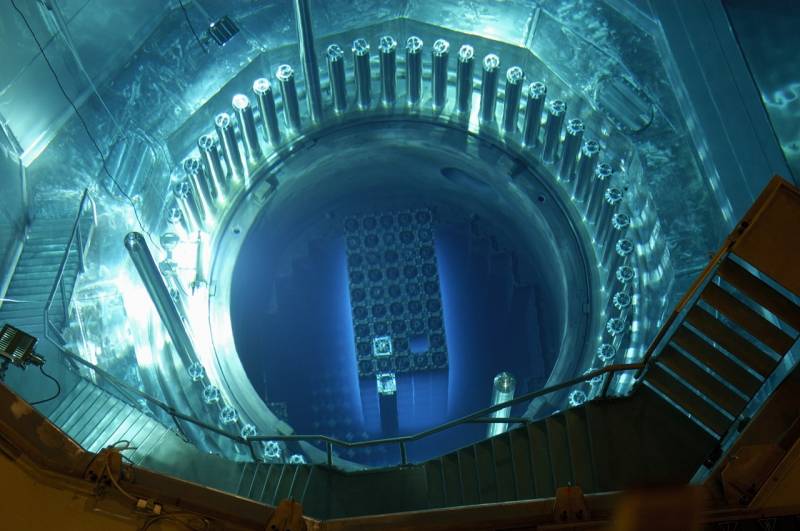 Tolyatti. Pharmaceutical plant "Ozon Pharm" will produce about 50 names of drugs for the treatment of various diseases in tablet form. Part of the preparations is included in the plan of measures for import substitution. The first products left the assembly lines at the end of November. 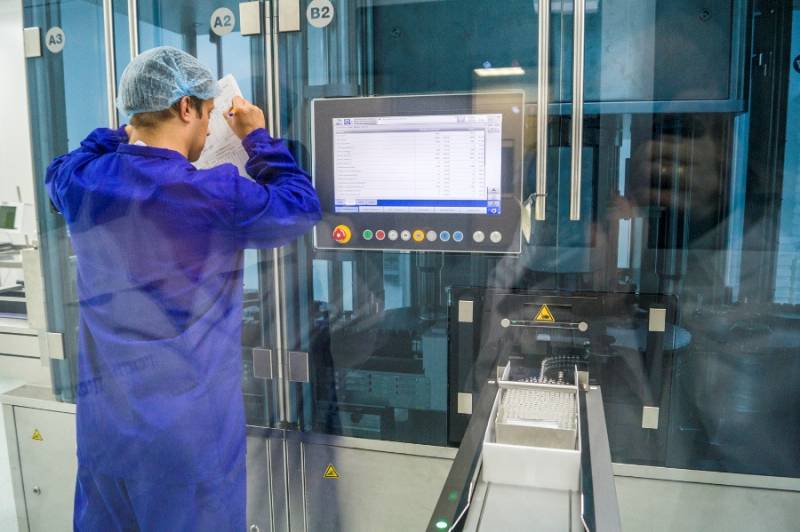 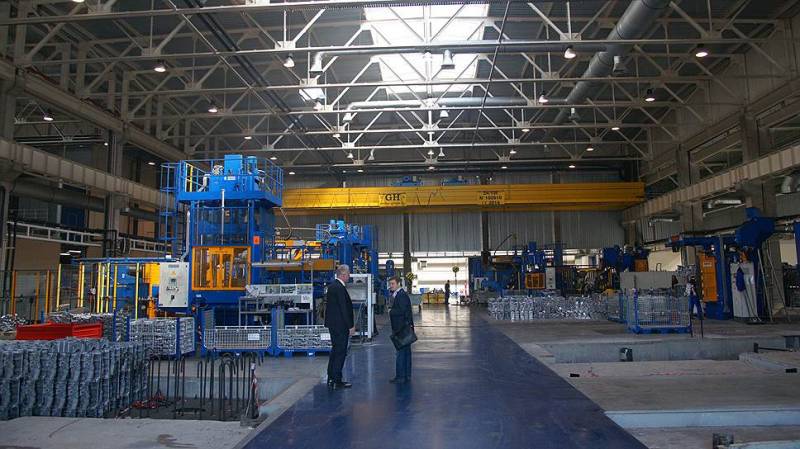 Naryan-Mar The company "Mineral Waters of the Polar Region" has launched a bottling line for bottled mineral water. The company performs a full production cycle - from extracting water from a well to bottling.

Capacities of the enterprise are designed for bottling 800 bottles per hour. Evaluate the information in full will be able to those who know how much water brought from the "mainland" costs.

PJSC RusHydro completed the construction of the first stage of the Yakutsk TPP-2. The main technological equipment of the station successfully passed a comprehensive testing, received permission to commission the facility.

At the moment, the Yakutskaya GRES-2 is in operation and provides electricity to the central power district of the Republic of Sakha (Yakutia), as well as heat supply to consumers in Yakutsk. 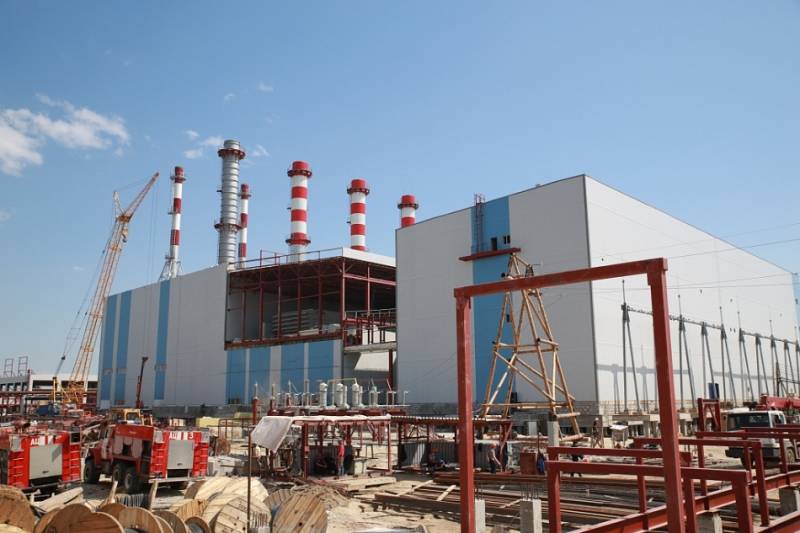 Start-up work began under load at the Bystrinsky mining and processing plant in the Gazimur-Zavodsky district of the Trans-Baikal Territory, 350 km from Chita. Here is the complex Bystrinskoe deposit with large reserves of copper, gold and iron - total 343 million tons of ore, which will ensure the plant's load for more than 30 years. The plant will be engaged in mining and enrichment of gold-iron-copper ores and will produce copper, gold and magnetite concentrates.

Well, it should be noted that, finally, this year AvtoVAZ presented to its customers a model of a vehicle similar to world analogues. With disc brakes at the rear.

You can continue indefinitely. As well as to infinity, you can whine about the fact that everything in the country is still bad and disgusting.

Separate actions of our government cause, if not bewildered, then a complete misunderstanding. But to say that everything is being plundered is to go against the truth. Not all stolen. Much goes into the matter, and everyone, in principle, can see this matter, just by looking around more closely.

The whole question is how to treat everything. Yes, we somehow got used to dancing from the fact that it would not have been worse. But why should things be worse, is there a definite development?

This is not to say that we are moving forward in everything. Somewhere there are indeed failures, as, for example, in the space industry. There are places where everything is generally disgusting: culture, education, sports. But there are many places where everything goes wrong, as in the departments of Mutko and Medina. Where people are still busy with real business, and they are moving this business towards the final. That is, to launch.

Ctrl Enter
Noticed oshЫbku Highlight text and press. Ctrl + Enter
We are
Reports from the militia of New Russia for 27-28 September 2014 of the yearResults of the week. "Either true or all is well"
Military Reviewin Yandex News
Military Reviewin Google News
122 comments
Information
Dear reader, to leave comments on the publication, you must to register.