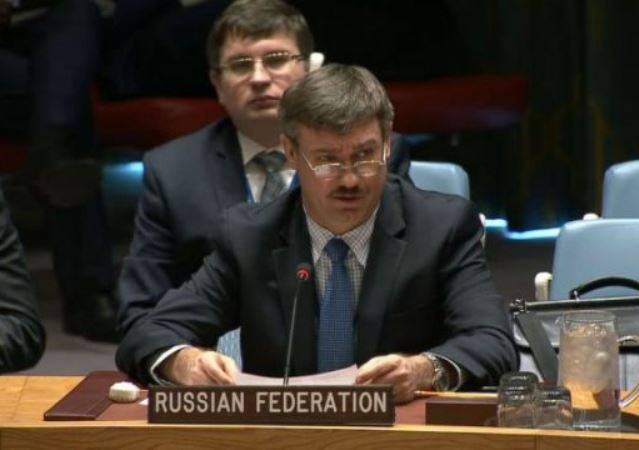 Ilyichev drew attention to the information that “Canada has declared its readiness to issue licenses for the supply of weapons to Ukraine to its companies,” and American companies, in particular, the manufacturer of Airtronic USA hand grenade launchers, “have already supplied Kiev with weapons, behind the scenes receiving the consent of the State Department and the Pentagon, although the United States officially declares that there is no final decision on this issue. ”

We would like to recommend those who are pushing for such decisions and taking them, to think about responsibility. It is clear that pumping Ukraine with American and Canadian warfare forces its leadership, which is sabotaging the Minsk agreements, into new military adventures. Everyone should understand that by force the conflict in the Donbas will not be resolved, and the blame for the death of people will lie on those who give weapons to the murderers
said the diplomat at a meeting of the Security Council.

Earlier it was reported that Canada has entered Ukraine in the list of countries that are allowed to sell Canadian automatic weapons. Canada Gazette (the official publication of the Canadian government) noted that “applications for the import or export of goods, in accordance with national law, are considered by the Government of Canada on a case-by-case basis in accordance with Canadian international and defense policies.” Today, this list includes 39 countries, most of which are members of NATO.

In turn, the head of the DPR, Alexander Zakharchenko, threatened to provide more than 3 thousand partisans in the territories controlled by the Ukrainian government with weapons of their own production.