December 20 2017
11
In an article about suicide bombers, I allowed myself to look into the heads of future "live bombs." The topic is inexhaustible. And there is a reason to return to the work of the special services. Really serious reason. 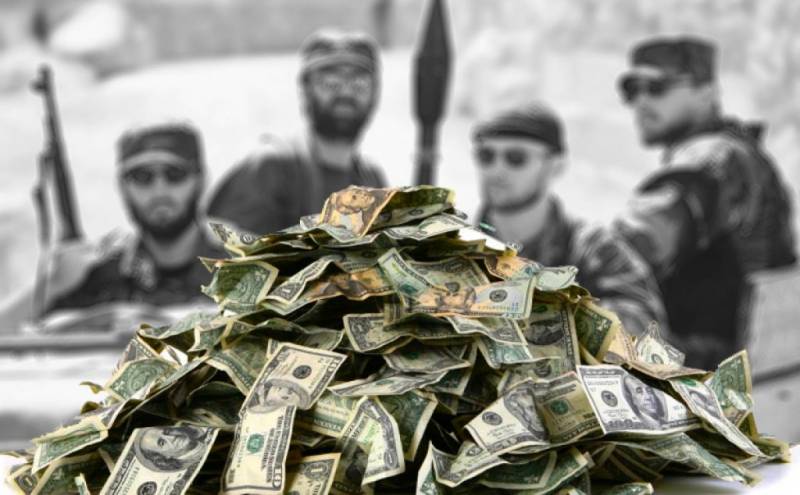 Today it's time to talk about how terrorist methods are changing. This and channels of movement of terrorists. And how to conduct terrorist attacks. Unfortunately, most readers have cine stereotypes on these issues.

In the comments to the previous article, readers rightly noted the degree of danger posed by open borders with some CIS countries. Indeed, it is not difficult to penetrate the territory of the Central Asian states today. Moreover, the gangs defeated in Syria are almost openly moving to Afghanistan. And there the paths have been known for many decades.

Coalition forces that are based in Afghanistan fundamentally “overlook” these movements. There are several reasons for this. First of all, the United States and its hangers-on again are preparing to step on the old rake. It was in Afghanistan during the war with us, it was in Iraq and some other countries.

The Americans are raising soldiers who will overthrow the disagreeable "people" of the presidents. The Afghan Taliban were also "fighters against the Soviet regime." The term that was coined in Syria for "moderate terrorists", today works perfectly.

Although, to be honest, I personally can not understand the term "moderate terrorist". The terrorist is either there or he is not. He cannot be a moderate opposition or a moderate fighter against the regime. Exactly when he picked up weapon or began to prepare IEDs, he is a terrorist.

The main reason for the "night blindness" of Americans is traditional. "Great Army" elementary fears. Yes, afraid to get out of their own fortifications. Do not differ courage American warriors. Especially where serious fighters oppose them, and it is problematic to destroy them "technically". A strange war has been going on for more than one year. And no one is waiting for victory in this war. What for?

Terrorists understand this perfectly. Moreover, today it was in Afghanistan that a new IG appeared (banned in the Russian Federation). They adjust their own actions accordingly. I cannot say where and when a solution was found to the problem, but today the Central Asian republics have really turned into a region, from which terrorists are leaking to us.

European appearance gives an advantage to those who are already in Russia. Hence, the "Europeans" go through third countries to us. The main legend of such movements is a refugee. And those who are clearly Asian-looking make fake, and often real, documents and appear here as guest workers.

By the way, today there are approximately 20 000 terrorists from Russia and neighboring countries in the database of our special services. This base includes potential terrorists. For example, the participation of a person in extremist religious organizations automatically arouses the interest of the special services. And this applies not only to Islamist organizations.

In your letters, you often complain that we have not learned to notice the paths of movement of terrorists. They are leaving for Syria, returning to Russia ... Honestly, the fears are understandable, but ... To say that our special services blocked all the channels for delivering terrorists to and from Russia, of course, is impossible. But almost a dozen of these channels have been blocked successfully.

Now about the new tactics of terrorist acts. In fact, there is nothing new. Tactics just modernized.

The successful work of the special services, the destruction of the majority of more or less large gangs of terrorists led to the fact that today it is difficult for leaders to “assemble” such groups. Therefore, today smaller autonomous groups are more relevant. And the attacks themselves today are no longer directed against large groups of people or against some large objects.

Today the task is set so that the attacks look like ordinary, everyday crimes. Terrorist attacks are gone. The leadership of the terrorists coined even a new term: autonomous jihad.

Today it is important to understand that the objects of the attacks have changed. This may be a famous person from the world of art or just a public figure. This may be a member of the security forces or a soldier. This may be urban infrastructure. It may be some kind of social objects.

The main thing is that such a terrorist attack should cause a resonance in society. Divide the society into parts. To sow distrust to the work of government agencies and law enforcement agencies.

And about pleasant. 20 December 2017, special services celebrate their centenary anniversary. A meeting of the Council of Heads of Security Agencies and Special Services of the CIS Member States (SORB) is timed to this event. In addition to the jubilees themselves, the heads of the Foreign Intelligence Service of the Russian Federation, the Executive Committee of the CIS, the heads of the special services of Germany, Spain, Italy, Serbia and France are invited to the meeting.

It is clear that gathering for the sake of celebration is pleasant. But the work does not wait. And the main issue that was already discussed at the meeting was the question of the circulation of drugs and psychotropic substances. Information security issues will also be discussed. And plans for the future. Specialists also conduct exercises and competitions.

And in the celebrations, the meeting participants will necessarily participate. From us - congratulations on the holiday and admiration for the beautiful work. Hoping for further success.

Ctrl Enter
Noticed oshЫbku Highlight text and press. Ctrl + Enter
We are
Situational analysis of the death of the MH17 flight (Malaysian Boeing 777), made on the basis of engineering analysis from 15.08.2014Results of the week. “In our cooperative, the board is always agreed”
Military Reviewin Yandex News
Military Reviewin Google News
11 comments
Information
Dear reader, to leave comments on the publication, you must to register.