Russia handed over to Tajikistan a new batch of weapons

December 19 2017
19
Another batch of Russian military and military equipment was transferred on Tuesday in Dushanbe to the armed forces of Tajikistan to guard the border with Afghanistan.


Major General Alexander Kshimovsky, Head of the Main Directorate of International Military Cooperation of the Ministry of Defense of the Russian Federation, spoke at the transfer ceremony. RIA News quotes his words: 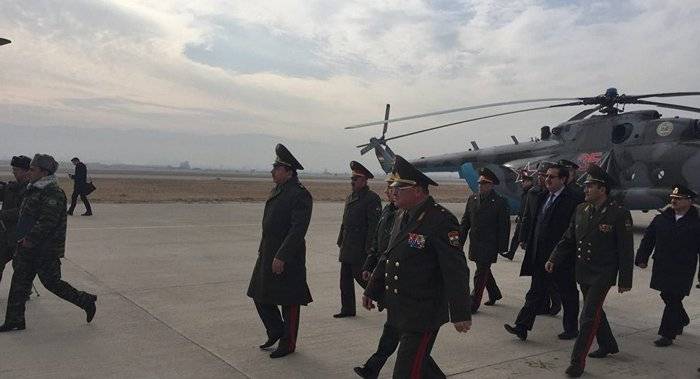 The transferred weapons and military equipment will expand the capabilities of the armed forces of Tajikistan to counter the terrorist threat, create a reliable barrier on the Tajik-Afghan border

According to him, all assistance is delivered by the Ministry of Defense of the Russian Federation free of charge as part of the provision of military technical assistance. Kshimovsky expressed confidence that the joint actions of the countries, military-technical assistance from the Russian Federation will allow creating a combat potential that can reliably protect against all existing and projected security threats in Central Asia. He noted that the transfer of military and military-technical assistance was made possible thanks to the political will of Russian President Vladimir Putin and Defense Minister Sergei Shoigu.

Earlier, the Ministry of Defense of the Russian Federation expressed concern about the situation in Afghanistan, where the number of formations of the "Islamic State" is growing dynamically (a terrorist group banned in the Russian Federation). And the Russian ambassador to Tajikistan, Igor Lyakin-Frolov, stated that there is no direct threat of invasion of militants from Afghanistan to Tajikistan, but in the long run it exists.