December 19 2017
62
The newest, recently commissioned, the largest British aircraft carrier, Queen Elizabeth, has leaked due to a malfunction, the Daily Mail newspaper reports.


According to the publication, a problem with the shaft seal occurred a couple of weeks after the start of service of the aircraft carrier as part of the Royal Naval fleet. Now the ship has to pump out 200 liters of water per hour. 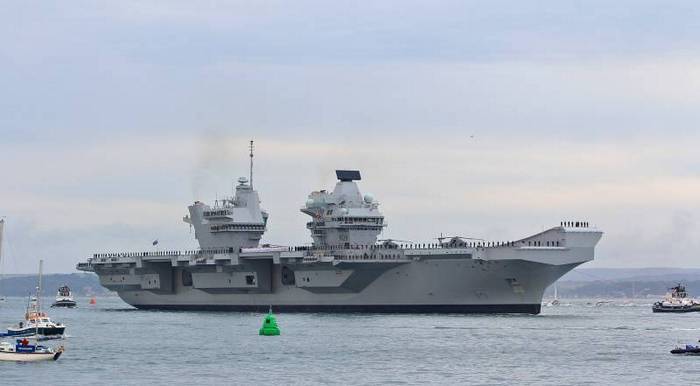 A problem was found with shaft seal (pump operation). Now the aircraft carrier will go to repair, while he is near Portsmouth
- the newspaper quotes the representative of the Royal Navy.

In early December, it was reported that the aircraft carrier, whose value exceeds three billion pounds, began service as part of the British Royal Navy after the ceremony of "baptism" at the naval base in Portsmouth.

The ship with a displacement of 65 thousand tons and a length of 280 meters is capable of speeds up to 25 nodes. It can accommodate up to 1,6 thousands of crew members, and the standard aircraft group of the ship has up to 40 airplanes and helicopters.

Ctrl Enter
Noticed oshЫbku Highlight text and press. Ctrl + Enter
We are
The aircraft carrier Queen Elizabeth: the largest ship in the history of the British fleetUnexpected guests in the control zone of the Pacific Fleet of Russia and the Chinese Navy. British AUG at the gates of the Great Pacific Game
Military Reviewin Yandex News
Military Reviewin Google News
62 comments
Information
Dear reader, to leave comments on the publication, you must sign in.