December 20 2017
4
Officially, this open-air museum is referred to as a memorial exposition “Weapon and military equipment of the period of the Second World War 1941-45. ” The exhibition is one of the objects of the Novorossiysk Historical Museum-Reserve and is located at Lenin Avenue, the area of ​​the beach "Spit". At the same time, the museum is part of the memorial complex "Malaya Zemlya", officially opened on September 16 of the year 1982. But the museum of military equipment was opened much earlier. Moreover, it was located in another place (albeit in the same area), and it looked very different. Therefore, here are some archival photos. 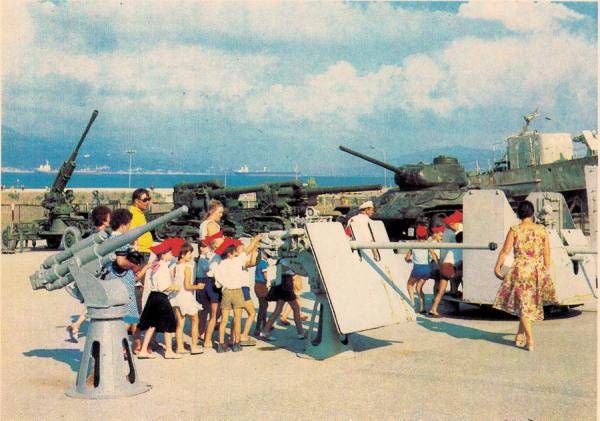 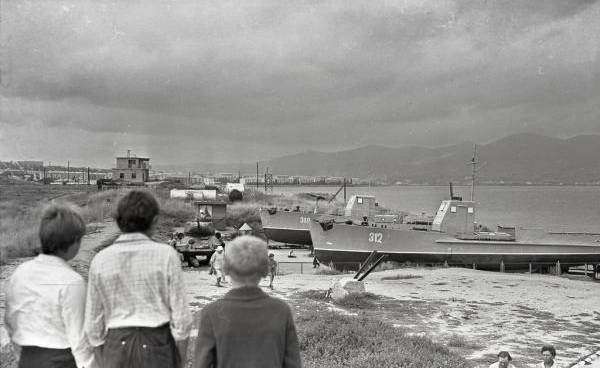 The exposition grew from year to year. Replenishment of the list of exhibits went mainly in two ways: writing off obsolete military equipment, or thanks to finds from the bottom of the Black Sea. Our sea element to this day is more than rich in various finds. By the way, this is why far from all the exhibits belong to the period of the Great Patriotic War, even approximately.

After the start of construction of the memorial complex "Malaya Zemlya", as we know it now, the museum of military equipment began to take on its modern look. First, he moved to permanent residence on the left side of the stone monument ship, which forms the basis of the entire "small land" ensemble. After that, the museum was surrounded by a metal fence.

Unfortunately, 90 soon erupted, and what was going on for years, began to experience the opposite trend. Some tried to saw off, something rusted in an aggressive seaside environment without proper care, but something was eventually removed, fearing, as it were, someone who wanted tactile contact did not cripple themselves. But it is different история.

We proceed to the inspection. Photos by the author, taken at the end of October of this year, while the southern sun was still generous. 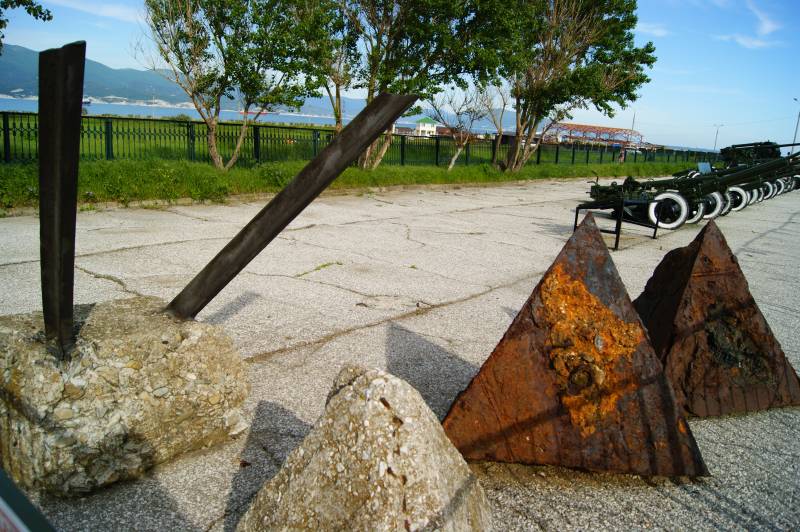 First among the exhibits to the left of the entrance we were met by anti-tank ramifications, which were made at Novorossiysk cement plants in 1941-42. 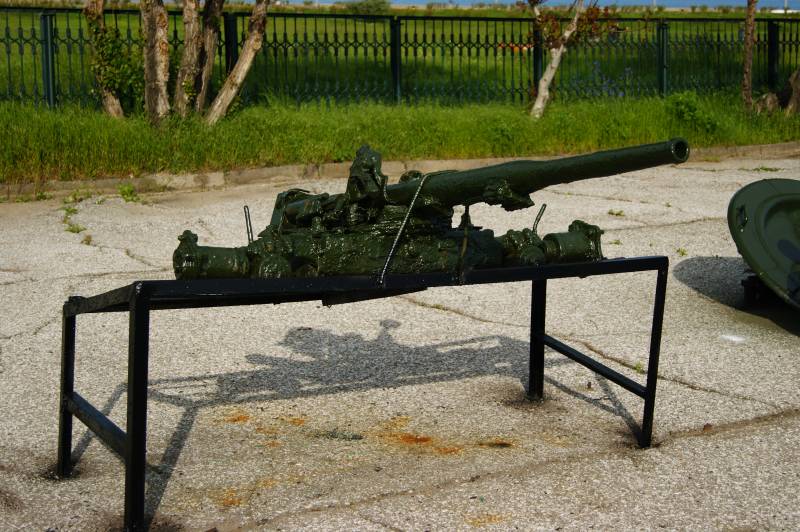 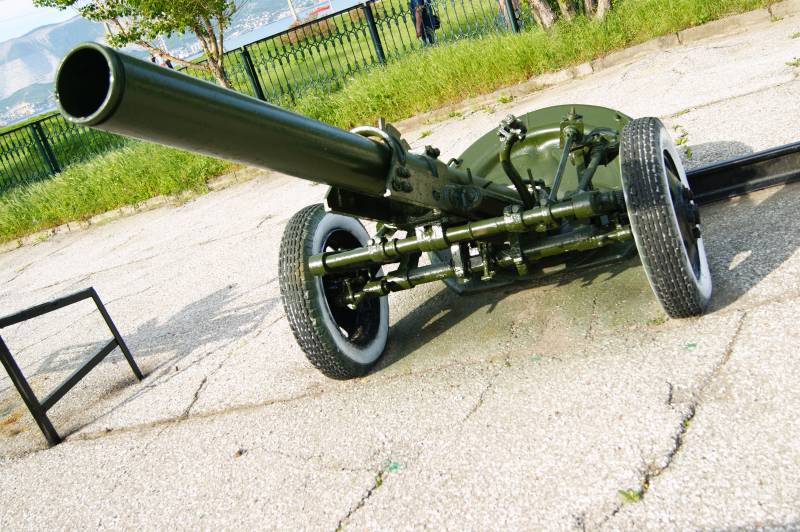 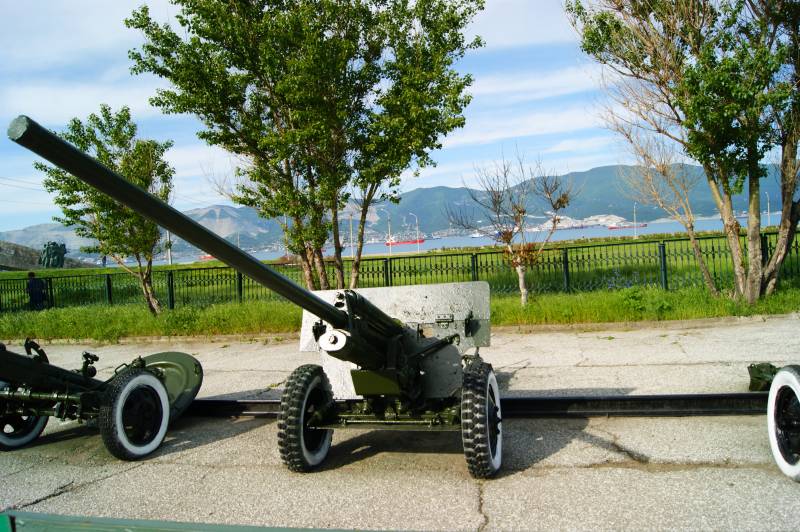 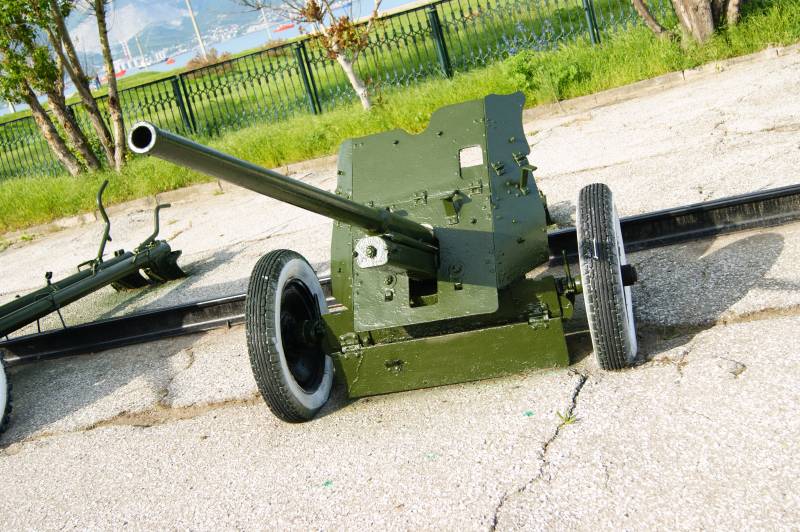 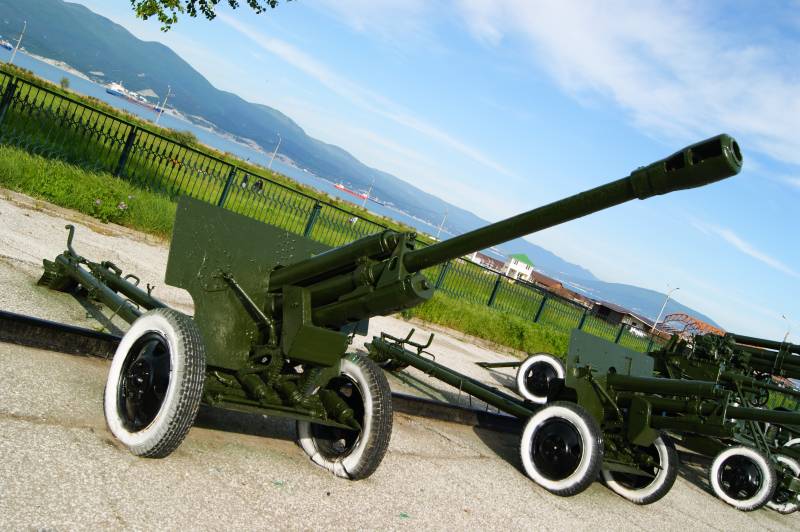 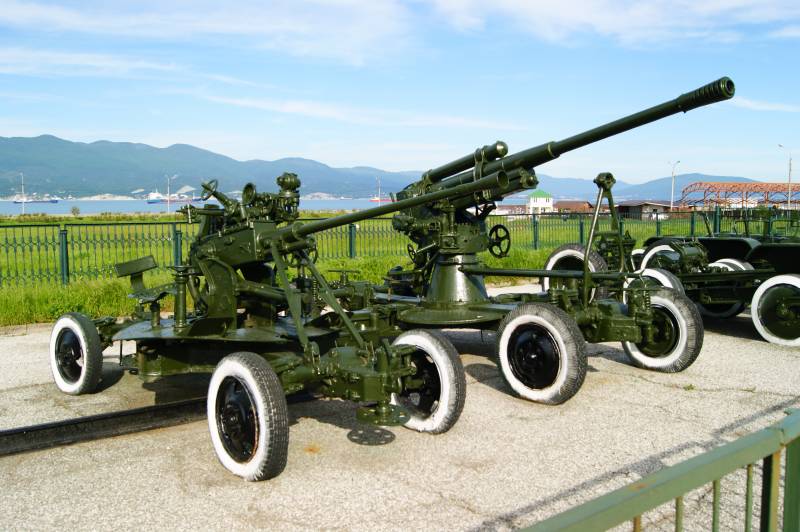 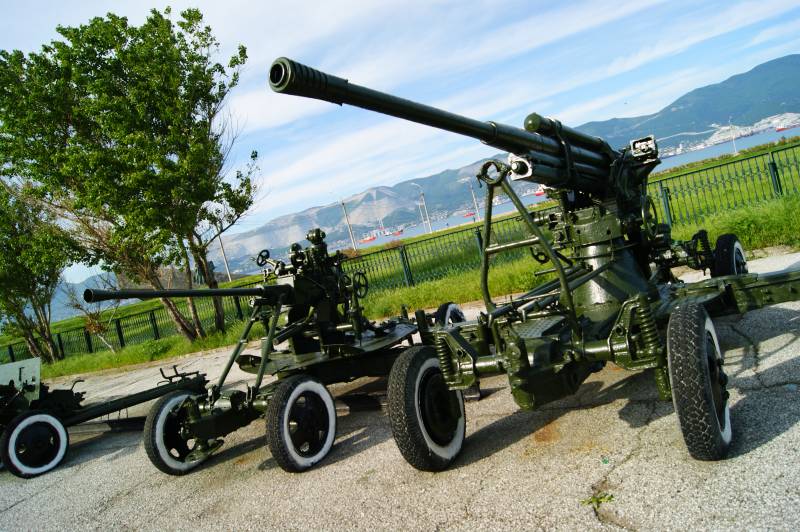 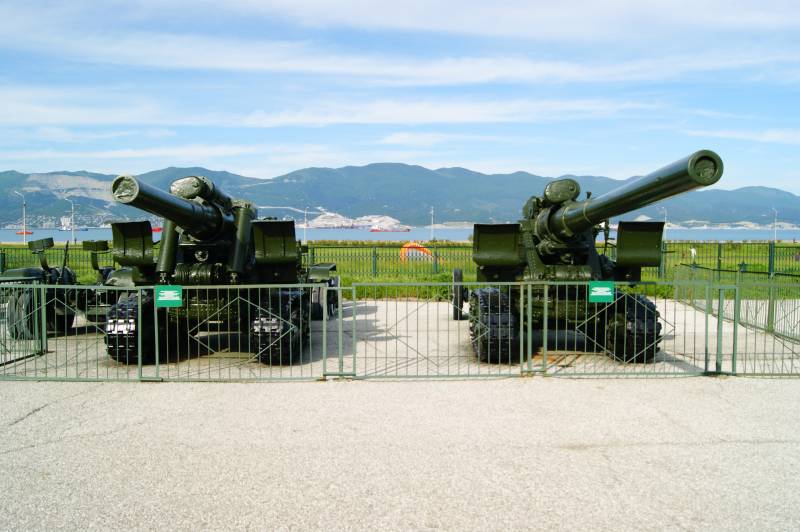 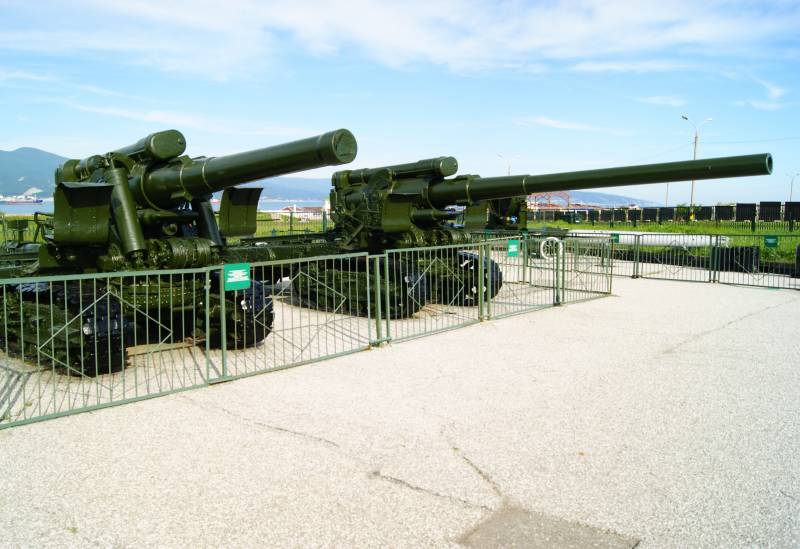 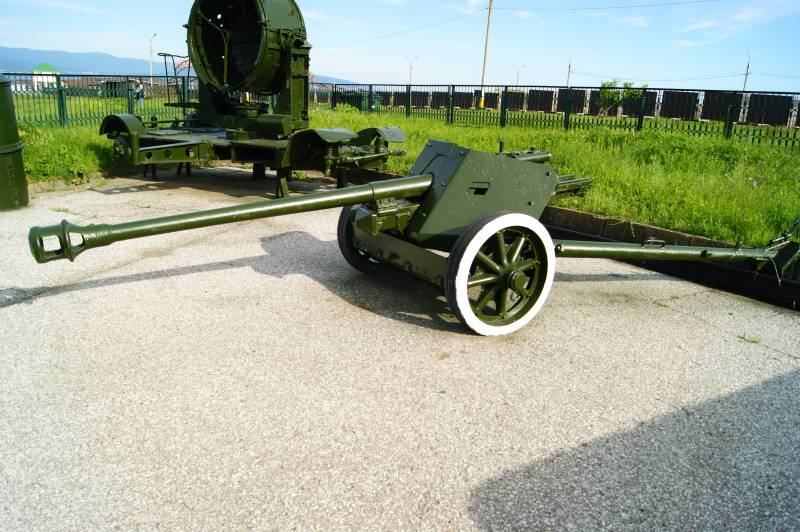 And here is the "small" saboteur, hecing into the ranks of the glorious Soviet technology. 75-mm German anti-tank gun Рak 40. The barrel drooped, apparently with shame for such a "wonderful" painting. For the sake of truth, it should be noted that this trophy weapon was captured by the "landlords" and sent more than one projectile towards the former owners. A curious detail, on the tires of this gun were the curved letters of the name of the manufacturer of these rubber products - the French company Michelin. 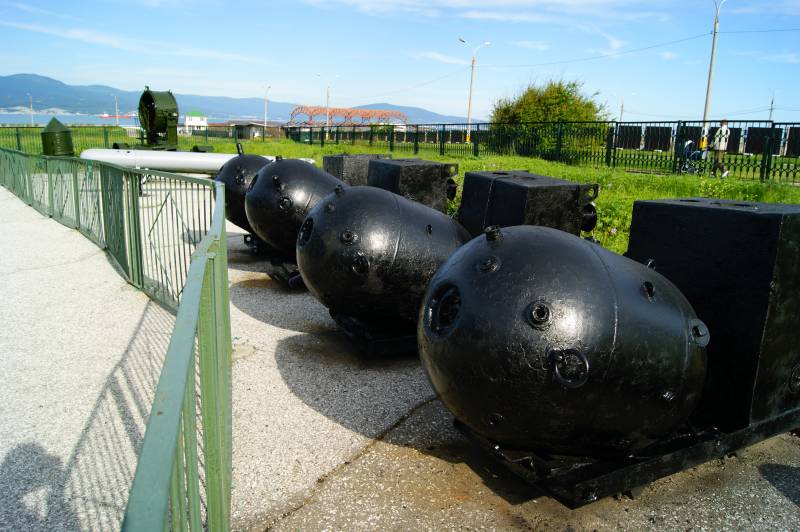 And here is a small collection of naval ammunition. Soviet sea anchor mine KB (ship large) "Crab". The total weight in the combat collection of this "ball in a box" over a ton.

Tightened by reinforcement, the only thing that is true is that it does not allow them to fall apart, and in the most unpresentable form - depth charges BB-1. 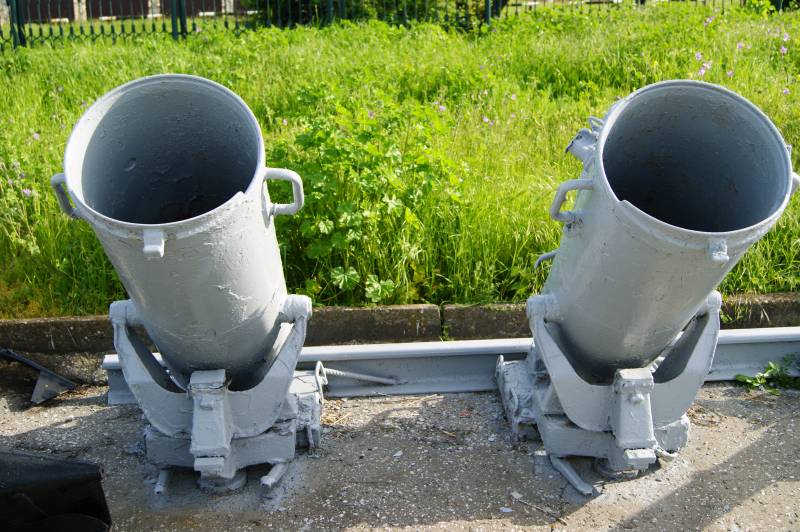 Soviet beshtochny single-barrel bomb caliber 433 mm BMB-2 (large sea bomb). It was put into service after the war, but quickly became obsolete, therefore, apparently, it turned out to be here. 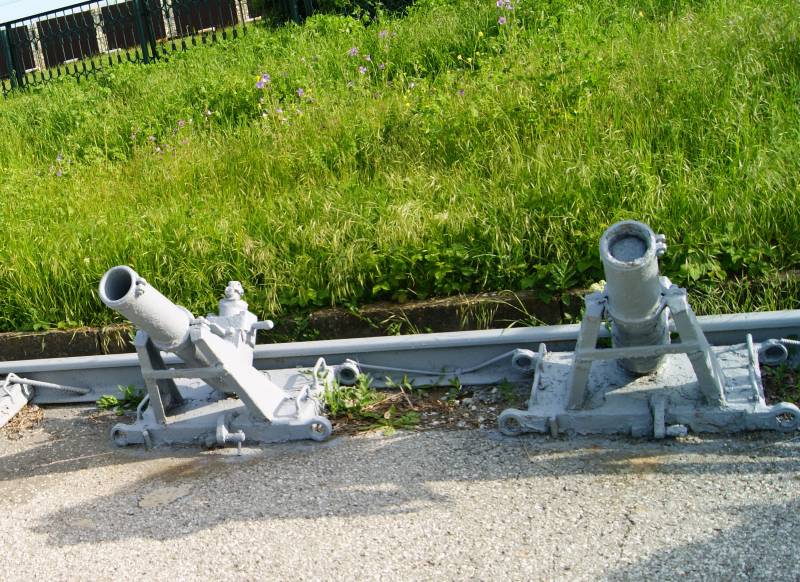 The fodder gas-dynamic bomb (however, in all available sources is indicated as a pin) single-barreled caliber 107 mm BMB-1. 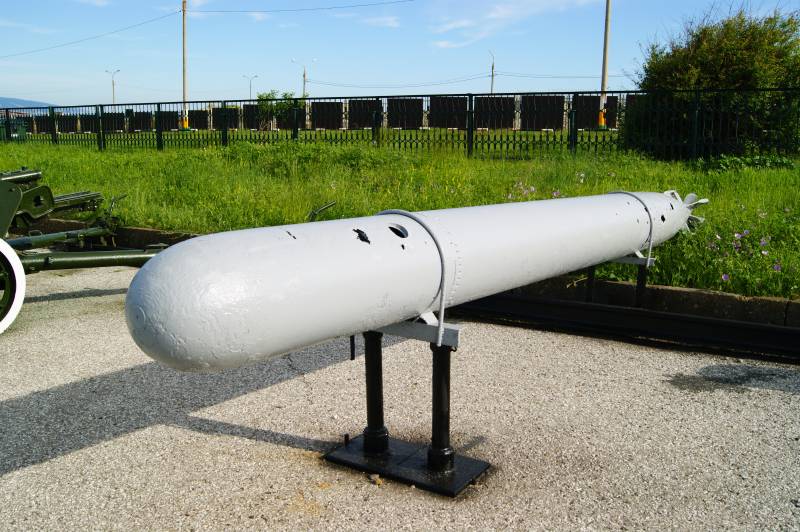 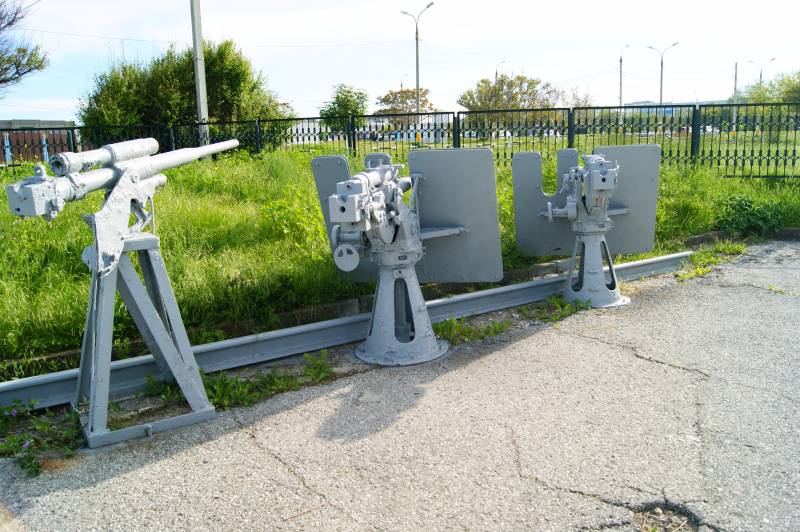 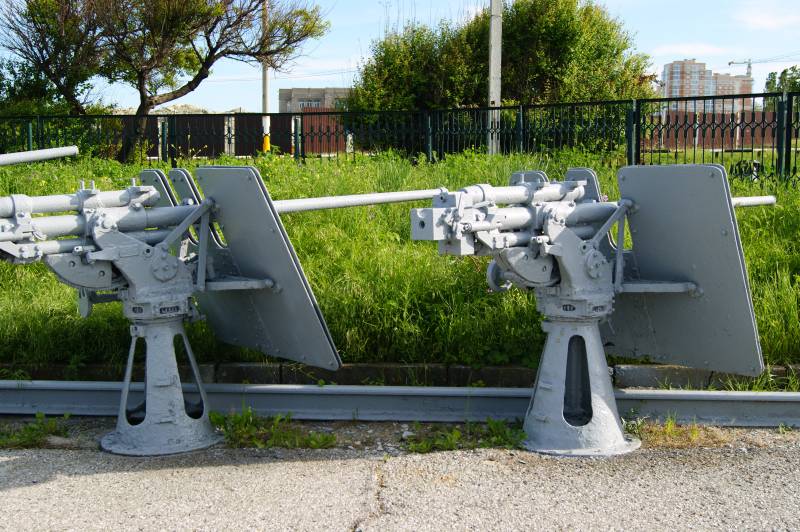 And then lurked a whole company of naval artillery installations. These are 45-mm semi-automatic 21-K guns (on the left, lifted from the bottom) and its upgraded versions of the 21-KM (on the right, they can be easily recognized by the installed shield cover).

Continuing in the second part ...