Do not scream - do not win: Macron is ready to win a virtual victory over the IG 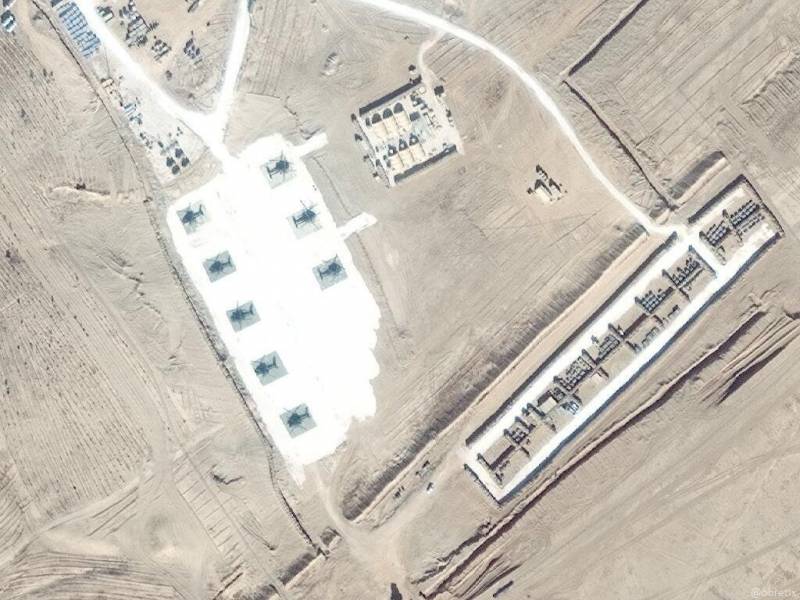 The international coalition will win ISIS before the end of 2018, and Syrian President Assad will surely stand trial as the enemy of his people. The author of these lines is by no means a pseudo-expert who does not know the situation in the Syrian theater, but the President of France is a purely “competent” person, since the state he leads is participating in the military operation in the SAR as part of the international coalition.

The only trouble is that the general efforts of the Western allies in Syria in the fight against international terror look rather faded. What can we say about the results of one France, which recently manifests itself only where it is allowed to it. So far, the violent activities of the French can be noted only in the media space.

The loud, and at the same time, unsupported theses on the situation in the Syrian Arab Republic were uttered by Mr. Macron on the television channel France 2. According to the leader of the Fifth Republic, the militants of the banned in many countries of the Islamic State will be finally defeated by the international coalition soon, in February of next year. As for the current government, Assad must necessarily be brought to justice, since he is "the enemy of his own people."

A rather bold statement, if we recall that actions including Paris led first to the overthrow and murder of the head of the People’s Libyan Arab Jamahiriya, Muammar Gaddafi, and in the further emergence of uncontrolled space in North Africa.

The results of the operation “Iraqi Freedom” (the official name of the operation of the US Armed Forces to invade Iraq) are not forgotten. Few of the organizers of the Iraqi invasion today publicly admit that the desire to create democracy in this republic failed and led not to "freedom", but to the emergence of an "Islamic state", whose operational units initially included Hussein's military personnel.

But does Macro report this? Of course not: “We have just won the war in Iraq with the coalition. And I think that until the middle, by the end of February, we will win the war in Syria. ”

There is no doubt in the last phrase, given that the defeat of ISIS is already assured. Ignoring this fact, the Western allies continue to build capacities, so illegally in Syria. This is primarily about the US military bases, the modernization of which today is of paramount importance to the Western allies. If desired, in social networks you can find a sufficient number of photos to confirm this.

In late October, the Americans completed the reconstruction of one of these outposts in the province of Hasek near the village of Jisr al-Shaddadi. Upon completion of construction, the American base had the opportunity to receive helicopters of various types, and the territory itself was surrounded by a protective moat, which is clearly visible in the picture.

It is assumed that these security measures appeared for a reason in the El-Shaddadi area. According to media reports, this area is already actively used by Americans to train militants of the Islamic State and is gradually turning into a base in Al-Tanf, where, according to various estimates, between one and a half and three thousand bright representatives of the "moderate opposition".

The very theme of training armed groups by foreign intelligence agencies is unpopular among foreign media. Reluctantly voiced details about the creation of the "New Syrian Army" in al-Shaddadi and the ruling elites of the West. Does not raise the topic of training militants and Macron. He is still full of confidence that only one person is guilty of the Syrian crisis.

Ctrl Enter
Noticed oshЫbku Highlight text and press. Ctrl + Enter
We are
What you didn't want to know about EnglandInterview by President Bashar Al-Assad to the Sunday Times
Military Reviewin Yandex News
Military Reviewin Google News
36 comments
Information
Dear reader, to leave comments on the publication, you must sign in.