December 18 2017
35
The US military opened fire on the attacker, who by car tried to ram the gates of the Mildenhall military base (RAF Mildenhall) in Suffolk, UK. About this with reference to the representative of the department of public relations base reports Reuters. 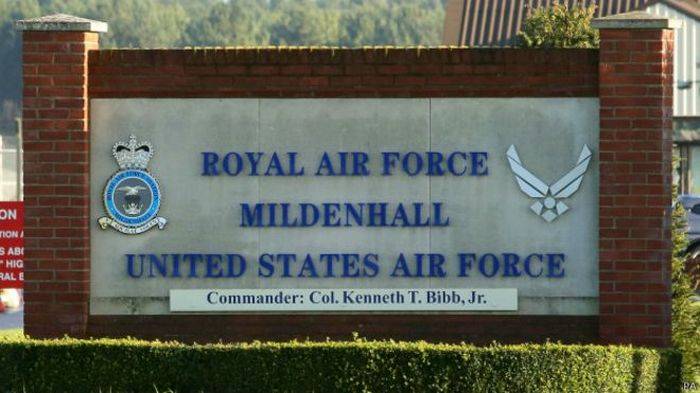 Earlier, the media wrote that the car was trying to illegally enter the territory of the air base, while, according to eyewitnesses, there were sounds of gunfire. Police detained a suspect in connection with the incident. A man with bruises and cuts was placed in custody.

The shots at Mildenhall airbase in Suffolk County, England were made by US soldiers during an incident with an unknown attacker
- the county police reported on Twitter.

It is noted that during the incident no one was hurt.

A source in the British Defense Ministry reported that an unknown person was detained on Monday after he tried to drive a car to the US air force base in the British Suffolk county.

Airbase, as clarified by Sky News and The Telegraph sources in the Ministry of Defense, after the incident was closed. Now restrictions are removed. Mildenhall is owned by the Royal Air Force of Great Britain, but including parts of the United States Air Force.