December 18 2017
92
The Russian Army controls the airspace over the Arctic around the clock, said the head of the radio engineering troops of the Russian Aerospace Force, Major General Andrei Coban. 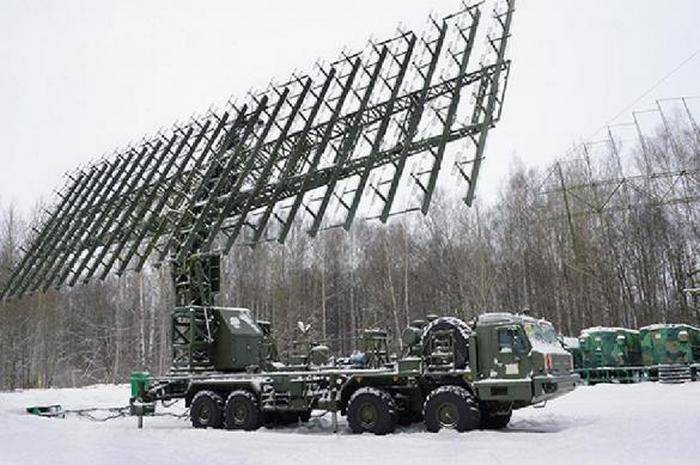 The general noted that there are armed systems capable of detecting any air targets - including those made using stealth technology - regardless of weather conditions and time of day. Among the equipment carrying combat duty are the newest “Nebo-M” medium-range radars for medium and high altitudes with a range of up to 1800 kilometers, low-altitude and mobile radar Plyot, Caste-2-2, Gamma-C1, all-altitude detectors and automatic processing and data transfer systems "Foundation".

Over the past five years, the number of new equipment that has entered service has increased more than 10 times. Radar complexes, combat and standby stations monitor airspace at a distance of more than 400 kilometers and an altitude of more than 100 kilometers, and are able to automatically find and accompany more than 200 targets of various classes: from missiles to small-sized UAVs
- told the general. Serious work to strengthen control over the Arctic sky continues, he added.

For three years, the joint strategic command of the North has significantly strengthened the combat potential in the Arctic and has proved its readiness to defend Russia's national interests, said the commander of the North fleet Admiral Nikolai Evmenov.

The NSC "North" includes the unification of nuclear submarines with ballistic missiles on board, the Air Force and Air Defense Army, the unification of disparate forces, the Army ground corps, coastal troops and surface ship formations.
Ctrl Enter
Noticed oshЫbku Highlight text and press. Ctrl + Enter
We are
Perspective radar "Podlet-M-TM" was tested and ready for dutyThe advantages of the “Nebo-M” complexes in the anti-missile link of the Russian Aerospace Force of the Russian Federation: irreplaceable assistants of “Voronezh” and “Podletov”
92 comments
Information
Dear reader, to leave comments on the publication, you must to register.