December 18 2017
46
The Prosecutor General’s Office of Russia denied Ukraine the arrest and extradition of the ex-commander of the Kiev regiment "Berkut" Sergei Kusyuk in connection with obtaining Russian citizenship, the press service of the department said. 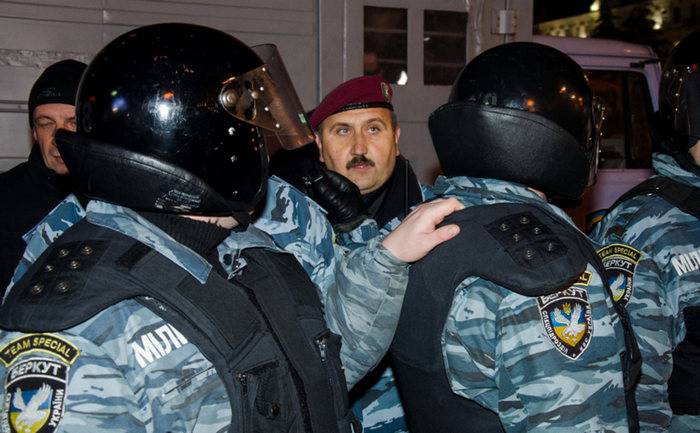 7 November 2017, the Prosecutor General’s Office of Ukraine reported that the competent authorities of the Russian Federation refused to detain and extradite Ukraine to Kusyuk, as he is a Russian citizen.

Earlier, the Prosecutor General’s Office of Ukraine stated that the investigation considers the special unit of the Kiev "Berkut" to be involved in the shooting of February 20 2014 protesters in the center of Kiev. As reported by S. Gorbatyuk in November 2015, fighters from this company are charged with committing 39 murders to protesters on Institutskaya Street.

Meanwhile, as reported, this summer, the Ukrainian media noticed Kusyuk in the form of riot police and with a walkie-talkie in the photo from the opposition rally in Moscow 12 June 2017, Interfax reports