December 19 2017
24
December 19 in the Russian Federation is celebrated as the Day of Military Counterintelligence. This structure is engaged in a very important activity for the security of the country and the armed forces: “special men” identify persons cooperating with foreign intelligence services, fighting terrorism, crime and corruption, drug addiction and other deviant phenomena in the army. The current date for Russian military counterintelligence is of great importance - 99 is being celebrated since the creation of December 19 on 1918 as part of the VChK of the RSFSR of special departments. Almost a century has passed, but military counterintelligence is still commonly called “special people”.


The path of military counterintelligence in Russia was thorny and difficult. This service has repeatedly changed its name, has undergone various organizational changes, but the essence of its work remained unchanged. Despite the fact that the first divisions engaged in counterintelligence in the army appeared in the Russian Empire in 1911, the true formation of military counterintelligence in our country is entirely connected with the Soviet period stories. The revolution needed protection and the organization of structures capable of fighting saboteurs and spies, the Soviet government already attended to the 1918 year. First, the Military Department of the Cheka and the Military Control were created. A number of tsarist officers, who had previously served in the counter-intelligence units of the army, were taken to the military control service.

However, the duality in the organization of the management of counterintelligence did not contribute to its effectiveness. Viktor Edwardovich Kingisepp - an old Bolshevik, a member of the All-Russian Central Executive Committee, seconded to the Cheka. Felix Edmundovich Dzerzhinsky heeded the arguments of Kingisepp. Already in December 1918 of the year. A special department of the Cheka was established at SNK RSFSR. 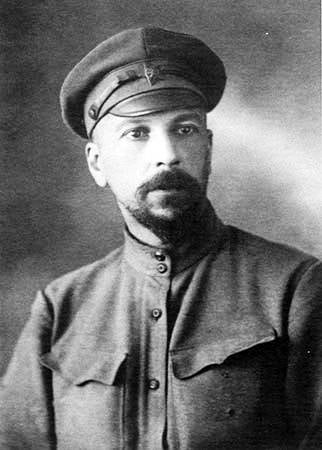 The most reliable personnel were sent to serve in special departments, preference was given to proven Communists. The first congress of employees of special departments even adopted a special decree, in which he emphasized that the requirements for party experience placed on security officers should be higher than those of other Soviet party, military and government officials. In 1919, the head of the VChK Felix Dzerzhinsky himself became the head of the Special Department of the Cheka. Thus, he took upon himself the direct leadership of the military counterintelligence agencies. Special departments Cheka played a crucial role in the fight against spies and saboteurs during the Civil War. During the Civil War, counterintelligence was eliminated by a large number of conspiracies, which were attended by opponents of Soviet power. 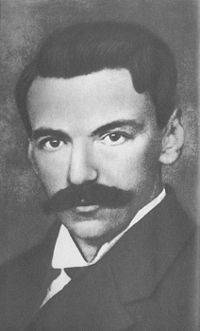 An interesting episode in the history of military counterintelligence is the transfer to the Special Division of the Cheka of the Russian Federation of duties to protect the state border of the RSFSR, which followed in November 1920. From July 1920 to July 1922 A special department of the Cheka was headed by Vyacheslav Rudolfovich Menzhinsky, who then replaced Dzerzhinsky as head of the OGPU. In January 1922, the Secret Operations Directorate (JMA) was created, in which, in July 1922, two divisions were allocated - the counterintelligence department, responsible for the general counterintelligence in the country and the fight against counterrevolutionary organizations, and the special one, responsible for counterintelligence work in the army and on navy. It was in the 1920s and 1930s that the military counterintelligence bodies were further strengthened. In 1934, the Special Division became part of the Main Directorate of State Security (GUGB) of the NKVD of the USSR as the 5th Division (since 1936), and in 1938, after the abolition of the GUGB, the 5nd Division was established on the basis of the 2th Division. Management of special departments of the NKVD of the USSR. However, in 1938, at the initiative of Lawrence Beria, the Main Directorate of State Security was re-established. The 4th Special Division of the GUGB, which is responsible for military counterintelligence, was revived in its composition. 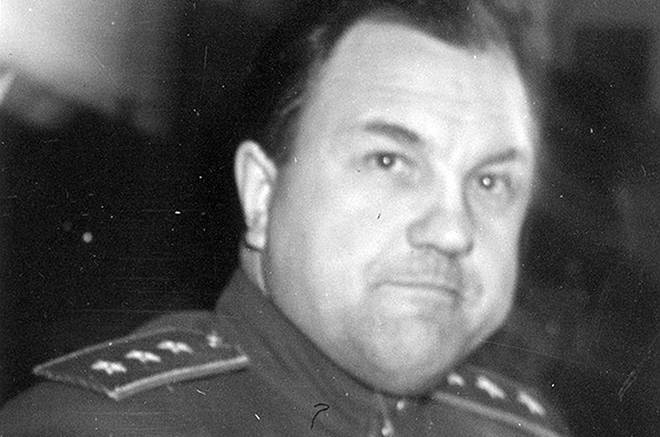 The authorities of SMERSH were charged with the fight against spies of enemy intelligence services, the fight against desertion and deliberate self-mutilation on the front, with abuses of commanding staff, and military crimes. The very abbreviation SMERSH terrified not only the enemy, but also the criminals and offenders in the ranks of the Red Army, deserters and traitors of all stripes. As the occupied territories of the Soviet Union were liberated, SMERSH authorities proceeded to clarify the events that occurred during the occupation, including identifying individuals who collaborated with the Nazi occupation authorities. It was the authorities of SMERSH that played the main role in identifying individuals and detaining many war criminals - policemen, punishers and their accomplices from among Soviet citizens. Today, in some publications, SMERSH bodies are shown solely as ruthless “punishers” who allegedly shot their own soldiers in the back and persecuted Soviet soldiers for the smallest violations, sometimes - on trumped-up charges. 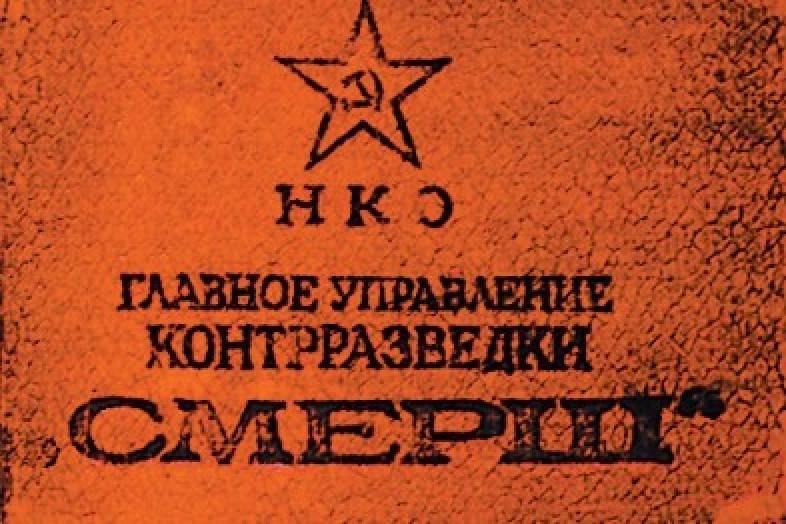 Of course, in the activities of SMERSH, like any other structure, there were mistakes and exaggerations, and, taking into account the specifics, these mistakes could lead to broken fates and cost someone their lives. But blaming the entire SMERSH of these mistakes and even crimes is unacceptable. Smershevists with weapons in their hands they fought against the Nazi occupiers, policemen, collaborators, participated in the elimination of gangs of criminal criminals and deserters who were operating in forests, in rural areas and liberated cities. The contribution of SMERSH to the restoration of Soviet power, law and order in the liberated territories of the Soviet Union is invaluable. Many SMERSH counterintelligence officers were killed in battles with the enemy, fell in the line of duty in the rear. For example, during the battles for the liberation of Belarus, 236 of SMERSH employees were killed and 136 employees were still missing. The SMERSh operatives on average served for three to four months, after which they dropped out in connection with a death on a combat mission or in connection with a wound received. SMERSH officers, Senior Lieutenant Peter Anfimovich Zhidkov, Lieutenant Grigory Mikhailovich Kravtsov, Lieutenant Mikhail Petrovich Krygin, Lieutenant Vasily Mikhailovich Chebotaryov were posthumously awarded the high title of Heroes of the Soviet Union. But a lot of Smerzhevan gold stars did not receive, although they fully deserved it - the authorities did not differ by special generosity for awards to counterintelligence. 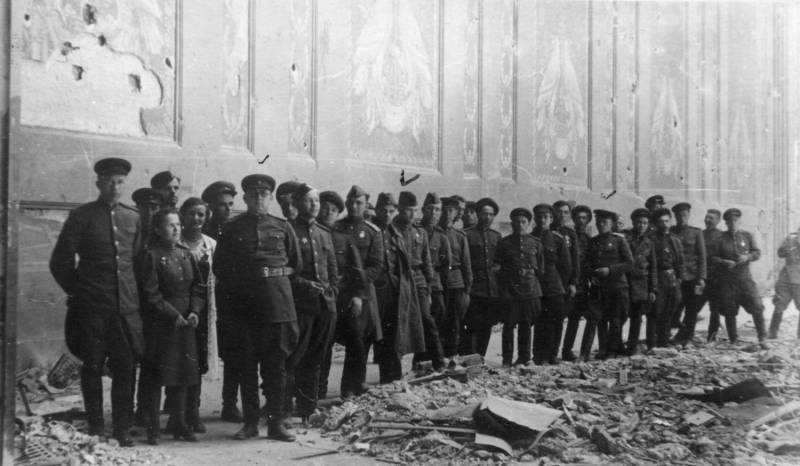 After defeating Nazi Germany, counterintelligence SMERSH was engaged in studying and filtering soldiers and officers returning from German captivity. In May 1946, the SMERSH bodies were disbanded, on their basis special departments were returned, which were transferred to the jurisdiction of the USSR Ministry of State Security. Subsequently, special departments retained their functions in the composition of the USSR State Security Committee. 18 March1954, the Third KGB Directorate of the USSR was created within the KGB and was responsible for military counterintelligence and the activities of special departments. 1960 to 1982 it was called the Third Office, and in 1982 the status of the Main Directorate of the KGB of the USSR was returned. 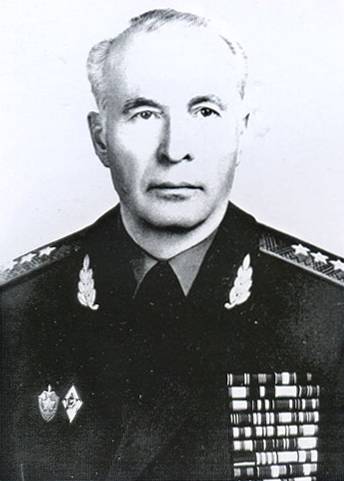 Special departments were created in all military districts and fleets. In the Soviet troops stationed outside the country, special departments of the GSVG (Group of Soviet Forces in Germany), SGV (Northern Group of Forces in Poland), TsGV (Central Group of Forces in Czechoslovakia), South Eastern Forces (Southern Group of Forces in Hungary) were created. A separate Special Division Directorate operated in the Strategic Missile Forces, and in 1983, the Special Division Directorate was created, responsible for counterintelligence work in the Internal Troops of the USSR Ministry of Internal Affairs.

from February 1974 to 14 July 1987 The Third Directorate was headed by Lieutenant General (with 1985 - Colonel General) Nikolai Alekseevich Dushin (1921 — 2001). In the Red Army, he entered the service in 1940, after graduating from the Stalingrad military-political school, served as a political officer of the company, commander of a rifle company on the Far Eastern Front, and in 1943, he was transferred to the military counterintelligence agency SMERSh. Nikolay Dushin carried his whole life in the service of military counterintelligence structures — for nearly half a century he gave special departments. From December 1960 to June 1964, Nikolai Alekseevich headed the Department of Special Departments on the State Border Guard Service, then from June 1964 to August 1970. He was the head of 1 of the Third Directorate of the KGB of the USSR. In 1987, Dushin was removed from office - ostensibly in connection with the revealed violations of the work of special departments in military units in the Far East. In fact, apparently, the 66-year-old Colonel-General fell under the unfolding flywheel of the “purge” of the state security and armed forces of the USSR from patriots - communists. Recall that it was in 1987-1989. The “emancipation” of the Soviet power structures from the “old cadres” of the Stalinist appeal, in which M.S. Gorbachev and his entourage could see the danger to their plans for "restructuring" and the collapse of the Soviet state.

In Soviet times, the “special forces” worked in every major military unit of the Soviet Army and Navy. Under peaceful conditions, they were assigned the responsibility of monitoring the moral, psychological and ideological situation in military teams. Military counterintelligence played a very important role during the participation of the Soviet Union in the armed conflict in Afghanistan. Many military counterintelligence officers went through the Afghan war, participated in hostilities, in secret operations against the Mujahideen. These skills were useful to them and the younger generation of military counterintelligence in the post-Soviet period, when a number of armed conflicts broke out in the territory of the former USSR. 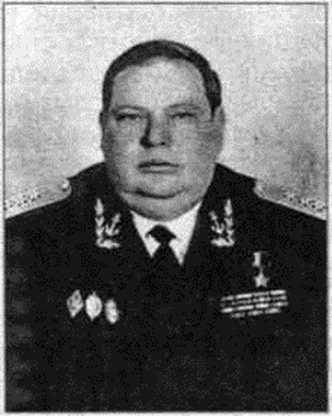 Today, officers of military counterintelligence agencies, as if society did not belong to them, continue to carry out their heavy and dangerous service in protecting the national security of the Russian state. On this day, which is significant for them, it remains only to congratulate the military counterintelligence and service veterans on the holiday, to wish them more success and less losses.