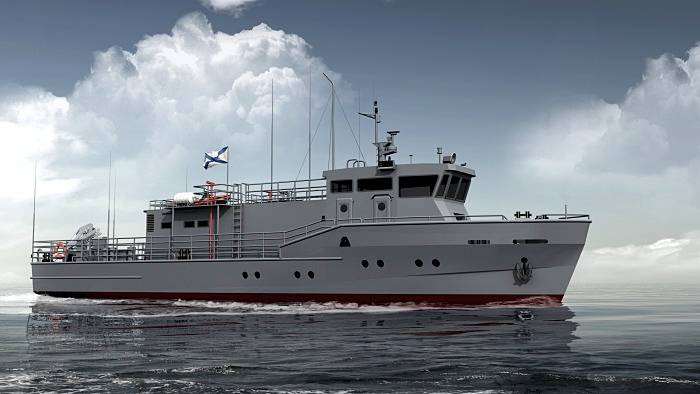 In the current year, the composition of the Pacific Fleet search and rescue squad has been replenished with a modern modular diving boat of the catamaran type "SMK-2177". Next year, rescuers are preparing to take two more special boats of the new project, which will significantly expand the capacity of the Pacific Fleet to search and rescue at sea,
told Voskresensky, summing up the work for the 2017 year.

It is a question of new diving boats of the 23040 project, built at the Nizhny Novgorod Shipyard OJSC.

They are designed to "ensure the performance of diving work at depths up to 60 meters at sea waves up to three points, prospecting, survey and research work with the help of a regular small-scale remote-controlled uninhabited underwater vehicle and towed sonar." In addition, boats allow you to extinguish fires on ships, floating and onshore facilities up to 30 meters, pumping water from emergency vessels.