December 18 2017
21
The motorized rifle unit of the Central Military District (TsVO) deployed in the Altai Territory received a brigade set of the newest portable anti-aircraft missile system (MANPADS) “Verba”, intended to destroy airplanes, helicopters, UAVs and cruise missiles, according to the state defense order, the press service of the district reported on Monday to journalists the assistant to the commander of the district troops, colonel Yaroslav Roshchupkin. 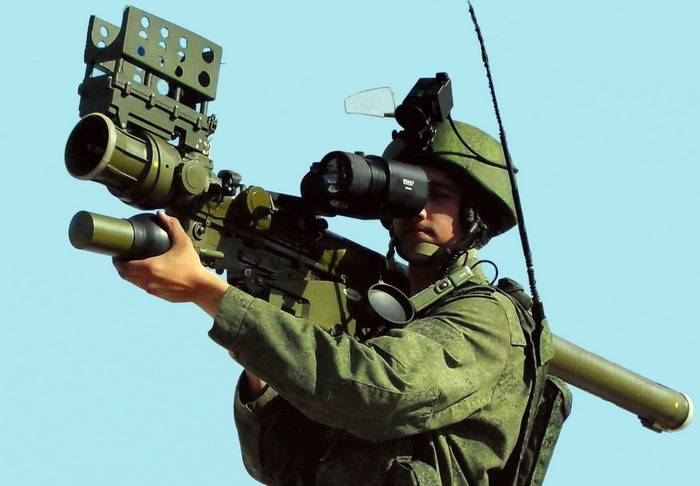 Motorized riflemen in Altai received a brigade set of the newest “Verba” MANPADS, which is distinguished by increased characteristics in terms of sensitivity, accuracy, immunity to interference and selectivity of targets.
- noted the assistant to the commander of the district troops, Colonel Yaroslav Roshchupkin.

The officer added that the MANPADS, in addition to missiles and launchers, include recognition tools "friend or foe", reconnaissance and control modules, airborne target detection, as well as service facilities and training kits.

MANPADS "Verba" is designed to destroy operational tactical aircraft aviation, attack helicopters, cruise missiles and unmanned aerial vehicles, is capable of hitting stealth targets of a conditional enemy at altitudes from 10 meters to 4,5 kilometers and at ranges from 500 meters to 6,5 kilometers.
Ctrl Enter
Noticed a mistake Highlight text and press. Ctrl + Enter
We are
In the Southern Military District on alert raised motorized infantry compoundTroops get a new wolf "Verba"
21 comment
Information
Dear reader, to leave comments on the publication, you must to register.