December 19 2017
42
Interesting things happen today in the interpretation of events. Not those who were once again today "rethought." And those whom we all witnessed. Witnesses and participants. One of these events is the withdrawal of the Russian military from Syria. 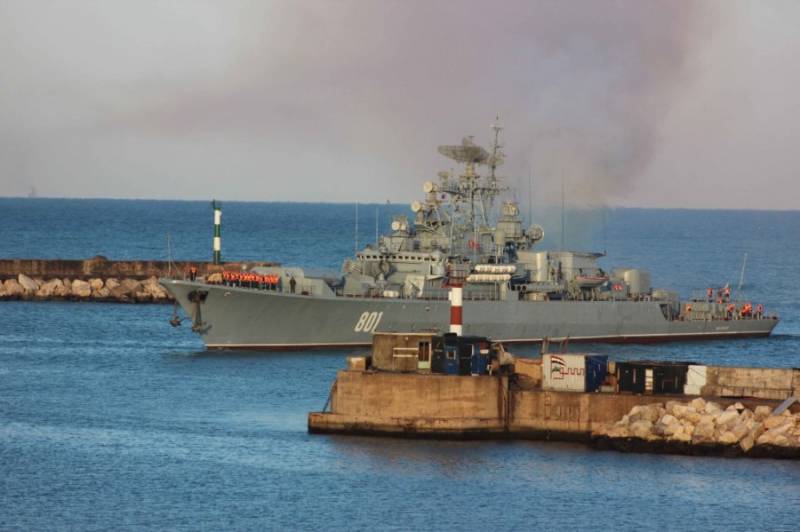 On the other hand, estimates by Western military experts and analysts. On the other hand, articles in some of our media. Terrorists broke coalition. Russia has done a lot less. All Russia's victories are nothing more than PR. And the withdrawal of troops is nothing more than capitulation. Events in Syria are just beginning. And the main violin in Syrian affairs will be played by the United States.

I absolutely do not want to argue on this issue. An understanding of simple truth has long been born in the country. You can not make a person happy. You can help with some issues. You can get rid of evil. But a happy person will not do it. Happiness is obtained by everyone on their own.

Russia is doing the same in the situation with Syria. We helped break the enemy. We saved people. But the rest is up to the Syrians themselves.

Naturally, no one hides this, Russia for its assistance has received some advantages over other countries. This and some economic benefits. Any political. But we are interested, in this context, purely military. The Russian army left Syria, but ... The Russian army remained in Syria. We got two bases on the Syrian territory for rent for 49 years. The base of the Navy in Tartus and Hmeimim airbase.

Again, it’s not worth talking about both of these bases. Let's talk about the future naval base in Tartus. Why the future? Yes, simply because what is in Tartus today is nothing more than a logistics point. With the corresponding status and territory. And, having received the consent of the Syrian government and having ratified the agreement, we will now increase the territory of the site, build the infrastructure and create a full-fledged base of the Navy.

Regarding the significance of this base, Admiral Viktor Kravchenko, the former NSH of the Russian Navy, said well: "The base assumes decent territory, all types of guards and defenses, ships call before the first rank cruisers. They will be able to replenish their stocks, and let their personnel rest."

Naturally, it is necessary to slightly open the veil of secrecy over the events that occur at this point. Explain what Admiral Kravchenko meant.

Today, the base in Tartus is already completely covered by air defense. In this area is the C-300B4 battery. Coast cover coastal complexes "Bastion". Thus, ships that are even in the coastal zone are protected quite reliably. The availability of these funds is known to Western "partners". What discourages any desire to check the Russian sailors on the "subtlety of the intestine."

What needs to be done "already yesterday"? First of all, it is necessary to broaden and deepen the fairway. With the existing fairway, the entry of cruisers of the first rank into the port is impossible. Therefore it is necessary to use a large number of auxiliary vessels for the supply of such ships.

The next or parallel step will be the construction of at least two more new piers. Naturally, for ships with a large displacement. For today the task is not to make the base convenient for any ships. Alas, the big ships will supply according to the current scheme ...

Well, the last, or, again, most likely, a parallel task is the creation of normal living conditions for the life of base staff and crews of ships. Simply put, we will build houses and other necessary premises for a normal life.

В stories contemporary Russian fleet there were no such bases. And in the USSR, such a base was only in Vietnam. It is significant that the appearance of this base radically changes the situation in the Mediterranean. The dominance of the American Navy in this region is coming to an end. But, to be precise to the end, the base in Tartus will help our ships and some other water areas to get comfortable. Where we were guests, our ships will be able to be on a permanent basis.

No matter how much the same Americans want to belittle the role of our fleet and army in solving some issues, their memory is good. And an understanding of the power of Russian ships, too. Remember about the Russian capabilities in military affairs, which we demonstrated during the fighting in Syria. "We can all" is no longer relevant. You can exactly as much as allowed. Including the Russian fleet.

I’m not afraid to be a patriotic cheer, saying that today Russian ships are again becoming the guarantor of peace in the region. Russia in reality becomes a stopper for the lawlessness of the United States.

Well, the last. Today, voices are being heard from our fellow citizens offended by the whole world with gloomy predictions of the future. We will build the base again. We will invest a lot of money. And then we will be expelled. As it was more than once. Answer is a must.

So, not only the leadership of Syria, but also other countries in the region, is well aware that the presence of Russian troops on an ongoing basis is a guarantee of peace in the region. I'm not talking about the big war. Talking about those groups that until recently could not only rob and destroy civilians by hundreds, but also destroy entire states. The understanding of this among the Arabs came through a lot of blood. But it is. And this is the best guarantee for us.

On the whole, Russia, by its operation in Syria, really changed the balance of political and military forces in the region. And even Trump's provocative statement about Jerusalem after an explosion of emotions among Israel’s opponents, by and large, did not unleash a new war. We really won. And in the near future we will enjoy the fruits of this victory.

A wolf howl from across the ocean and from Europe is familiar to us. Like singing snow with a decent frost. Crunch-crunch-crunch ...

Ctrl Enter
Noticed oshЫbku Highlight text and press. Ctrl + Enter
We are
Situational analysis of the death of the MH17 flight (Malaysian Boeing 777), made on the basis of engineering analysis from 15.08.2014Syria: Americans scare themselves, and Asma Asad buys chairs
42 comments
Information
Dear reader, to leave comments on the publication, you must to register.