Is the “Turkish Stream” route changed?

December 18 2017
167
The route of the Turkish Stream gas pipeline, which is currently being built on the section from Russia to Turkey along the Black Sea, will be changed: the pipeline will go from Turkey not to Greece, but to Bulgaria and further to Romania, Hungary, Austria, REGNUM with reference to the Turkish newspaper Habertürk. 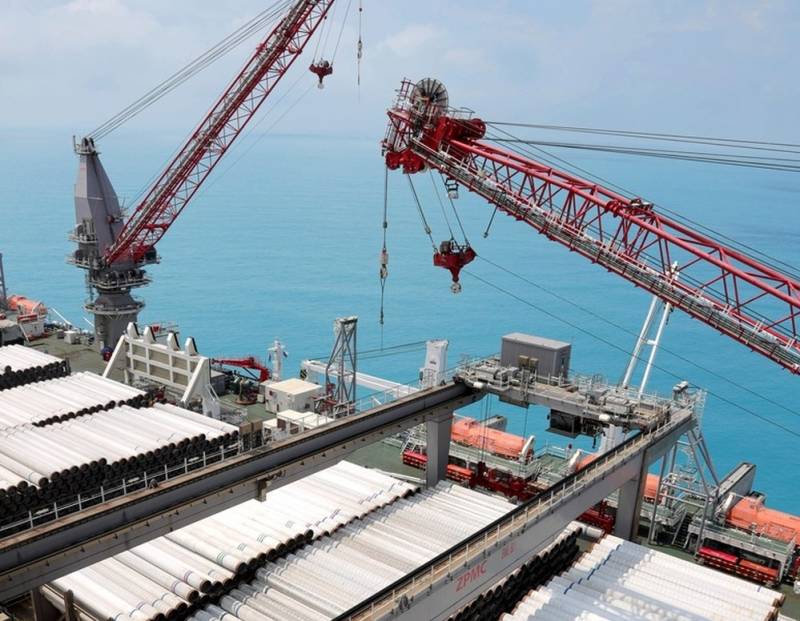 “Sudden changes were made to a pre-approved route. According to these changes, the pipeline will not go to Greece, and from Turkey it will be sent to Bulgaria and from there further to Europe, ”the newspaper writes.

According to the report, “changes in the pipeline’s route were discussed at the Turkish Ministry of Energy, after which Bulgaria, which is currently in the process of preparing the project, was notified of this at a high level.”

The information was confirmed by the Prime Minister of Bulgaria, Boyko Borisov, adding that this is also known to the chairman of the European Council, Donald Tusk, and the head of the European Commission, Jean-Claude Juncker.

In the office of Juncker lies exactly such a scheme of the "Turkish stream",
Borisov told reporters.

He recalled that Russian gas is currently flowing to Turkey through Ukraine and Bulgaria, but with the launch of the Turkish Stream, transit along these routes will be stopped.

When asked whether there is a possibility that the Turkish Stream will follow the route of the South Stream gas pipeline project and reach Varna, Boyko Borisov replied:

We work in such a way as to direct it directly to the gas hub.

He explained that “we are not talking about gas transit through Bulgaria, but about trading it through a gas hub near Varna, to which fuel will have to come both from the Turkish Stream gas pipeline, and from Romania, Greece, and even from the fields being developed so far. on the Bulgarian Black Sea shelf. ”

It is there that trade will be carried out, and from there gas will be supplied through our highways to Thessaloniki, Skopje, Belgrade and further to Hungary and Austria,
clarified Borisov.