December 18 2017
61
American analysts, who are not at all inclined to panic, believe that in the coming weeks the Russians will strike bombs on American troops in Syria. Moscow’s harsh tactics are aimed at driving Americans out of the region. The Russians themselves want to merge with the local feudal lords, they do not need competitors in this. Other analysts point out that Putin understands the nature of modern military challenges better than Trump and congressmen. 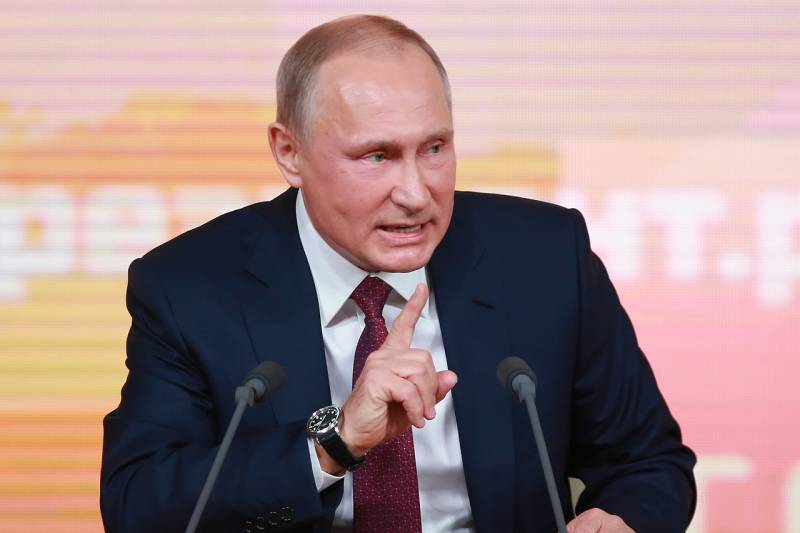 Bombing is likely to take place "in the coming weeks." The Russians will strike "US ground forces."

This is “a realistic assessment, and not a panic at all,” says the author of the exciting material.

As Jamie McIntyre reported, the other day, two F-22 fighters from the US Air Force “intercepted” two Su-25 fighters from the Russian Air Force, which crossed the line east of the Euphrates River. There are also assumptions voiced by analysts on CNN, according to which “another Russian plane, the Su-35, could have participated in this meeting”.

True, this aerial meeting can not be called really "so serious." Nevertheless, it is clear to specialists that “tensions between the United States and Russia” in Syria are “rapidly growing.”

It comes "to the growing threat of Russia," which concerns the US Army.

T. Rogan describes in this connection "three specific problems." First, it is an “escalation” leading to a direct collision.

Russia has already “repeatedly threatened to attack American troops on the ground and in the air over Syria,” says the author. Russian aircraft are increasingly over the US-controlled "deconflict zones" east of the Euphrates River. Russian pilots do not respond to radio warnings, and this suggests that the crews were instructed to "challenge" the Americans in US-controlled airspace. Given the "political sensitivity" in this matter, as well as taking into account the risks of miscalculation associated with such meetings in the air, the author concludes: Russian commanders "almost certainly work on the orders of Russian President Vladimir Putin."

The Russian leader wants the US to leave Syria and stop promoting their interests and the interests of their partners here. Putin knows that as long as the United States maintains a military presence in eastern and northern Syria, the Russians, Iranians, Turks, and the Assad army will not be able to turn Syria into an "artery of imperialism."

Fortunately, the author adds, Secretary of Defense James Mattis acknowledges the benefits of the presence of US troops in the region, and President Trump, obviously, supports his minister in this.

Nevertheless, Rogan notes further, if Putin believes that “killing several Americans with an“ accidental ”air strike” will remain “without retribution” and “help push the United States out of Syria,” he [Putin] will do just that. ”

But this is only half the strategic context! Putin’s Middle Eastern actions, the American is convinced, are aimed at squeezing the United States out of Syria and putting an end to America’s role as a “regional king.” The Russians themselves want to “get access to lucrative feudal-mercantilist relations with states such as Saudi Arabia and Egypt.”

In this sense, Putin does not consider the relations of the United States in Syria "one-dimensional". We are talking about a regional political environment. The risk lies in the fact that Putin "can count": a fatal blow to the US military in Syria "will contribute to his perception in the region as an international leader."

If Putin believes that he can take aggressive action against US interests, while avoiding "significant opposition" from Trump, he "will do it."

Unfortunately, writes Rogan, President Trump "too willingly closes his eyes to the agenda of the KGB colonel."

And that explains where America is now. She found herself in a position where the Russians believe that they can continue to escalate, which will not be followed by a "serious American response."

Yes, this time the Russian aircraft left the zone. But what about the next time?

Rogan believes that this time “the life of the Americans” depends on the decision of Trump.

Other analysts point out that Putin understands the nature of modern military challenges better than Mr. Trump or congressmen.

Putin’s armed forces are not as well funded as Donald Trump’s army, but the Russian army “is better suited for contemporary conflicts,” notes Leonid Bershidsky in a publication Bloomberg View. US spends more, but get less chances for your dollar!

During the annual press conference of the Russian president, one journalist asked Putin whether growing tensions with the United States and violation of arms control treaties could lead Russia to an arms race. "We will ensure our security without participating in the arms race," the president responded, citing the large difference in the defense budgets of the United States and Russia (in dollars).

However, this is a simplified approach of a politician starting his election campaign. The more acute question is the following: as with a relatively small and declining military budget (2,77 trillion rubles, or 42,3 billion dollars) for the 2018 year compared to about 3,05 trillion. rubles this year Russia is still a formidable US military rival? The corresponding US budget is about $ 692,1 billion for the 2018 fiscal year. For comparison: in the current, it is 583 billion dollars. That is, it is also growing rapidly!

Leaving aside the nuclear forces of both countries, the journalist remarks: Putin “may well understand the nature of modern military tasks better than US President Donald Trump and US lawmakers”, and “Russia's authoritarian system can be more effective when it comes to military spending.”

The very figures for defense spending in Russia are “deceptive,” adds a columnist. Russia is much more “militarized” than its defense spending shows. And today's wars do not mean huge mountains of money. Opponents are mainly small moving forces. Brute force is applied locally only at important points of conflict. If the Russians understood this, then the US is still “pumping money into relatively ineffective hostilities,” including “in preparation for a large-scale war, which is unlikely to take place due to existing nuclear arsenals and the unauthorized proliferation of nuclear weapons. weapons". And even North Korea, with its unknown (probably small) nuclear potential, is "dangerous enough to keep the United States from an attack."

On the other hand, Russia still gets into the arms race, too. In relative terms, Russia spends more on defense functions than the United States. Trump's budget proposal has allocated $ 71,8 billion to the Department of Homeland Security and the Department of Justice. Add to this defense spending, and the total security budget will be 764 billion dollars, or less 19 percent of total federal spending.

And here is Russia. She will spend a total of 29% of her federal budget on security, about 4,8 trillion. rubles (summed up the costs of defense and internal security). Probably, this is not even all the costs associated with security, as expert Mark Galeotti admits, since the Russians "even some of the expenses on education and development ... go for military purposes."

In the US, federal law enforcement expenditures form part of defense spending. In Russia, these two areas of government spending are "almost equal." This is the difference “between a country with a relatively liberal internal order and a country close to a dictatorship, which largely depends on the suppression of dissent and should keep large law enforcement agencies under centralized control.”

Russia could show the world, says Bershidsky, how to effectively spend money on more than adequate protection, but instead "she is participating in an arms race," which is "against her own development." For many years, education and health care have been underfunded, undermining just what, according to Putin, is his “vision” of the country's future: flexible, technological, highly productive. Judging by Putin’s answers at the press conference, he still “prefers not to notice this,” ironically Bershidsky.

If you believe the edition of the Washington Examiner, which does not take on the work of alarmists, the Russians will bomb the US land forces in Syria around New Year’s Eve. Will bring to the unlucky Yankee a sort of fire gift from Santa Claus. The White House will not respond to the Russian strike: Trump will close his eyes on Putin’s Middle Eastern tricks.

It is hard to believe in such a scenario. That is not to be believed at all. If only because the Russians in Syria are fighting with terrorists, and not with the Americans. Probably not all American experts have heard of this. In addition, part of the Russian troops from Syria is displayed. By order of Putin. That Putin himself, who allegedly himself gives orders to the commanders of the Air Force in Syria.

As for the effectiveness of the actions of the Russian army in Syria, it really proved it. There are no objections here.

Ctrl Enter
Noticed oshЫbku Highlight text and press. Ctrl + Enter
We are
Overseas ally? Donald Trump - US Presidential CandidateSituational analysis of the death of the MH17 flight (Malaysian Boeing 777), made on the basis of engineering analysis from 15.08.2014
Military Reviewin Yandex News
Military Reviewin Google News
61 comment
Information
Dear reader, to leave comments on the publication, you must sign in.