Joe Biden calls to battle. American people will rise to battle with Putin

December 18 2017
160
Mr. Biden called on all Americans to go into battle with Putin. The time has come to protect native America from “Putin and his buddies”! 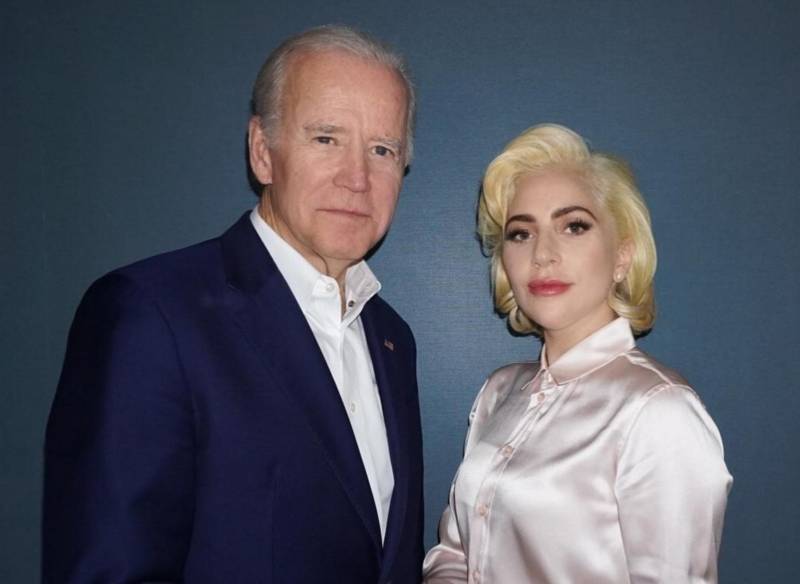 Since President Trump does not want to resist the Kremlin’s “encroachment on American democracy,” Americans must do so, said former US Vice President Joe Biden, who wrote an article for Foreign Affairs magazine. Everyone should stand up to defend his native America from Putin and his buddies: members of Congress, private firms, political organizations and ordinary Americans. Mr. Biden stated this in an essay, written in collaboration with former Assistant Deputy Defense Minister Michael Carpenter, informs "InoTV".

Western states and the Russians themselves, who dreamed of seeing their country "democratic, stable and prosperous", hoped to build democracy in Russia earlier. But the Russian government "shamelessly encroaches on the very foundations of Western democracy around the world." Biden knows why this is happening: the Kremlin wants to “protect its wealth and power”: “Putin and his buddies” are well aware that their “kleptocratic system” only “looks strong”, but remains “fragile” inside. Putin’s “friends” are afraid that “if they weaken their suffocating hold on the neck of civil society, enthusiastic applause can quickly be replaced by disgruntled cries and a contemptuous whistle.”

The best defense would be an attack - that is why the Russian authorities decided to “give battle outside their borders” in order to “attack what they consider to be the main external threat to their existence” - Western democracy. Attacking the West, according to Biden, the Kremlin distracts the attention of the people from corruption and internal economic problems, and at the same time "kindles patriotic passions." Russia is suffering from such an aggressive policy of the Kremlin: “Potemkin democracy” has prevailed in the country: the elections have been turned into “staged performances, in which neither freedom nor justice can be seen”.

This Russia should be resisted. According to the politician, the West has opportunities for confrontation: NATO members need to strengthen cyber security by involving private firms in the process, and Western governments need to maintain sanctions against Moscow. It is a pity that President Trump is not going to take active measures to counter the Kremlin and is “dodging”. Therefore, the rest should "mobilize" in the USA! And the first step here is the creation of an independent commission to analyze the actions of Moscow on the model of the organization created after the terrorist attacks 9 / 11.

“We should all together reject foreign influence on our democratic institutions and solve problems within our communities, and not allow demagogues inside the country and tyrants abroad to divide us,” Mr. Biden calls. “Putin and his henchmen do not understand that the greatest strength of American democracy is active citizens.”

So, we note, the former vice president put Russia on a par with the terrorists who hit the US in September 2001.

And soon all the indignant American people, led by progressive private companies and personally Mr. Biden, will go to reflect the Russian threat ... sorry, to fight "Putin's friends."