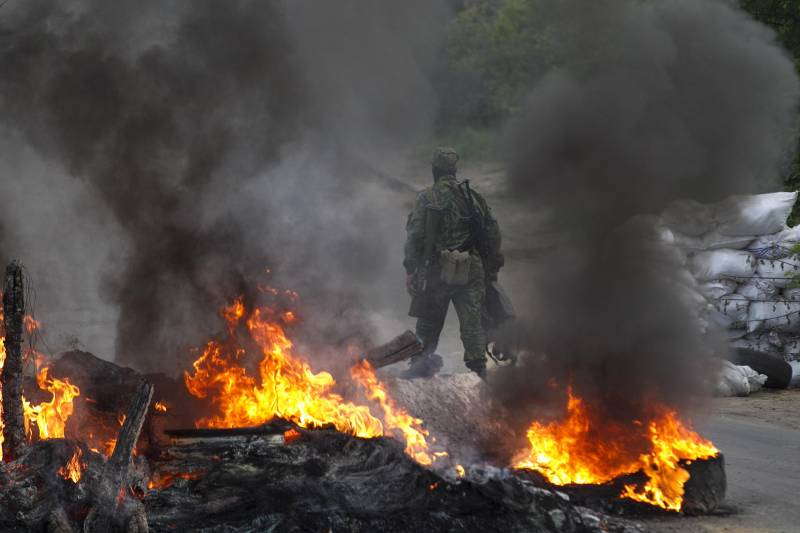 What is the essence of today's war in the Donbass? No, it is not to assemble a strike force and in one blow decide the outcome of the collision in your favor. The main thing is to make your opponent give up on his chosen path.

No, I'm not joking. In the Donbass, despite the fact that shells are still being torn there and ambushed by the DRG, the main struggle is to destroy the enemy’s desire to defend their development path. That is why now in the theater of military operations, not classical battles, but infrastructural terrorism, mostly unfold. 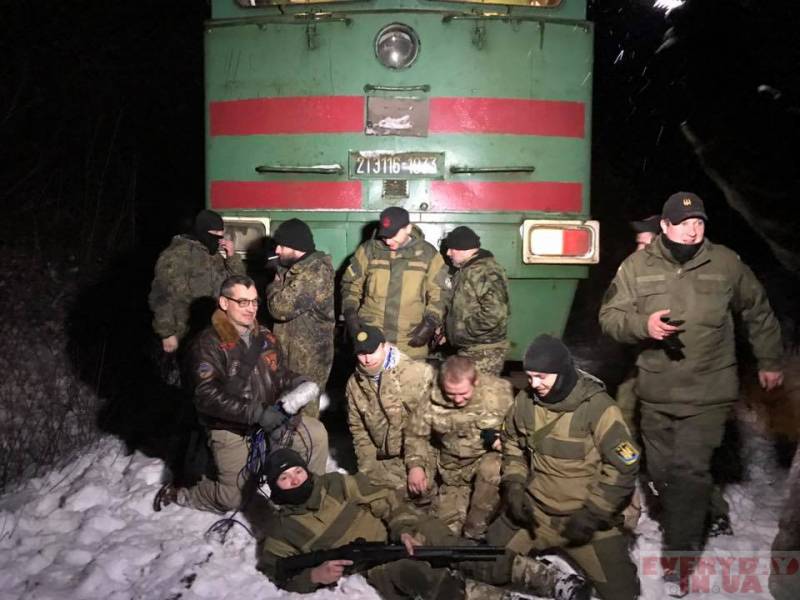 We all remember the epic with the so-called blockade of Donbass by the organized criminal group under the command of People's Deputy of Ukraine Semen Semenchenko (aka Konstantin Grishin). The blockers didn’t try to hide the main goal of their actions: to strangle the economy of the region not under their control, to make people suffer, rather than try to provoke social protests in the republics. Formally, at first, Kiev even allegedly tried to fight these actions of “activists” not controlled by it, and then, after the very first retaliatory actions by the leadership of the DPR and the LPR, he led the blockade.

The same logic was in the actions of Kiev, when he tried to smother the Crimea with various blockades. But here the effective actions of the leadership of Russia allowed to quickly neutralize the threat, and today the inhabitants of the peninsula remember this time as a temporary, but necessary difficulty in their lives. 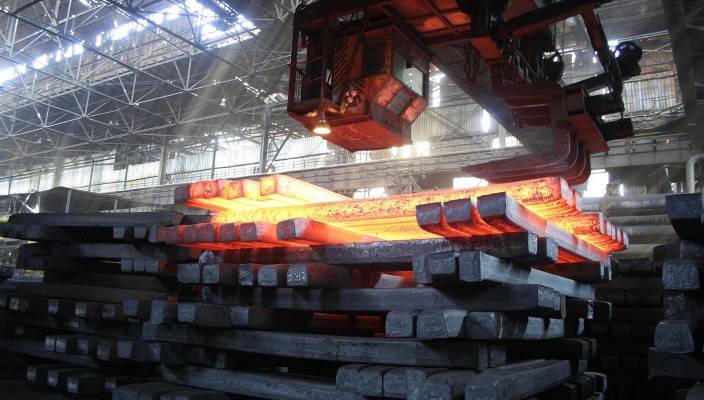 In the Donbas everything turned out completely different. Even now, residents of the republic feel the effects of the economic blockade. Yes, intermediary firms established in South Ossetia have been created and are expanding their work. They are constantly increasing their sales volumes of the main goods, coal and metallurgy products produced in the DPR and LPR. Today, up to a third of coal is finding its buyer abroad. Approximately the same amount (from the production volume a year ago) manages to sell semi-finished steel products. Relations are gradually being established, the schemes are running around, and therefore there is confidence that already in 2018, the enterprises of the republics will largely overcome the crisis phenomena caused by the blockade of their territory from Kiev.

At the same time, the regime, wherever it can, calls on its European “partners” to stop this “smuggling”, but does not find in this understanding. Apparently, they forgot the works of the classics of socialism. Not a single capitalist will resist super-profit, and enterprises of the republics that are not taxed by many taxes and fees will provide them with just such profit. 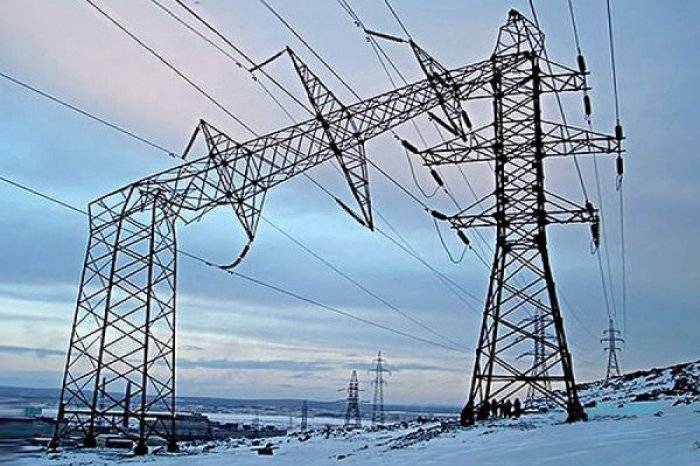 The second most important front of psychological pressure on the population and the leadership of the republics was Kiev’s attempts to create conditions under which the social infrastructure of the region would collapse.

Again, everything is written off from the Crimean tracing paper: water, electricity, gas. 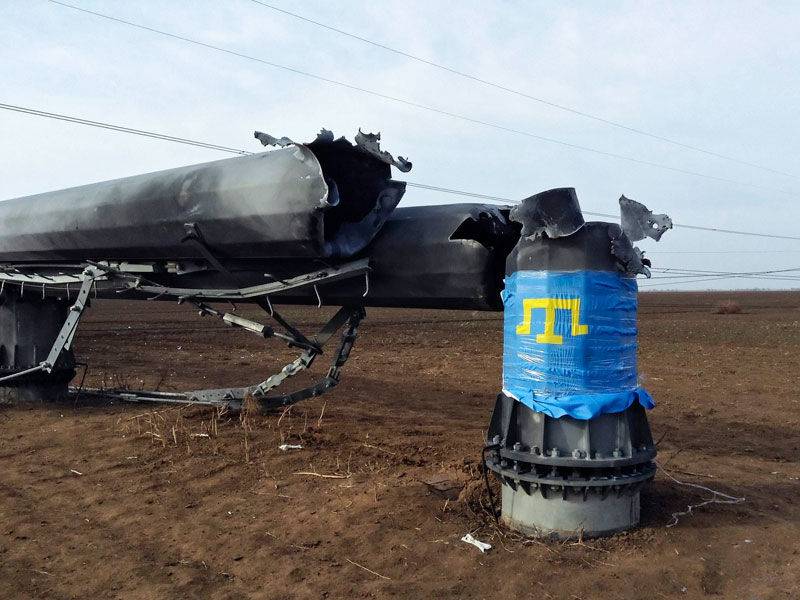 It so happened that the front line in the Donbass froze not where someone planned, and not where it was “convenient” for public utilities. As a result, the settlements near the contact line became a kind of hostage of the goodwill of the opposite side.

We all remember the epic well with the division of the electrical facilities of the two parts of Donbass. The Kiev regime has invested large sums in these projects, and, as soon as such an opportunity appeared, it disconnected parts of the republics not controlled by them from the power supply. It was the same with gas. And if for most of the 2015, in 2016 and 2017. there were no large clashes at the front, then the “engineering units” in the adjacent territories worked quite actively.

It would seem that the Donetsk filtering station, located between Avdeevka and Yasinovataya and located in the so-called gray neutral zone, should not have been subjected to shelling. But in practice, everything turned out exactly the opposite. It is the filtering station that is repeatedly subjected to shelling, and time after time, the residents of Donetsk and the surrounding settlements experience water shortages. 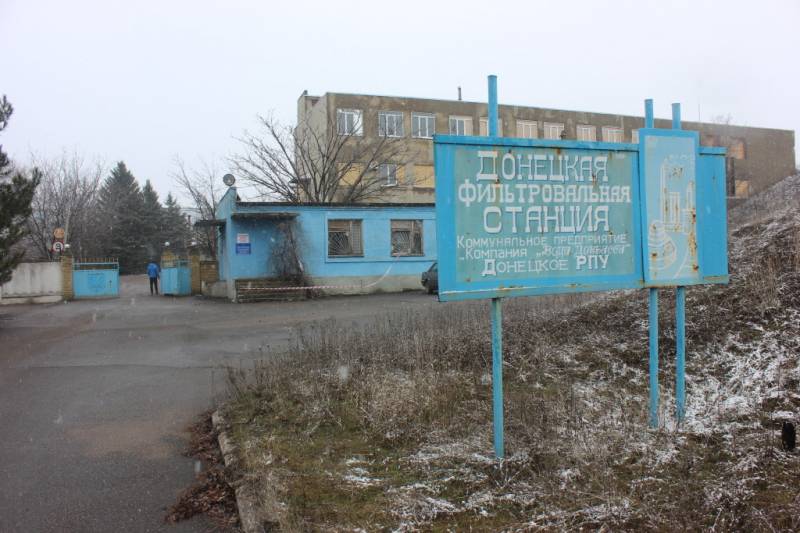 Why is it Donetsk itself (as claimed in Kiev), I do not understand. But I understand the logic of Kiev agitprop. The regime needs to be done so that the residents of Donbass suffer, it is necessary to create an unbearable situation for them, so that the people of Ukraine, whom the current regime could not ensure a tolerable existence against the background of Donbassians, understand that they have something to lose, and dare not shake the “democratic” power injured.

Yes, Kiev is interested in the problems of Donbass not only, or rather, not so much from the point of view of the return of territories, but from the point of view of creating a visual aid for Ukrainians. Residents of the part of Ukraine under their control must see that everything in Donbas is very bad, much worse than their own. They should maintain confidence in the population of Ukraine that it was the residents of the DPR and LPR who made the wrong choice, and not those who rode on the Maidan.

Today, it makes no sense to tell the Ukrainians that everything is bad in Russia. Almost no one believes in this anymore, especially since it looks frankly stupid against the background of a sharp increase in the flow of Ukrainian workers here. Well, do not go to work in a poor country. 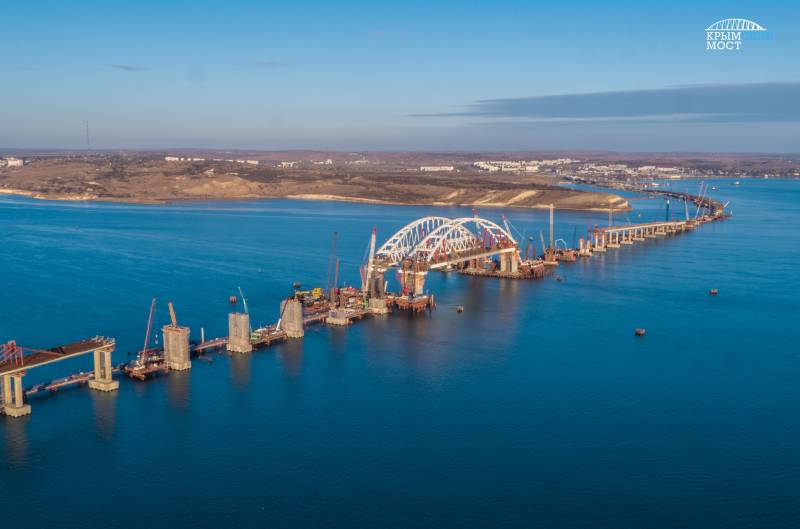 Also, Kiev almost came to terms with the fact that Ukrainians could not be fooled with the real state of affairs in the Crimea. The bridge, despite dozens of apocalyptic forecasts, does not collapse, the population does not suffer from water shortages and has almost ceased to notice the energy blockade from Kiev. On the contrary, gradually the inhabitants of the region become accustomed to life in a new country, and its level is constantly increasing.

That is why today Kiev agitprop is gradually phasing out its activities in the Russian and Crimean directions and concentrates on the last, as it seems to him, winning part, Donetsk. And in order for this propaganda to be as effective as possible, these artificial and even inhuman living conditions are created for the inhabitants of the unconquered republics.

Here it is, a hybrid war, in one single example. Terrible, vile and in something, at first glance, strange. But only up to that moment, until we understand its real goals.