Details of the US revenge plan in Syria for 2018 year. The role of the IG pseudocot for the new trump card of Washington 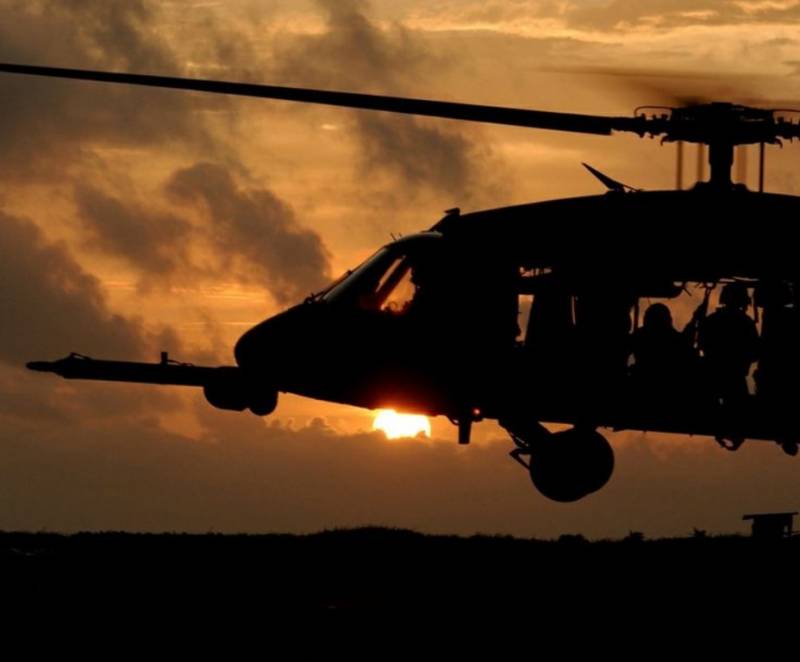 All those who closely monitored the most difficult moments of the offensive operations of the Syrian Arab Army units in the southern operational direction from Deir ez-Zor and Meyadin towards Abu Kemal (along the west coast of the Euphrates), where the assault "backbone" of the brigade genan Hassan Suchel is almost at every step I came across new powerful defensive lines of the IG (forbidden in the Russian Federation) at the river bed, they remember very well the speed and ease with which the Kurdish formations of the “Syrian Democratic Forces” (SDF) carried out almost nienosny 50-kilometer long desert march on the southern IT in 15 km from the east coast of the Euphrates. In just a couple of days, the YPG / YPJ detachments overcame the desert stretch from Kahara and Tanaka to Abu-Najrah and Sabhat Mallah (on the Syrian-Iraqi border). The fact that this action became possible only due to the presence of communication channels between the SDF / Washington command and the IG top is not known by hearsay. But why did the Kurds not take control of the 40-kilometer tactical cauldron located at the bed of the Euphrates (from Al-Bakhrakh to Baguz), in fact placing it at the disposal of the pseudo-caliphate?

Firstly, this area controlled by ISIS today plays the role of a kind of transit point (the so-called “tactical pocket”), which is intended for the arrival and concentration of disparate IG groups scattered throughout the territory with a total area of ​​more than 7000 square. km on the west coast of the Euphrates. These territories include the 145-kilometer desert boiler stretching from Sushne to the central part of the province of Deir-ez-Zor, as well as the 40-kilometer boiler “S-Salinyh - Abu-Kemal” adjacent to the “pocket” “Al Bahrah - Baguz. This transshipment point, as well as another mini-cauldron in Mazars Binta area, is protected by the forces of the western coalition like the apple of its eye. We witnessed this by the example of the incident with the unprofessional and deliberately aggressive actions of the pilot of the American unobtrusive X-Numx generation F-5A Raptor fighter, performing dangerous and provocative maneuvers (using elements of wing mechanization: ailerons, flaperons and deflected toes) next to ours Su-22 attack aircraft, accompanied by a humanitarian convoy headed for Meyadin and inflicted a pinpoint attack on the IG fortified area near El-Kuria.

Despite the fact that the Su-35S multi-role fighter arrived in time for the controversial section of the air theater over the Euphrates, approaching the Raptor from the back hemisphere and pushing the American away from the Rooks, the official position regarding the incident, voiced by Pentagon Chief Representative Eric Pakhon, was not ceases to cause bewilderment and mass of questions. Since when was the aerospace section above the eastern coast of the Euphrates (controlled by SDF) included in the US airspace and what could have happened after a possible launch of one of the Rooks AIM-9X or AIM-120C-7? Indeed, in fact, Pakhon tried to confront us with the fact that the Pentagon is considering the possibility of destroying our aviation.

One thing is clear: after meeting with Su-35С in the “dog dump”, the whole to one of the front Asian airbases “Raptor” would hardly have returned. The situation is extremely explosive, but also very revealing. It has become even more clear that Washington has absolutely no plans to withdraw from Syrian Kurdistan, and moreover does not intend to stop broad-spectrum military-technical support for the “Syrian Democratic Forces”; It also demonstrates the fact that the US Air Force covers not only Kurdish troops, but ISIS formations located near the bed of the Euphrates. And this automatically indicates that the remaining Igilov insurgents are urgently needed by the Kurds and Americans for the next phase of confrontation in the Syrian theater of operations.

They will be used as the main assault "cannon fodder" against the Syrian Arab Army in the next year and a half. And this, in turn, indicates two more facts:

- neither the Americans nor the Kurds are absolutely not going to "settle" in the boiler between the CAA and the Turkish Armed Forces without access to the Mediterranean coast;
- There can be no question of the entry of Kurdish YPG / YPG troops into the Syrian government forces; As a result, the statement of the Co-Chairman of the Council of Syrian Democratic Forces Riyad Darar to the Rudau TV channel that “reaching a political settlement in the republic will contribute to the unification of the CAA and the SDF” can only be considered as an attempt to weaken the vigilance of Moscow and Damascus against the background of training militants for the so-called “New Syrian Army” (NSA), which will be trained in the coming months under the guidance of instructors from the USMC and MTR.

In addition to the presence of tactical “pseudo-boilers-pockets” near the Euphrates, to form a new, many thousand pro-American militarized detachment, there is also a huge formation of ISIL, located along the Syrian-Iraqi border in eastern Syria. The length of this zone (from Sabhat Mallaha to Khatunyakh) is 175 km, the maximum width is of the order of 54 km. Theoretically, this territory should be a regular boiler, gradually being stripped of the pseudochaliphate by the fighters of the Syrian Democratic Forces and the OVVS of the coalition. In fact, we have a place with an ISIL enclave perfectly protected by coalition forces, located deep in the rear of the territory controlled by the Kurds. According to estimates, there may be more than 10 of thousands of militants who work together with the Americans and the SDF, because there is absolutely no confirmed information about the activity of the SDF or ISIL firing positions in the area. But as you know, in still waters run deep.

Thus, in accordance with the data of the famous Syrian journalist Riyadh Farid Hijab, most of the IG formations arriving in Raqqa from cleaned boilers in the Euphrates channel are redirected to Haseke governorate in groups of several hundred people, and the drivers hired by these convoys have an impressive salary (about XNXXX . dollars). Therefore, such groups also come from the above 1-kilometer "sleeping" boiler on the Syrian-Iraqi border. The path from this pseudocot to the provincial capital, Al-Hasek, is 175 times shorter than from Raqqah, and therefore journalists and outside observers are hardly covered. However, confirmation of this information has already appeared on December 4 thanks to the vigilance of refugees in the province, who were able to transfer to the Russian Reconciliation Center of the warring parties in Syria data on the arrival of 16 militants from different Islamist groups, half of which are Igilovtsi. This province has the largest preparatory infrastructure in the SAR, developed by the US defense department.

To be more objective, we can state that the so-called “New Syrian Army”, which consists of many thousands of motley conglomerates of paid militants from “Dzhebhat an-Nusra”, IS, SSA and other terrorist and / or moderate groups, can be established rather quickly. Considering the efforts made by the Pentagon (including training militants, supplying weapons and building information and tactical bases for managing new anti-Assad wolf packs), we can already see the result by the middle of 2018.

Ctrl Enter
Noticed oshЫbku Highlight text and press. Ctrl + Enter
We are
"Euphrates fist" CAA under the threat of "Meyadinsky boiler." Important facts are not in favor of reducing the Armed Forces in Syria“Reserve trump card” of the USA against Moscow and Damascus enters the “Great Game”
17 comments
Information
Dear reader, to leave comments on the publication, you must to register.