December 17 2017
78
Supporters of ex-Georgian President Mikhail Saakashvili tried to seize the building of the October Palace in the center of Kiev, reports RIA News. 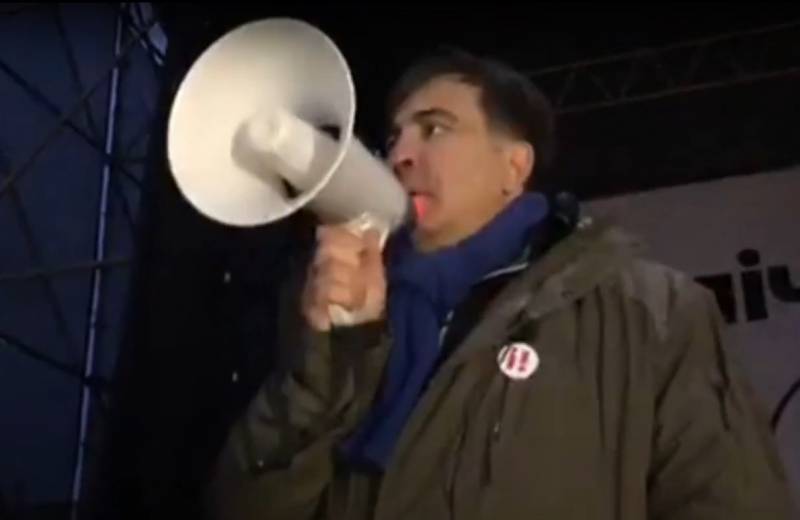 After participating in the March for Impeachment and the rally, Saakashvili said that in the October Palace on the street. Institutskaya will be equipped with a "coordination headquarters" and led his supporters to the building. 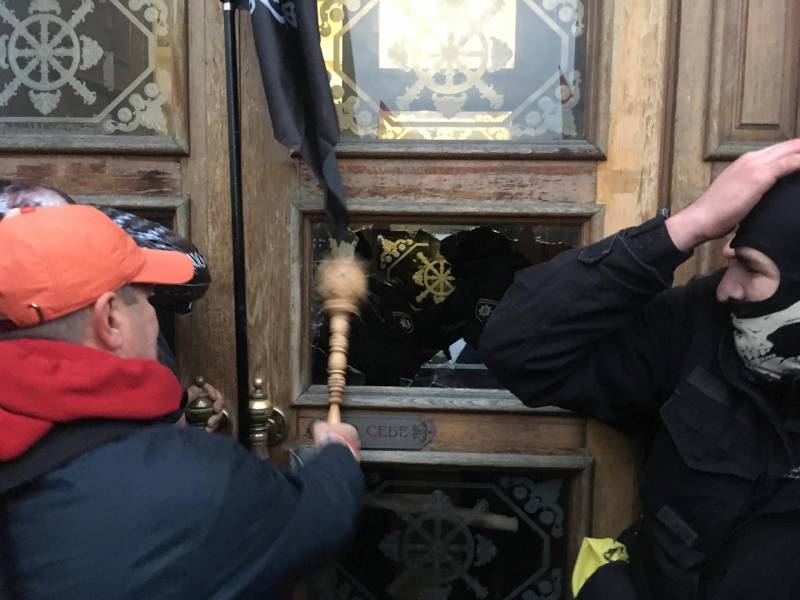 “The activists broke down the front door and, overcoming the resistance of the National Guard, which barricaded themselves inside, entered the building. Law enforcement officers used powder fire extinguishers against activists. The protesters brought several national guardsmen white with powder from the palace, ”the agency reports from the scene. 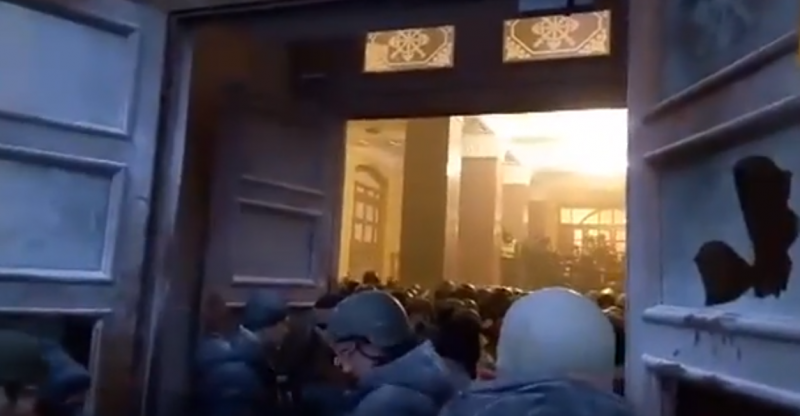 Several demonstrators also suffered from the powder. Doctors have them help.

Rada’s deputy Anton Gerashchenko wrote on his Facebook page that at the time of the assault on the October Palace there was a New Year matinee, which was attended by hundreds of children.

Soon after the assault, activists began to leave the building at the call of Saakashvili to return to Independence Square.

Later, the politician said he did not call to take the October Palace by storm and accused law enforcement officers of provocation.

Meanwhile, according to the adviser to the head of the Ministry of Internal Affairs, Zoryan Shkiryak, more than 30 of the National Guard were injured during the assault.

Now we are talking about dozens of affected law enforcement officers. According to the latest information, more 30, but I think this number can grow, and we will make it public after specification,
Shiryak said on the 112 Ukraine channel

Ctrl Enter
Noticed a mistake Highlight text and press. Ctrl + Enter
We are
Reports from the militia of New Russia for 27-28 September 2014 of the yearCaucasus Emirate stretches tentacles across Russia
78 comments
Information
Dear reader, to leave comments on the publication, you must to register.