In the DNI told, when the Russian military leave the Donbass

December 17 2017
57
Representatives of the Russian Defense Ministry at the joint center for monitoring and coordinating the cease-fire regime (STSKK) will leave the Donbass in the coming week, reports RIA News message of the representative of the operational command of the DPR, Eduard Basurin. 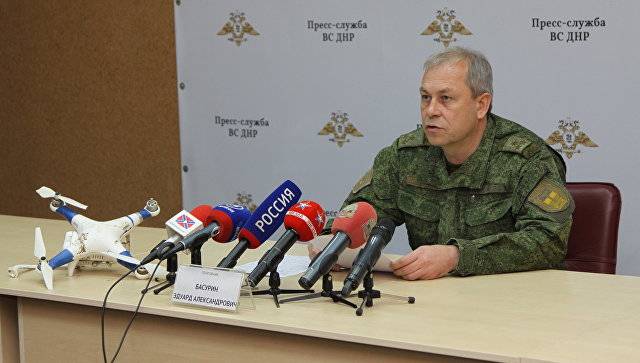 Representatives of the Donetsk Republic, he said, will continue to work in the JCCC.

The report of the OSCE monitoring mission in Ukraine from December 14 stated that a representative of the Ukrainian army in the JCC in the government-controlled city of Soledar, gave the mission a letter from the Russian Defense Ministry informing them that the Russian officers from the JCC will soon be recalled.

At the same time, the agency notes that it does not yet have comments from representatives of the Russian military department.

Earlier, the Russian Defense Ministry stated that the Ukrainian authorities created “openly discriminatory” working conditions for the Russian participants of the Donbass conflict resolution working group: field visits to monitor the situation are most difficult, participation in the contact group events is blocked and even go out into the street is only allowed under guard. "