Kiev security forces are shelling the village near Gorlovka

December 17 2017
24
Ukrainian military with 8 in the morning are shelling the village near Gorlovka, received four houses and a kindergarten building, reports RIA News message of the representative of the operational command of the Donetsk Republic. 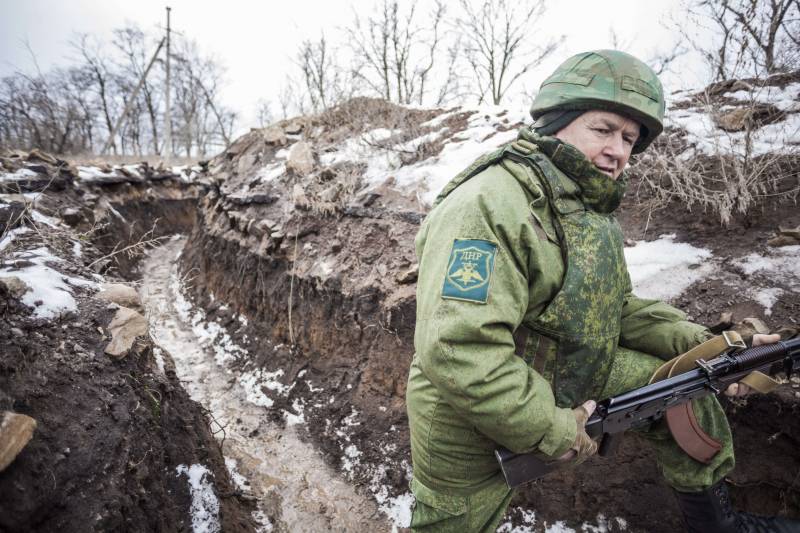 According to him, "purposeful shelling of the residential sector of the Golmovsky settlement of forbidden weapons is conducted from 8 in the morning."

The enemy is firing from 120-millimeter mortars, including from the occupied Gladosovo and Metalist (Travnevoe). At the moment, already applied 20 min
A spokesman for the command said, stating that 4’s houses and the Birch kindergarten were damaged during the shelling.

In total, over the past day, the Ukrainian security forces fired almost 200 mines and shells across the DPR territory.

In total, the APU 30 once violated the cease-fire. 18 populated areas were shelled.

Ctrl Enter
Noticed oshЫbku Highlight text and press. Ctrl + Enter
We are
The weekly summary of 2-8 December about the military and social situation in the DNR and the LC from the military men "Mag"Weekly summary of November 25 - December December 1 on the military and social situation in the DPR and LPR from the Mage military officer
Military Reviewin Yandex News
Military Reviewin Google News
24 comments
Information
Dear reader, to leave comments on the publication, you must to register.