In Germany, proposed to establish the post of Commissioner for anti-Semitism

December 17 2017
96
The Minister of Internal Affairs of Germany, Thomas de Mezieres, made a proposal to establish in the country the post of ombudsman for anti-Semitism TASS. 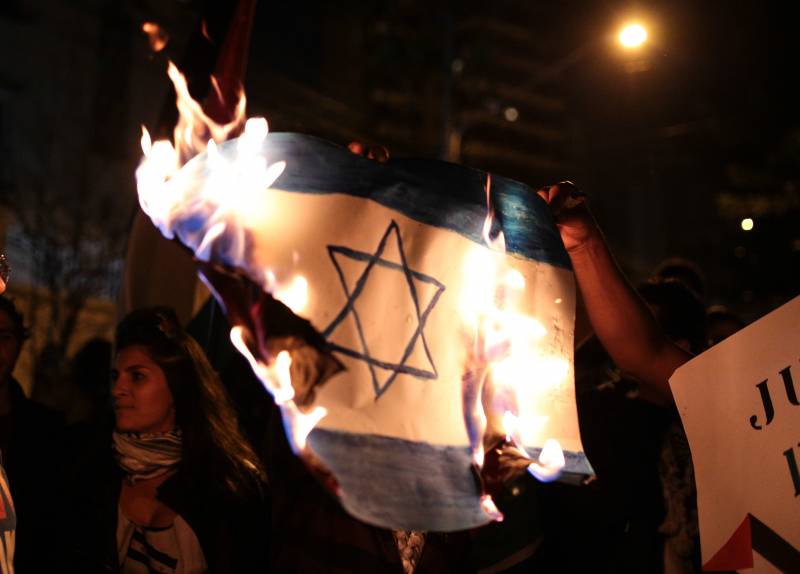 Earlier, the minister condemned the burning of Israeli flags at demonstrations in Berlin against the US decision to recognize Jerusalem as the capital of the Jewish state.

I consider it right to introduce the post of ombudsman for anti-Semitism, and not only because of the recent events (...)
said de Maiziere in an interview with the newspaper Bild am Sonntag.

We can not tolerate when the flags of countries are burned in public. This is a symbolic denial of the existence of a state,
added on.

The publication reminds that 8 December in the center of Berlin at the Brandenburg Gate gathered about 1,2 thousand people and burned at least two Israeli flags, protesting against the US decision to recognize Jerusalem as the capital of Israel. Two days later, about 2.5 thousand marched from the metropolitan area Neukölln to Kreuzberg. An Israeli flag was also burned during the rally.

US President Donald Trump 6 said in December that it was time to recognize Jerusalem as the capital of Israel, and ordered the US embassy to be moved there. This decision caused riots and protests in many countries.