Damascus sets new goals, or how many militants in Syria live left?

December 18 2017
12
The defeat of the ISIL group (the organization is banned in Russia) in the Syrian Arab Republic (SAR) marked the beginning of a new stage in the fight against terrorism. According to the Syrian authorities, the next “big task” for the state is the destruction of the illegal armed group “Dzhebhat al-Nusra”, which is already beginning to be successfully solved by government forces.


Recall that the southwestern part of Syria, primarily Western and Eastern Guta, as well as the region of Idlib province, including the northeastern part of Hama and the south of Aleppo, are the two main areas where Al Qaeda militant groups continue to be. The current development of the conflict demonstrates that government forces, without delaying the resolution of the urgent question, are attacking the positions of terrorists in both regions at once, and for a short period of active hostilities they can already speak about achieving certain successes.

Province of Damascus
On the eve of the SAR army, with the support of the Syrian National Defense Forces, it was possible to clear the heights of al-Ahmar, al-Maktuul and Hazan north of the city of Beit Jinn in the province of Damascus. It is reported that the militants-controlled area of ​​the Golan Heights was completely isolated from the reconciliation zone, and now government forces are conducting a sweep of the blocked area. 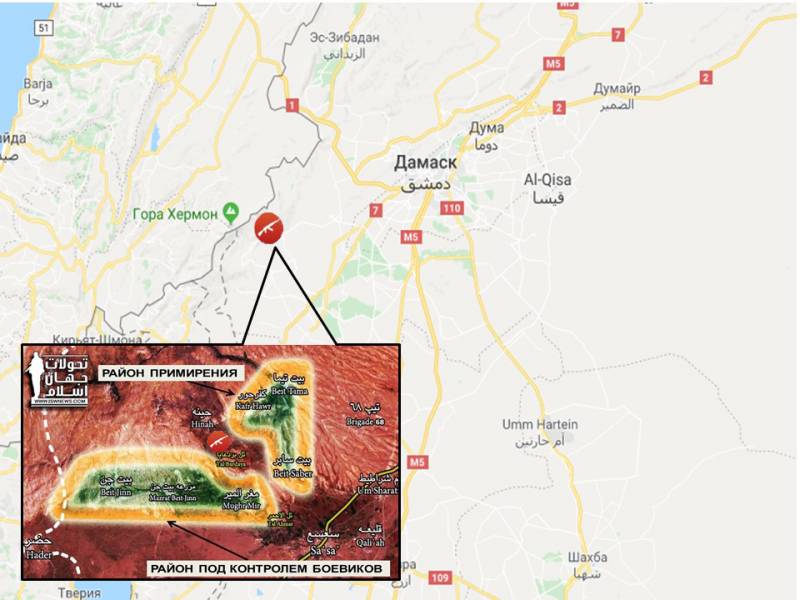 It should be noted that the moment for the start of the liberation of settlements on the Syrian-Israeli border was chosen extremely well, given that Tel Aviv - the main pillar of the radicals in southwestern Syria - is now solving other problems. As it is known, the statement of the American President Donald Trump about recognition of Jerusalem as the capital of Israel led to the resumption of hostilities between the Jewish state and Palestine, as a result, support for illegal armed formations in the Golan Heights area and attacks on ATS army objects became second to the Israeli plan.

In addition, dissatisfaction with militants from the local population contributes to the successful promotion of government forces.

A resident of Lattakia Beykhas, whose brother continues to remain in the Western Guta occupied by militants, said the following: “In a telephone conversation, my brother Basim repeatedly said that terrorists are forcing residents to look at the execution of soldiers of the government army. Anyone who does not want to participate in this is subjected to cruel punishment. ”

Idlib Province
The main stronghold of “Dzhebhat an-Nusra” continues to be the province of Idlib, where about ten thousand “Dzhebhat an-Nusra” radicals are concentrated. However, the combat capability of the al-Qaida cell that controls the north-western part of Syria is far from the best times for radicals. Sources have reported an extremely depressed state of terrorists, caused by heavy losses and late payment of funds.

It is noteworthy that the problems of the militants are created not only by government forces, but also by those who survived in the north-east of the province of Hama.

Also after stripping the Western Euphrates, the Syrian aviation and artillery conduct regular “processing” of militant congestion sites in the Idlib zone. 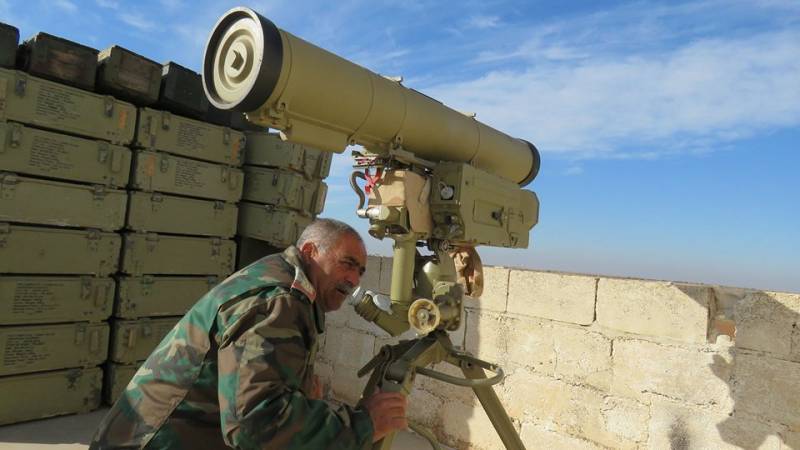 Such tactics show that now the efforts of the Syrian Arab army are focused not so much on the offensive as on weakening the enemy and causing maximum damage to his military targets.

Be that as it may, given the size of the territory controlled by the radicals and the number of people living on it, it would hardly be appropriate to say that the task of routing Dzhebhat an-Nusra will be completed as soon as possible. However, the battle-hardened warriors of the Syrian Arab army have repeatedly argued that for them nothing is impossible. Victory Day over terrorism in the Syrian Arab Republic is much closer than it seems ...

Ctrl Enter
Noticed oshЫbku Highlight text and press. Ctrl + Enter
We are
Military reform as an integral part of the security concept of the Russian Federation: Systematic dynamic assessmentInterview by President Bashar Al-Assad to the Sunday Times
Military Reviewin Yandex News
Military Reviewin Google News
12 comments
Information
Dear reader, to leave comments on the publication, you must to register.