Kiev called the conditions for negotiations on peacekeepers in the Donbass

December 16 2017
110
Kiev will not discuss the topic of international peacekeepers with the authorities of the self-proclaimed DNR and LC and will not make any compromises. About this on the TV channel "Direct", said Foreign Minister Pavel Klimkin. 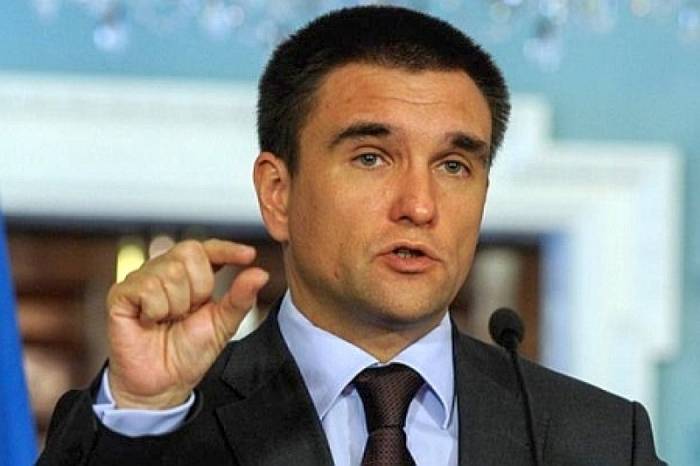 There are compromises both in politics and in diplomacy, but not so fundamental, which influence the mission’s mandate and the future of Donbass. The very idea that someone will talk to those whom Russia put to power in 2014 in the Donbas by fake elections is schizophrenic. There is no one there with whom you can talk
- he said.

According to him, the Ukrainian authorities will not take any steps that may later be interpreted as an internal conflict in the Donbas. Klimkin said that he will meet with the UN Secretary General, where he will discuss peacekeepers.

December 14 at a press conference, Russian President Vladimir Putin said that Kiev should discuss the issue of introducing international peacekeepers with the DPR and LPR.

Recall, the Russian Federation in September submitted to the UN Security Council a resolution on the deployment of international peacekeepers in the Donbass "

Ctrl Enter
Noticed oshЫbku Highlight text and press. Ctrl + Enter
We are
Reports from the militia of New Russia for 27-28 September 2014 of the year
110 comments
Information
Dear reader, to leave comments on the publication, you must to register.