December 16 2017
95
Online voting on the choice of names for the bridge across the Kerch Strait is nearing completion, according to organizers.


Voting on the site Nazimost.rf It has been a whole month since November 16. 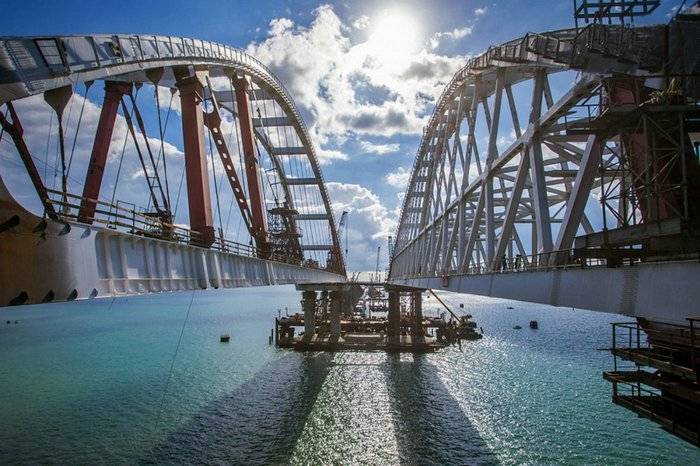 Saturday, December 16 - the last day when you can influence the results. At 12 hours of the night, the voting will be closed, and the organizers will start summing up
- leads RIA News message of the Crimean Bridge information center.

Users are offered a choice of five names: the Crimean Bridge, Kerch, Tuzla, Friendship Bridge or Reunification Bridge. Those who are not satisfied with the names, can offer their own version.

The 19 bridge with kilometers of kilometers will connect the Kuban and the Crimea and become the longest in Russia. Automobile traffic is scheduled to launch in December 2018.

Ctrl Enter
Noticed oshЫbku Highlight text and press. Ctrl + Enter
We are
Report on the results of the survey-2013 "Evaluation of state political figures"
Military Reviewin Yandex News
Military Reviewin Google News
95 comments
Information
Dear reader, to leave comments on the publication, you must to register.