Weekend reading. Why did the main culprit of the genocide in Nanking avoid the tribunal?

December 16 2017
20
These days, mankind remembers the events 80-year-old in the Chinese city of Nanjing. These events in historiography are called the Nanking Massacre, becoming one of the bloodiest dramas of modern civilization - until the beginning of World War II.


The Nanjing Massacre is a six-week, if it is possible in this case to apply such a term, the operation of the imperial army of Japan in the war against China (war years: 1937-1945).

The Japanese captured Nanjing 13 on December 1937 of the year, after which the real genocide of the local population began. In about a month and a half, at least 160 thousands of residents of the city, most of whom were civilians, were killed by Japanese soldiers in Nanjing. This is Western statistics. In Chinese historiography, it is said that the number of Chinese citizens who were killed and tortured to death in Nanking was over 300 thousand. Historians could not obtain accurate data on those events, for the reason that in 1945, the Japanese destroyed most of the documents testifying to the genocide.

The International Military Tribunal for the Far East, which operated in 1946-1948, presented data on 200 thousands of Chinese who died in Nanking. This figure today is considered official. 200 thousands of victims of Japanese aggression in 6 weeks!

In modern Japan, it has become customary to deny the fact that war crimes were committed in Nanjing. Representatives of political elites and the public declare that "cruelty was manifested exclusively in relation to the enemy - the Chinese servicemen." At the same time, in the memoirs of the Japanese servicemen themselves, who were in 1937 in Nanking, there is considerable evidence that the troops, on the orders of the command and "on personal initiative," committed the most atrocities against the civilian population of the occupied Chinese city.

The Tokyo process, which began by the decision of 11 countries of the world (USSR, USA, China, Great Britain, Australia, Canada, France, New Zealand, India, the Netherlands and the Philippines), identified 29 accused of Nanking massacre. Among the most senior are the Prime Minister of Japan (1937-1939) Fumimaro Konoe, the Foreign Minister of Japan Yosuke Matsuoka and the Admiral of Japan fleet Osami Nagano.

Of the 29, only seven were sentenced to death (by hanging), the aforementioned ex-premier Konoe, drank the poison, without waiting for the tribunal's sentence. And in relation to 15, life imprisonment was chosen, but in the end, most of them were pardoned and released on 7 years. Other persons involved in the process received different terms and as a result were also granted mercy.

Moreover, after being released from prison, some convicted of crimes in Nanking were again among prominent Japanese politicians. So, Mamoru Shigemitsu (the then ambassador to the USSR) became the head of the Foreign Ministry of Japan and its first permanent representative to the UN. Honori Kai became Minister of Justice.

Prince Yasuhiko, who issued the order to murder all the captured Chinese in Nanking in 1937, was avoided, receiving immunity as a representative of the imperial family. 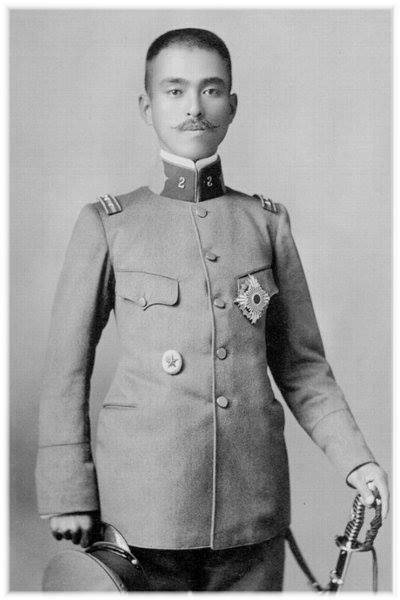 The prince (General) Yasuhiko was not in the dock of the Tokyo Trial, since he was granted immunity by the USA and personally by General Douglas MacArthur. In 1951, the man, who is called the main culprit of the Nanking Massacre, accepted the Catholic faith and, as his official biography says, finally retired. The prince-war criminal, who escaped punishment, lived to 93 years in prosperity and well-being. Historians tend to believe that the Japanese imperial family received "immunity" from the Americans not at all on a grant basis. It is believed that the state of the American generals after the "deal" 1945 of the year with the imperial family of the Land of the Rising Sun has increased significantly.