December 16 2017
35
Law enforcement agencies in Kabardino-Balkaria report interim results of a special operation in the region. On the eve of the country was introduced counterterrorist operation. The security forces tried to stop the car, which caused suspicion. The persons in the vehicles opened fire on the security forces. One of the criminals threw a grenade.


Two law enforcement officers as a result of the attack were injured (contusion). In response, security officers liquidated one of the militants. The second managed to leave. According to some reports, he is easily injured.

Events unfolded in the Urban district of Kabardino-Balkaria. 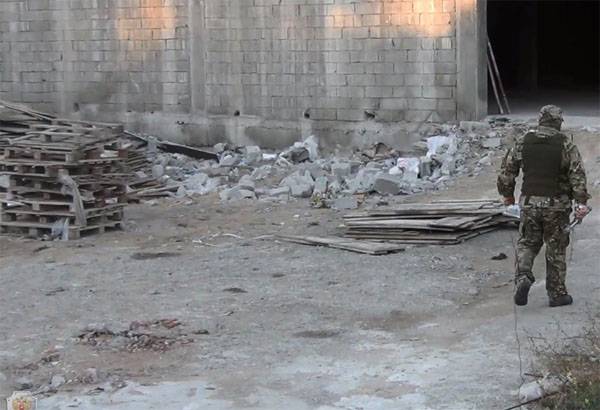 Local media reported that Urusov was involved in a series of crimes in the territory of the republic, carried out contacts with representatives of terrorist cells outside of Kabardino-Balkaria.

On the territory of the CBD operates the plan "Interception". Judging by the lack of official data at this moment, the second militant has not been able to detain yet.

Around 9: 45 (MSK) it was reported that the WHO mode in the CBD has been canceled.

Ctrl Enter
Noticed oshЫbku Highlight text and press. Ctrl + Enter
We are
Results of anti-terrorist work on Dagestan in April 2014Militants killed along with the leader
Military Reviewin Yandex News
Military Reviewin Google News
35 comments
Information
Dear reader, to leave comments on the publication, you must to register.