Pitfalls of a new generation 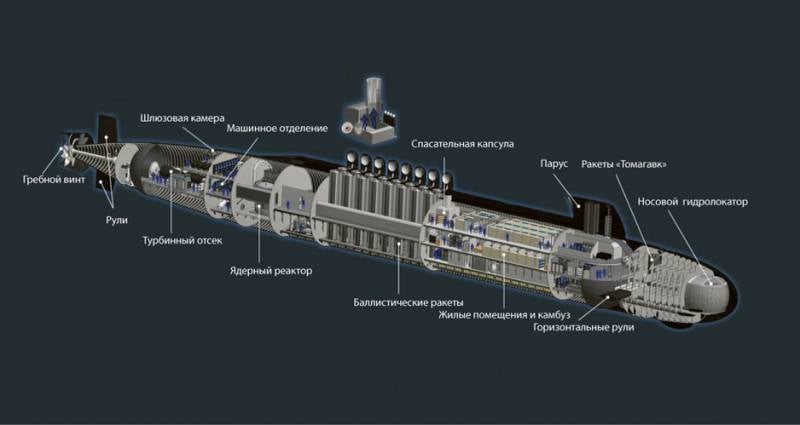 According to the plans of the US Navy for the 2018 fiscal year, it is planned to purchase nine new warships. These include the nuclear aircraft carrier Gerald Ford (CVN-78), two Virginia PLANTS, two destroyers of URO-type DDG-51, two coastal combat ships, the TAO-205 tanker and a life-saver tug.

In December 2016, the Navy announced that they were planning to increase the number of combat and auxiliary ships to 355 units, maintaining their operation at the required level. In March, 2015-th them in accordance with the assessment of the structure of this type of armed forces FSA (Force Structure Assessment) was 308.

In recent years, the naval composition of the US Navy has usually counted 270 – 290 names. Its increase to 355 roughly corresponds to the number announced during the election campaign of Donald Trump - 350 units. The adjustment to the five ships, as emphasized by American military analysts, was made in accordance with the national military strategy.

If we compare the current plans of the US Navy with their requests in 2015, an increase of 47 units corresponds to a 15 percent increase. According to the calculations of the US Congressional Research Service, to have the desired 30 by the end of the 2017-year period (2046–355 fiscal year), the fleet An additional 57 to 67 ships will be required (if the service lives of those already in combat will not be extended beyond the planned ones). And according to estimates of the budget bureau of the US Congress - even 73–77.

Discussing long-term plans and punching their decision from the legislators, the US Navy command plans to purchase the newest head nuclear Columbia SSBN-826 ballistic missile (SSBN) SSBN-2021 in the 12 fiscal year. The creation of new-generation nuclear submarines was previously called the Ohio submarine-based submarine replacement program (Ohio replacement program - ORP or SSBN (X)), which included the design and construction of 14 new-class boats instead of the Ohio XNUMX currently in service with the American fleet. US naval forces consider the creation of the Columbia SSBN as the highest priority program in its department.

As stated in the report of the Congressional Research Service, the Navy requested 2018 million dollars for the 842,9 fiscal year to fund advance procurement and 1,041 billion for research and development (R & D) for this program. In January, 2017-th cost of buying a head boat of the type "Columbia" was determined in 8,2 billion dollars (in prices at that time) without taking into account several billions for the design and documentation for the entire series. The average price of each ship from 2 to 12, which was in the preliminary calculations, is 6,5 billion (in 2017 prices of the year).

Last March, the report of the Main Control and Financial Department of the US Congress presented an assessment of the priority purchases of the Pentagon. The total cost of the Columbia program reached approximately 100,2 billion dollars in 2017 prices of the year, including about 12,6 billion for research and development and about 87,4 billion for construction. In connection with this, analysts doubt the ability of the Navy to finance the purchase of other types of ships at the required pace, which can significantly affect the implementation of the president’s electoral promises. Congress must consider the issues raised by the implementation of the Columbia program in the 2018 fiscal year, and make decisions either on approval of the budget submitted by the naval forces, or on its reduction or change. Moreover, legislators are expected to discuss not only the cost, but also the production schedule and technical risks. The main thing will be the potential impact on the financing of other US Navy shipbuilding programs.

The US Navy cannot afford to build a new generation of SSBNs to replace Ohio-type boats with budget funds without major cuts to other programs, and therefore continues to search for additional sources. Experts emphasize that the lack of guaranteed full funding continues to threaten both Columbia and the entire naval shipbuilding plan in the United States.

Since 21 in September, General Dynamics Electric Boat Corporation (GDEB) was awarded a $ 5 billion contract for the development of the new SSBN, the US Navy plans to purchase the main boat and start its construction in the 2021 fiscal year. The deal with General Dynamics covers the whole complex of design, including components and technologies, plus the creation of a prototype. At present, the program is at the stage of engineering works and pre-production.

Although the Navy and cover the initial development costs at this stage, this kind of armed forces are counting on a separate line of federal funding for basic expenses when it begins to build submarines, as was done in past years for some strategic programs. US lawmakers discussed the issue, but could not ensure the allocation of funds substantial content. And given the economic climate in Washington, the command of the Navy is growing concern that the fleet will have to pay most of the costs from its own funds. If so, military shipbuilding programs may fall under reduction or even be canceled. Navy officials made it clear that they would have no choice.

Nation will pay for everything

If the Navy had to pay even half of the required separate funding for the Columbia SSBN program, which it needs, as reported to Congress, the naval forces would have to exclude other ships from the 30-year plan, including four platoons of the type "Virginia", four destroyers and eight more combat units. “This is a bill that the nation must pay for,” said Admiral John Richardson, commander of naval operations. “We’re just the first of three types of US forces to do this.”

Speaking to investment analysts, Michael Petters, general manager of Huntington Ingalls Industries - HII, one of the two largest shipbuilding corporations in the United States (Huntington Ingalls Industries - HII), said that it was necessary to determine how a Colombia SSBN program would be funded critically important industry priorities. Newport News Shipbuildings (Va.), Part of HII, will be one of two shipyards developing and building Columbia SSBNs. According to Petters, the funds allocated to ships for the US Navy have remained at the same level in recent years; therefore, this type of sun is struggling with sequestration and the effects of the Budget Control Act. HII and other shipbuilders hoped that more money would be allocated to the fleet promised by Trump. One of the programs indicated by Petters in the risk group is the amphibious transport dock of the next generation LX (R), created on the basis of the UDC LPD 17 project.

As Admiral Richardson noted, the Navy is trying to avoid a situation where the fleet and the nation are forced to choose between the Columbia SSBN and the Virginia SSB: “We do not want to trade a blow for deterrence. We want to build all the boats of these types, this is our plan. One of our advantages, where we have superiority, is scuba, and we want to keep it. ” At "Columbia" and "Virginia", stressed the former submariner Richardson, completely different tasks.

For the "Columbia" creates a new motor. “There is, however,” Richardson admitted, “very few technologies that are new.” This should lead to the minimization of surprises, increasing costs and creating problems with supervisory authorities and US lawmakers, the admiral believes.

Indeed, the US Navy has already taken steps to reduce the costs of the Columbia SSBN. Together with the UK, which replaces its Avangard with Dreadnought type submarines, the United States is working on a unified CMC missile compartment (Common Missile Compartment). The Navy is also planning to use the design, technology and components of the Virginia Platform for Columbia, which can reduce the cost of the strategic submarine by 17 percent in the respective items of expenditure. At the same time, official representatives of the Navy said: the probability that the Columbia SSBN will go beyond the estimated cost of maintenance, exceeds 50 percent.

Representatives of the Navy note that the age of the existing submarine deterrence rules out any delay in the new-generation SSBN program. The Ohio grouping originally counted 18 units that were purchased by the US Navy in the 1974 – 1991 fiscal years. The ships entered the fleet from 1981 to 1997. They were designed for 30-year operation, but then re-certified for 42 service years.

The first four Ohio boats (SSBN 726-729) in 2002 – 2009 were converted into Tomahawk cargo vehicles, while each of the remaining 14 submarines carried D-24 X-TRUM submarines onboard the 5 SLBM. From 2018 onwards, the four launch shafts in each of the 14 Ohio SSBNs will be decommissioned. This will reduce the SLBM ammunition on each boat to 20 in accordance with the requirements of limiting strategic nuclear weapons.

The first of the Ohio 14 with Tridents will reach the limit of its life cycle in 2027. The remaining 13 boats of this type will be decommissioned about one ship annually, that is, the latter should be written off in 2040.

On the "Columbia" on 16 mines for SLBM, which will reduce the estimated average cost of purchasing new boats.