Arsenal in a foreign land 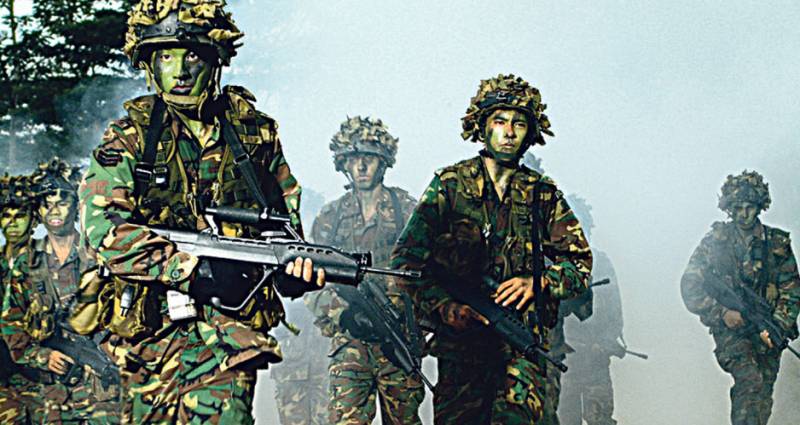 Singapore is a unique island city-state. With its microscopic size and relatively small population, it has a powerful economy and serious armed forces. By militarization in terms of the territory and the number of inhabitants, this country, apparently, surpasses even Israel.

Singapore also has a law on universal conscription, which excludes any delays and alternatives to service and implies annual two-week fees until the age of 40 is reached. In this case, the boy receives the first symbolic agenda for the recruiting station immediately after the birth, along with a birth certificate.

Part of the technique, especially aviationIt simply does not fit in the country and is constantly deployed abroad. The country buys weapons mainly in the USA, Israel and Great Britain, while its own defense industry is developing rapidly. Although 75 percent of the population is ethnic Chinese, Singapore has no military ties with China.

ATGM - 30 newest Israeli "Spikes" and as many old French "Milanov".

The 19 American combat AH-64D Apache and 6 anti-submarine helicopters S-70В, and also up to 48 transport (16 American CH-47 Chinook, French AS332M and AS532UL) are in service. The Apaches and part of the Chinooks are stationed in the USA, the French cars are in Australia. As a training used 5 European helicopters EC120В.

The Changi naval base is constantly used by the US Navy. In addition, the contingents of Great Britain and New Zealand are stationed in the country. At the same time, the Singapore ground forces are located in Thailand and Taiwan.

There is no immediate external threat to the country at the moment, but wars of any scale are possible in the region. In this regard, the meager size of the territory and the deployment of a large part of the Armed Forces outside of Singapore can create problems for the defense.

Ctrl Enter
Noticed oshЫbku Highlight text and press. Ctrl + Enter
We are
The mercenary is not the defender of the fatherlandOnly old men will go into battle
Military Reviewin Yandex News
Military Reviewin Google News
25 comments
Information
Dear reader, to leave comments on the publication, you must to register.