Over two hundred Palestinians wounded in clashes with the Israeli army

December 15 2017
105
Two Palestinians died, 263 injured in clashes with the Israeli army in the Gaza Strip and the West Bank on Friday, reported RIA News Representatives of the Palestinian Ministry of Health and the Red Crescent. 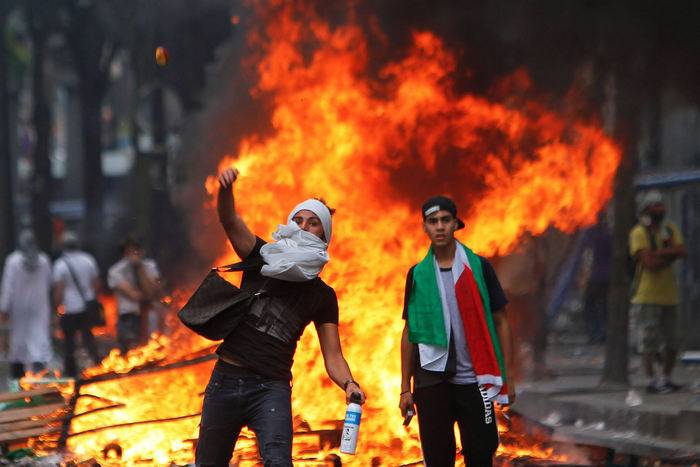 Clashes of protesters with the Israeli security forces have been going on for more than a week with varying degrees of intensity in response to the decision of US President Donald Trump to recognize Jerusalem as the capital of Israel and transfer the embassy there. As of Friday morning, six Palestinians were killed and thousands more injured than 1,9.

According to him, on Friday during clashes in the Gaza Strip, 120 Palestinians suffered, of which 10 were seriously injured.

Ctrl Enter
Noticed oshЫbku Highlight text and press. Ctrl + Enter
We are
How Arabs will punish AmericaTrump "realized the reality" and recognized Jerusalem as the capital of Israel. Trump countered the whole world!
Military Reviewin Yandex News
Military Reviewin Google News
105 comments
Information
Dear reader, to leave comments on the publication, you must to register.