December 15 2017
25
Mooring trials began on the head strategic missile submarine of the modernized 955A project (cipher "Borey-A") "Prince Vladimir". This was reported TASS source in the Russian defense-industrial complex (MIC).

Launched from the boathouse and launched on November 17, Prince Vladimir has recently begun mooring trials. They are to be completed at the beginning of the new year.
- Said the source agency. 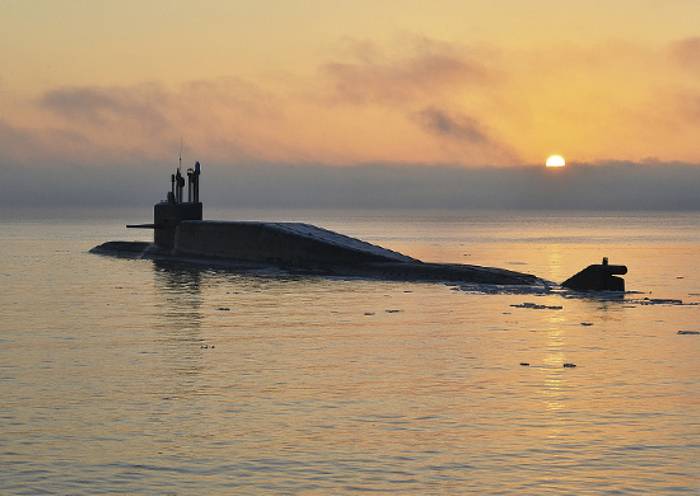 Mooring tests - the stage of acceptance tests carried out in the shipyard water area. The ship is undergoing construction, the main equipment is being checked, including the preliminary tests of the main power plant. After mooring tests "Prince Vladimir" will move in the spring to sea trials in the sea. As the source specified, at the final stage of state tests, which will take place in summer - autumn, the submarine will have to fire at the Kura test site in Kamchatka weapons - rocket "Bulava".

At the ceremony of launching the submarine, the Navy Commander-in-Chief Vladimir Korolev said that the fleet plans to receive Prince Vladimir from shipbuilders in 2018. A source in the defense industry said that "today the deadline for the submarine cruiser the fleet stands at the end of 2018. "

The underwater strategic rocket carrier Prince Vladimir was laid in 2012 year. He became the fourth submarine in a series of eight "Boreev" and the first representative of the improved project "Borey-A". Three submarines of the Borey project have already been transferred to the fleet, Prince Oleg and Generalissimo Suvorov (2014), Emperor Alexander III (2015) and Prince Pozharsky (2016) have been laid and are being built. Each such submarine carries 16 intercontinental ballistic missiles "Bulava". The differences between the 955A submarines and the 955 base project are currently unknown and are subject to various assumptions.

Ctrl Enter
Noticed oshЫbku Highlight text and press. Ctrl + Enter
We are
The nuclear submarine Kazan is withdrawn from the boathouse and launchedNuclear submarine “Prince Vladimir” will be launched before the end of the second quarter of 2017
Military Reviewin Yandex News
Military Reviewin Google News
25 comments
Information
Dear reader, to leave comments on the publication, you must to register.