DNR: OSCE does not record the consequences of shelling by security forces

December 15 2017
26
Two people were killed and seven were injured in the self-proclaimed Donetsk People’s Republic over the past week as a result of shelling by the Ukrainian security forces, Edward Basurin, deputy commander of the operational command of the DPR, told reporters on Friday. 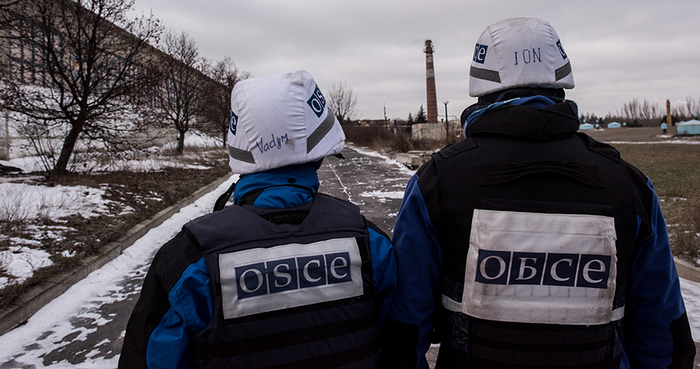 According to him, over the week, there were about 250 truce violations by the security forces, more than 50 homes, a kindergarten and an outpatient clinic were damaged.

At the same time, Basurin declared that the observers of the OSCE mission were unwilling to record the consequences of shelling by the Ukrainian security forces.

He called on the deputy head of the OSCE mission in Ukraine, Alexander Hug, to draw attention to violations by the Ukrainian security forces and "take effective measures to protect the citizens of the republic and international law."

In your inaction, Mr. Hug, we see a frank reluctance to record the war crimes of the current Ukrainian regime. In fact, in spite of our reports and messages of the JCCC, none of the representatives of the OSCE SMM arrived at the shelling sites. And citizens of our republic continue to die and get injured from criminal actions.
- added Basurin.

Ctrl Enter
Noticed oshЫbku Highlight text and press. Ctrl + Enter
We are
Weekly summary (30 January-5 February) on the military and social situation in the DPR from the military officer "Mag"Reports from the militia of New Russia for 7 September 2014 of the year
Military Reviewin Yandex News
Military Reviewin Google News
26 comments
Information
Dear reader, to leave comments on the publication, you must sign in.