December 20 2017
17
In the previous article we talked about the unprecedented growth of the chemical industry in Russia - the newest branch of its economy. Now we want to say a few words about a person who had a hand in creating this industry (and not only chemical) - the richest Russian entrepreneur of the beginning of the 20th century “Russian Morgan” Nikolai Alexandrovich Vtorov.


Nikolai Aleksandrovich Vtorov (born 15 (27) April 1866 in Irkutsk - died 20 in May 1918 in Moscow) - a Russian businessman and banker, the owner of the largest state of Russia at the beginning of the XX century. (over 60000000 gold rubles). He was not only the richest man in the empire — the “Russian Morgan” —but also in the Russian stories (the annual profit of the Vtorov concern on the eve of the revolution was approaching (in terms of the rate of 2000) to 700 million dollars).

Nikolai Alexandrovich was born in a poor family of Kostroma tradesman A. F. Vtorov.

In 1900, a father and son registered a share partnership “A. F. Vtorov ”(from 1911,“ Alexander Vtorov and Sons ”) with a share capital of 3000000 rubles. The company, having an annual turnover of 40000000 rubles, traded in tea, textiles, supplied cotton products for government needs, and also owned city real estate in a number of cities in the Urals and Siberia. It was a family business - almost all units were jointly owned by the Vtorov family.

In 1907, the family entrenched in the Siberian market: Vtorov bought the case of their long-standing competitors - the Staheevs. In the same year, N. A. Vtorov became the commercial director of Serpukhov manufactory.

After the death of his father in 1911, N. A. Vtorov inherited to 150 retail stores, enterprises, units in a number of large manufactories, hotels, taverns, etc. From 1911, Nikolai Alexandrovich became a member of the Siberian Trade Bank.

In 1913, Mr. N. A. Vtorov and Trading House “L. Knoop "acquired the A. Gübner Manufactory Partnership, and then, together with other entrepreneurs, reorganized the trading house" K. Til "in the Society" Supplier "- the latter had to fulfill the orders of the Military Department. In the spring of 1914, Mr. N. A. Vtorov becomes a member of the Management Board and Managing Director of the Share Partnership for domestic and export trade in manufactory.

In the period of pre-war industrial growth, the entrepreneur, dramatically expanding the scale of commercial operations, penetrates into a number of the largest and oldest Moscow firms: Danilovskaya Manufactory, A.Gütner's Partnership, N.N. Konshina's Partnership. Having acquired large packages of the latter, he headed the board.

N. A. Vtorov had a controlling stake in the respectable bank “I. V. Junker and K º, reorganized into the Moscow Industrial Bank (capital of 30000000 rubles) - it was he who became the basis of the Second Empire. The bank previously belonged to the financier D. Rubinstein, known for semi-legal operations and the alleged corrupt connection with G. Rasputin.

The first major merit of N. A. Vtorov to the domestic industry was the creation of the first Russian plant for the production of chemical dyes - the Russian Society of the Chemical Industry “Russian-Paint” (established in 1914 with a capital of 10000000 rubles), and the Russian Coke Company. industry and benzene company "Coxenbenzene" (established in 1916, with a capital of 4000000 rubles). Industrial giants The Society of the Bryansk Plant (capital over 40000000 rubles) and the Donetsk-Yuryevsk Metallurgical Company also came under the control of the entrepreneur.

After the start of the First World, N. A. Vtorov’s textile business was partially transferred to meet military needs: bandages were made necessary for the front. At Vtorov’s textile enterprises, they began to sew uniforms for the army (including the experimental form, which they planned to change into the army after the victory in the First World War, according to the design of V. Vasnetsov and K. Korovin; moreover, soldiers’s headdresses were presented budenovkami)).

A chemical plant appeared on the territory of Serpukhov manufactory.

In 1915, an entrepreneur began to cooperate with the Main Artillery Directorate (GAU) - and N. A. Vtorov was granted an enterprise to which 2 was completed, the so-called. equipment (designed to equip ammunition with explosives) plant and workshops. Their daily capacity - 12000 - 16000 shells. Moreover, N. A. Vtorov brought the total daily capacity to 40000 shells. In total, he received 23 outfits for 17000000 shells. The shells were mainly filled with melinite (picric acid) - they decided to return to it due to the lack of TNT - civilian chemical plants could also produce picric acid.

In December of the same year, a special building was built to equip projectiles with chemical agents - its daily capacity was more than 2500 projectiles.

The front required a colossal amount of steel, and N. A. Vtorov, together with M. I. Tereshchenko and A. I. Konovalov, founded the Elektrostal association (with a capital of 1916 rubles) in 3000000. In 1917, in the Moscow region, a plant was built "for the manufacture of special high grades of steel, including tool, automotive and spring". The company was built quickly and efficiently - despite the overthrow of the monarchy, during the Provisional Government, during the October events.

N. A. Vtorov kept his word - and the state received much-needed steel. The first metal smelting - 17 in November 1917. The plant became city-forming - now in its place is the city of Elektrostal. 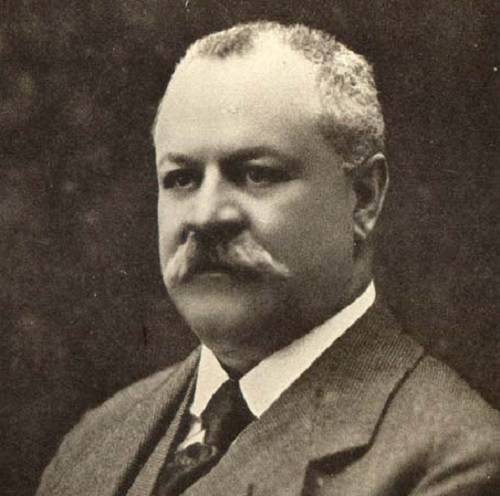 In the post-October period, N. A. Vtorov declared recognition of Soviet power.

He was shot dead on May 20 of the year 18 (killed by a side son, allegedly against the background of a personal conflict). Since the killer shot himself, the motifs remained unclear.

They talked about N. A. Vtorov - everything that he touches becomes gold. Inclined to risk, but realistically assessing the situation, Nikolai Alexandrovich was one of the most extraordinary entrepreneurs of the empire. He was a progressive entrepreneur - industrialist. The mechanization of industrial enterprises N. A. Vtorov was proceeding at a rapid pace. At the same time, N. A. Vtorov did not force his workers to work on 14 hours a day and refused the system of fines. At Votsov enterprises, schools were opened - for workers and for their family members, well-organized dormitories (barracks) were built. N. A. Vtorov was a patron of the arts, donating funds to hospitals for the needs of the injured and wounded. So, they allocated up to a million rubles for the development of Siberian education, for the support of the Irkutsk University, for the creation of an industrial school.

It is difficult to overestimate the influence of N. A. Vtorov on the development of domestic industry in general and the military industry in particular. Later, the Soviet government used many of its initiatives for the development of the country. And during the years of the First World Enterprise, N. A. Vtorov worked “for the defense industry”. Implementing various projects for the formation of a manufacturing market, the creation of a military-industrial complex, heavy industry and metallurgy, N. A. Vtorov and other Russian merchants and industrialists actually accomplished a patriotic feat by erecting new branches of the domestic industry - chemical and metallurgical. And it was extremely important that N. Vtorov headed many undertakings — an energetic, enterprising, and thinker-like man.

The enterprises founded by N. Vovov were nationalized after the revolution and made an enormous contribution to the economic development of our state. And N. A. Vtorov quite deservedly and naturally went a long way from the owner of Siberian wholesale stores to the richest man in Russia.

Ctrl Enter
Noticed oshЫbku Highlight text and press. Ctrl + Enter
We are
Concern "Kalashnikov" modernizes production and expands the range of productsMoney for the army is not enough
Military Reviewin Yandex News
Military Reviewin Google News
17 comments
Information
Dear reader, to leave comments on the publication, you must to register.